Chika Ike or Kim Kardashian - Who is Rocking It? 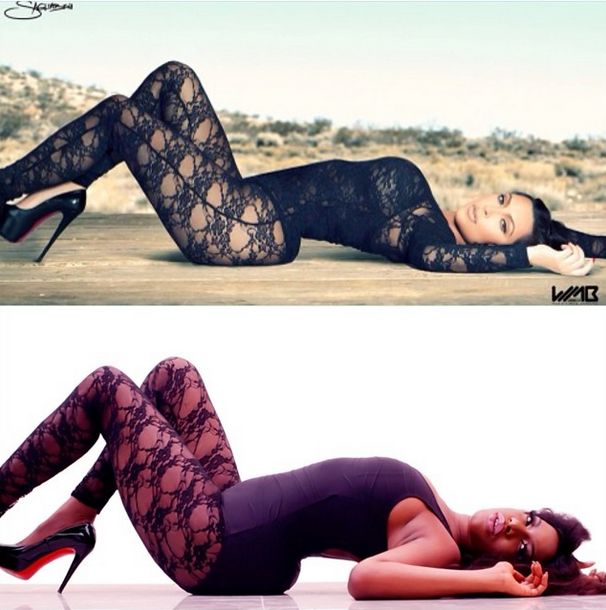 Now the actress is showing us the inspiration for her shoot – Kim Kardashian.

Chika has publicly declared that she is one of the reality TV star’s biggest fans.

On a trip to the US, Chika bought loads of items from Kim and her sisters’ Dash store, and she tweeted at Kim which Kim retweeted.

“I totally love her”, Chika says as she compares herself to Kim rocking the same look, Louboutins included.