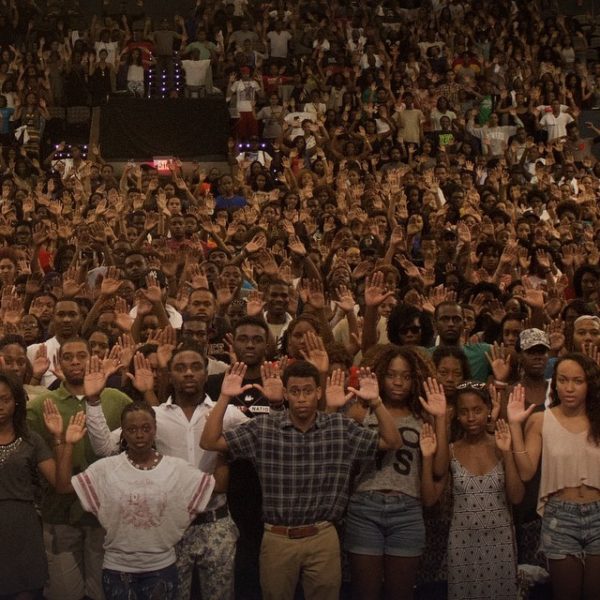 A photo of students of Howard University, Washington, D.C., standing up with their hands raised in protest against the shooting of 18-year-old African-American teen Michael Brown has gone viral.

Over 300 students gathered in the Cramton Auditorium to stand, hands raised, in a pose inspired by the presumed stance of the unarmed teen killed by a Ferguson, Missouri officer over the weekend.

The killing of Brown has led to violent protests and keeps the conversation about race going.

The senior chemical engineering major said, “Howard has a history of social justice, inspiring social change. Our idea was just to organize something—but the fact that there was a Bison hurting for protesting hit close to home.”

Ikenna was also referring to the report that an alum of the institution was shot in head while protesting Brown’s death.

The photo is spreading on social media with the hashtag – #DontShootUs, #DontShootMe