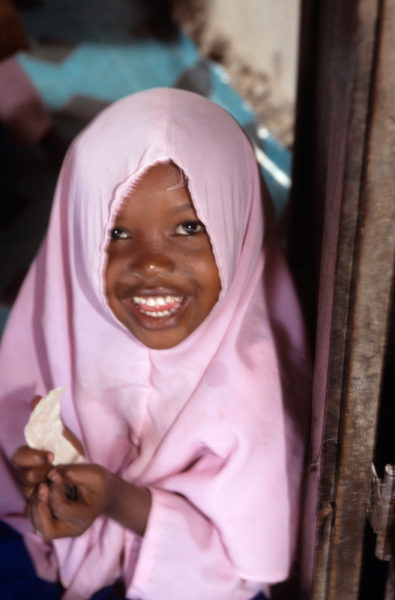 An Ikeja High Court on Friday upheld the ban on the wearing of Hijab (Muslim head scarf) in public primary and secondary schools in Lagos state.

Justice Modupe Onyeabor dismissed the suit instituted against the Lagos State Government by two 12-year-old girls under the aegis of the Muslim Students of Nigeria, Lagos State Area Unit.

The News Agency of Nigeria (NAN) recalls that the government had banned the use of Hijab on the argument that it was not part of the approved school uniform for pupils.

Following the ban, the students filed the suit on May 27, 2013, seeking redress and asked the court to declare the ban as a violation of their rights to freedom of thought, religion and education.

In her judgment, Onyeabor held that the prohibition of the wearing of Hijab over school uniforms within and outside the premises of public schools was not discriminatory.

According to her, the ban does not violate sections 38 and 42 of the 1999 Constitution as claimed by the plaintiffs.

The judge said Section 10 of the Constitution made Nigeria a secular state and that government must maintain neutrality at all times.

Onyeabor said the government therefore had a duty to preserve the secular nature of the institutions concerned as argued by the Lagos State Solicitor-General, Lawal Pedro (SAN).

She noted that since the public schools were being funded by the government, it was therefore competent to issue dress codes and other guidelines to the students.

According to her, the use of uniforms engenders uniformity and encourages students to pursue their mutual academic aspirations without recourse to religious or any other affiliations.

The judge, however, observed that the uniformity sought by the government in the issuance of the dress code would be destroyed, should the prayers of the plaintiffs be granted.

“The non-Hijab wearing students will feel inferior to those who are putting on Hijab.

“The values of plurality and the respect for the rights of others who have subscribed to a non-faith based educational system cannot be breached.

“In that effect, the issue is resolved in favour of the respondents and the suit is accordingly dismissed,’’ Onyeabor said.

Reacting to the judgment, the plaintiffs’ counsel, Chief Gani Adetola-Kazeem, told NAN that his clients would file an appeal against the judgment.

“Well the court has spoken but there are still very many issues to be considered which invariably means that we will appeal the judgment.

“We are simply not satisfied with the court decision.

“The angle through which the court has looked at the issue is quite at variance with the provisions of the constitution. We will definitely appeal,” he said.