Is Rihanna ‘Pulling a Beyonce’ and Dropping a Surprise Album Next Month? 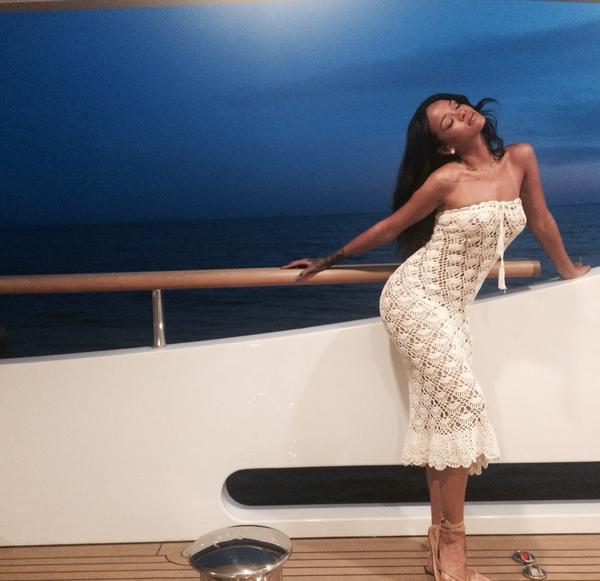 It looks like Rihanna may be getting ready to drop her eighth studio album next month.

Even through everything is meant to be hush-hush; a memo from her record label has leaked online showing that the 26-year-old Bajan singer may be dropping a surprise album on November 25.

According to reports on The Fader (check out the leaked memo here), the leaked memo shows a 14-song tracklist that details collaborations with Nicki Minaj, Drake, Eminem, Kanye West, Chris Martin and Big Sean. The tracklist also has four additional songs listed under ‘Deluxe version’.

Rihanna released seven albums in her first seven years of fame but has not released any album in the past two years after ‘Unapologetic’. So don’t blame us for being eager for some new material from her.

So far there has been no publicity or confirmation made towards the release of any album from Rihanna – we can only keep our fingers crossed till November 25!

Related Topics:R8RihannaSurprise Album
Up Next