Wendy Williams Calls Tiny out for Lightening Her Eyes, Says “It’s like Bleaching Her Skin…It’s Self Hate” 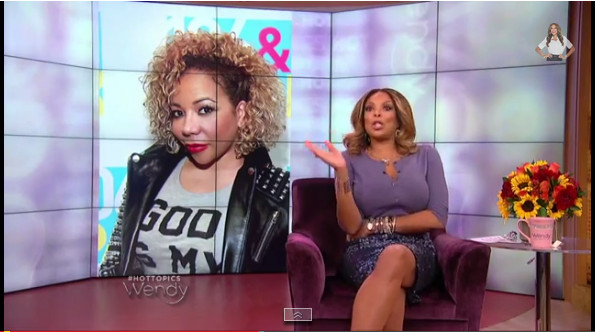 A few days ago American rapper T.I’s wife Tiny confirmed that she had permanently coloured her eyes to a light grey as she had grown tired of wearing contact lenses (click here if you missed it).

With Tiny’s confession came a lot of backlash from her fans and her Instagram followers with a lot of people stating that it was unnecessary.

Well, talk show host Wendy Williams is known for her candour and she has called out Tiny on her talk show ‘The Wendy Williams Show’ while describing Tiny’s actions as a form of self-hate that can be likened to people who bleach their skin.

People on social media are however also coming for Wendy who has always been open about her breast implants and liposuction.

Skin bleaching has particularly been a hot topic this year with Cameroonian singer Dencia and Kenyan video vixen Vera Sidika getting most of the attention.

BNers – do you think that getting your eyes permanently coloured is on the same level with skin bleaching?