A few months ago GQ Magazine wowed the world with Kim Kardashian’s cover of their ‘Woman of the Year’ issue (click here if you missed it).

The fashion and lifestyle magazine has released a list of people for their ‘Men of the Year’ 2014 feature and it includes first openly gay NFL player Michael Sam, comedian Dave Chappelle, actor Steve Carell and more. The list also surprisingly has a few women like actress Shailene Woodley.

GQ describes them as people who totally killed it in 2014.

The magazine released 6 covers, photographed by Ben Watts, for their December 2014 issue with some of their Man of the Year 2014 stars – Chris Pratt, Dave Chappelle, Ansel Elgort, Shailene Woodley, Steve Carell, and Michael Sam. 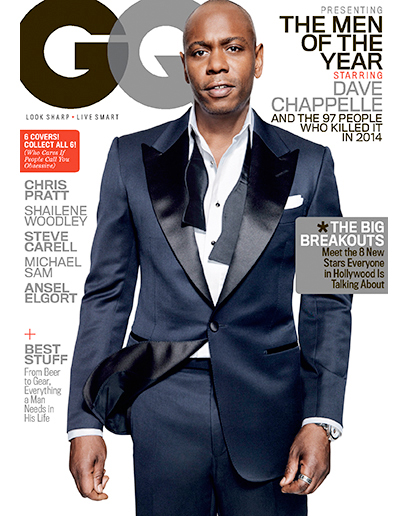 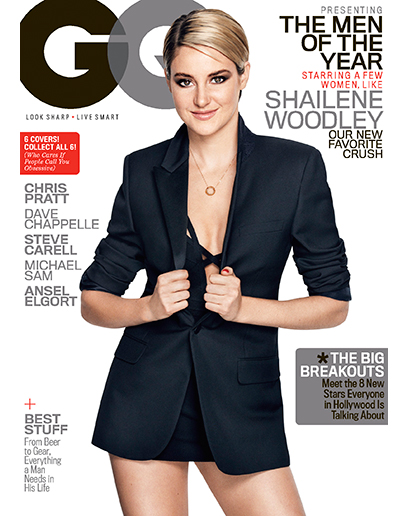 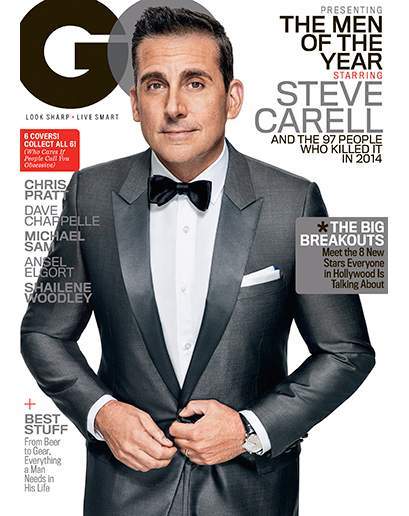 Check out more covers for GQ Magazine 2014 Man of the Year feature here.

Wardrobe Malfunction or Fashion? Keke Palmer Steps Out In a Sheer Top & Sheer Bra for a Movie Premiere