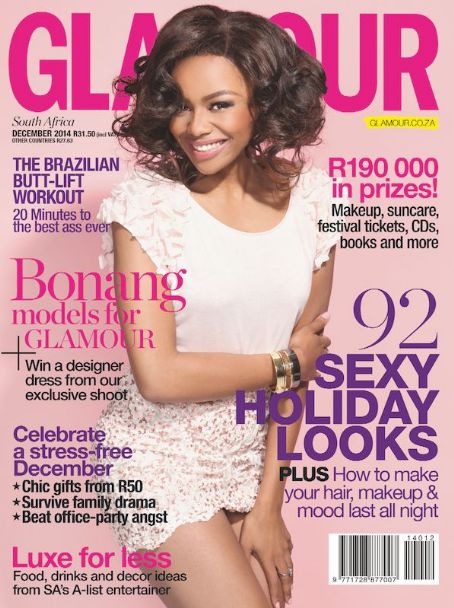 Popularly known as Queen B, she recently hosted the 2014 MTV European Music Awards Red Carpet and was recently chosen as an ambassador for Ciroc Africa; now has become the 1st local South African on the cover of Glamour magazine South Africa’s December 2014 issue.

Her loyal fans on Twitter and Instagram are already over the moon upon hearing the news, and Bonang had this to say via her official Instagram page (@bonang_m) a few minutes ago – “Proud to announce!!! 1st black local star on the cover of Glamour South Africa!! December 2014 issue goes on sale TODAY!! Hair by @saadique.. Photography by Steve Tanchel…#BreakTheRules”.

Congratulations to the Queen! See some editorial shots below; 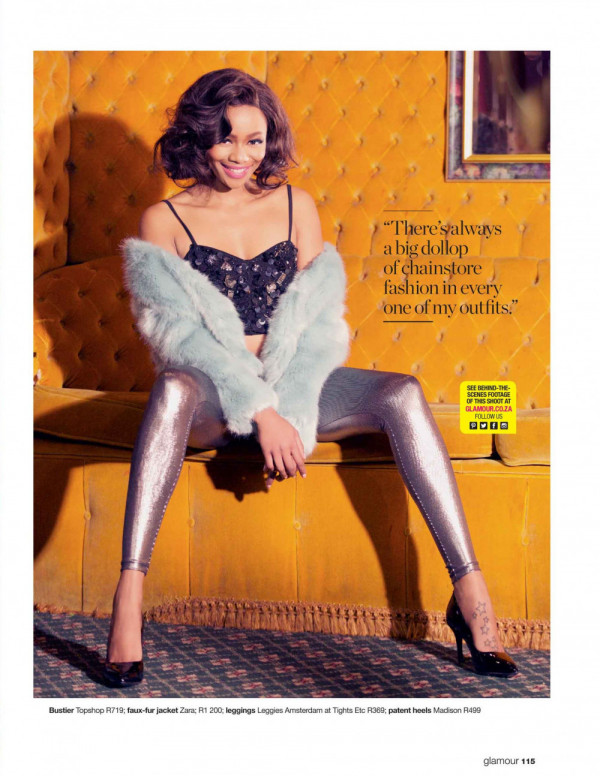 Yoga and Good Genes; Two Things That May be Responsible for Omowunmi Akinnifesi’s ‘New’ Butt