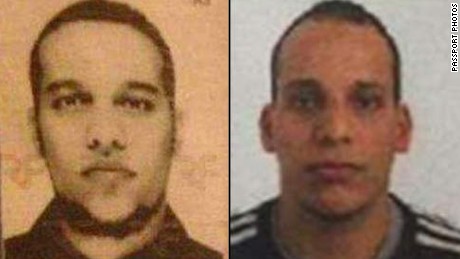 CNN reports that the suspects were killed in a town about 25 miles northeast of Dammartin-en-Goele, where police had surrounded the building in which the brothers were holding a man hostage. The man was unharmed.