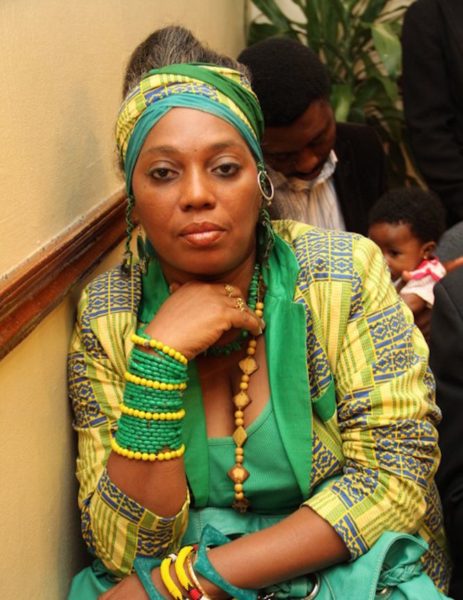 Yeni Kuti is the first daughter of the late Afrobeat legend, Fela Anikulapo-Kuti as well as the manager of all his properties – including the very popular Afrika Shine – and in a new interview with Nigerian Tribune; she opens up about a lot of things.

The single mum talks to the newspaper about how Polygamy changed her views on infidelity and more.

On her turnoffs in men: I hate lazy men a lot. But the African society has put women at the receiving end one too many times. For instance, if a woman doesn’t give birth, all eyes will be on her, while no one will even point a finger at the man, and it might be the man who is sterile, while the woman is very fertile. I think we women need to fight for our rights more.

On men and women having equal rights: We have more rights, yes, but equal rights? I don’t think so. Why did you say so? When I tried to buy a gun, they said they don’t sell guns to women. Armed robbers had attacked us at home and I needed a gun to protect myself.

On if she can shoot someone: Ah, if my life or my child’s life is in danger, yes I will fire the culprit without thinking twice. Even when I did gun practice a while ago, it was very interesting, because I was able to see how people become killers, as one gets a lot of power holding a gun. But unfortunately, I wasn’t allowed to own one. Meanwhile, men can own guns. Funny enough, I believe we women are the stronger sex. A man cannot take a broken heart the way a woman would. A woman will take a broken heart and move on. An average man will not recover from a broken heart for years.

You can read up the rest of the interview here.

Related Topics:PolygamyYeni Kuti
Up Next

Photos: Mbong Amata & Jeta Amata Spotted Together for the First Time since Separating in 2013