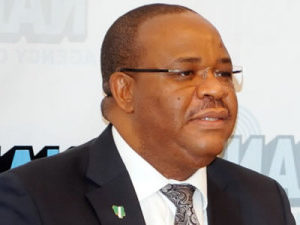 Minister of Works, Mike Onolememen, has revealed that the ministry’s N100 billion proposed budget for 2015 has been cut down to N11 billion by the Ministry of Finance.

Onolememen, stated that the finance ministry took the drastic action due to “the economic realities on the ground,” Punch reports.

The minister further expressed concerns that “only 33 out of the 210 ongoing road projects had been provided for in view of the lean allocation to the ministry.”

He also stated that the budget was insufficient to encourage contractors to sustain significant progress on their respective work sites.

In addition, Onolememen stated that since 2011, the ministry of works had always been owed outstanding budgeted funds.