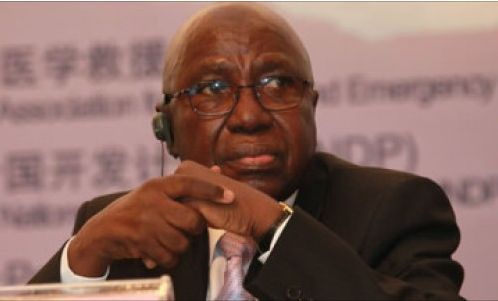 In the most recent update of the Xenophobic attacks in South Africa, the Nigerian Government has recalled its High Commissioner to South Africa, Martin Cobham; and his deputy, Uche Ajulu-Okeke in protest against the continued attacks on Nigerians and other foreign nationasl by locals in the country.

According to the Minister of Foreign Affairs, Aminu Wali, in a statement made on Saturday, the action was taken for consultation in connection to the ongoing violence. He said – “The Honourable Minister of Foreign Affairs, Ambassador Aminu Wali, has summoned for consultation, Nigeria’s senior diplomats on tour of duty in South Africa. These are the Acting High Commissioner in Pretoria, Ambassador Martin Cobham, and the Deputy High Commissioner in Johannesburg, Ambassador Uche Ajulu-Okeke.”

“The invitation is in connection with the ongoing xenophobia in South Africa targeting foreigners, mainly African migrants.” “It will be recalled that the current spate of attacks began about three weeks ago, and have so far claimed some seven lives, destruction of property and created fear and uncertainty in the minds of African migrants in the former apartheid enclave.“