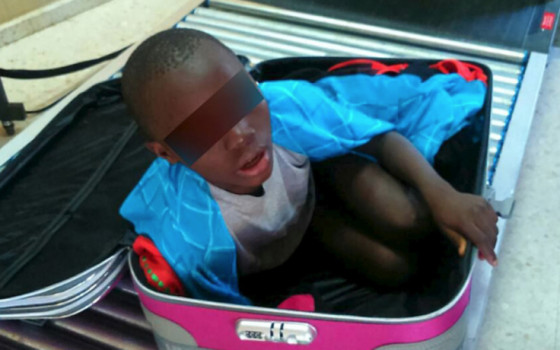 An 8-year-old boy from Ivory Coast was found locked up in a suitcase in a failed smuggling attempt into Spain.

CNN reports that he was bundled up tightly in a fetal position, in a pink, medium-sized polyester suitcase, that also contained a few personal belongings. He was locked up in the suitcase for several hours. The boy, who is now in custody of Spanish police, was discovered Thursday in El Tarajal, a terrestrial point of entry at Spain’s border with Morocco.

According to the report, here is how the boy was discovered:

On Thursday, police officers in El Tarajal became suspicious when a 21-year-old woman, a Moroccan National, showed signs of nervousness as she attempted to cross the border wheeling the suitcase down the street.

“Our officers asked her if she needed help as the wheels began to give in,” a police spokesman said.

Suspecting a drug smuggling case, police brought the suitcase in for an x-ray. That is when they found the boy. 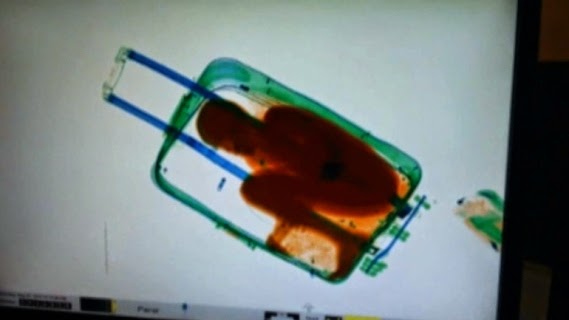 He was immediately taken to a state child custodian and awaits judicial process, the official said.

A man who is apparently his father, identified as A.O., was arrested a few hours after the boy was found. The man, who has permanent residency in Spain, awaits formal charges.