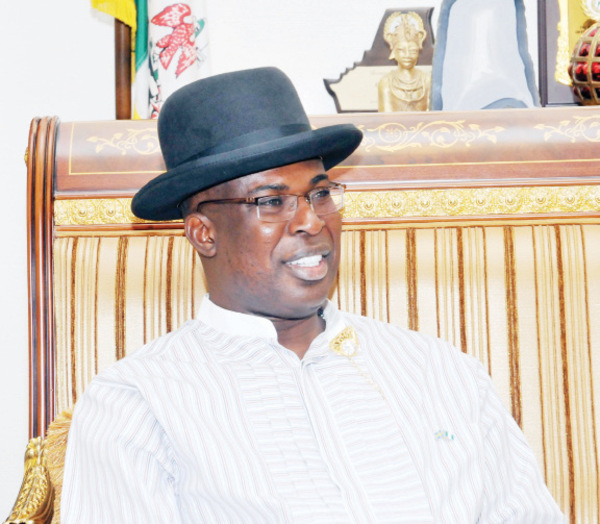 Sylva, who allegedly committed the offence between October 2009 and February 2010, was earlier arraigned on June 5, 2012 before Justice Adamu Bello who has retired.

The case was re-assigned to Justice Evoh Chukwu for determination.

At Monday’s proceedings, Sylva pleaded not guilty to all the six counts, as he did before Justice Bello in 2012.

The former governor also has similar charges pending against him before Justice Ahmed Mohammed of the same Federal High Court in Abuja.

Festus Keyamo, the prosecuting counsel, told the court that Sylva fraudulently converted various sums of money belonging to Bayelsa, in an effort to conceal their illicit origins.

The ex-governor was accused of conspiring with other unnamed persons, said to be at large, to commit the alleged offences. The commission also said Sylva converted N380 million, property of Bayelsa State Government, on Jan. 22, 2010.

It added that this was done through the account of one Habibu Sani Maigida, a Bureau De Change Operator with Account No. 221433478108, in Fin Bank Plc.

It accused Sylva of converting N50 million belonging to his state through the account of one Enson Benmer Limited with Account No. 6152030001946, in First Bank Plc. It said the accused, on January 5, 2010, converted N20million belonging to Bayelsa State, through the account of one John Daukoru with Account No. 04800250000418 in United Bank of Africa Plc, all to personal use.

According to the anti-graft agency, the offences contravened the provisions of Section 17 (a) of the Money Laundering (Prohibition Act), 2004, and Section 14 (1) of the same Act, and more.

Following the arraignment and Sylva’s not guilty plea, Israel Olorundare (SAN), his counsel, made an oral application to grant his client bail.

Keyamo, represented by John Ainetor, did not oppose the application.

He adjourned the case to May 25 for commencement of trial.