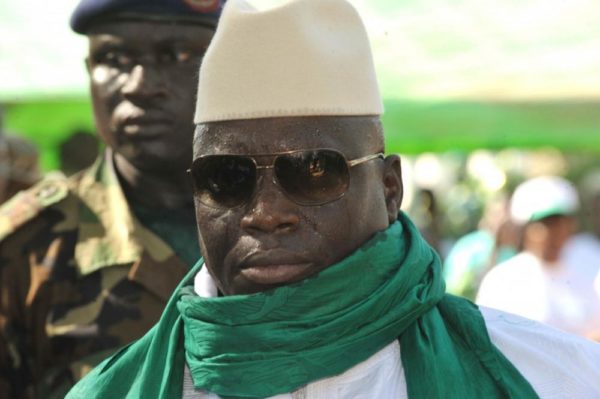 Gambian President, Yahya Jammeh is well-know for being very vocal about his homophobic views.

In his latest outburst, he threatened to slit the throats of gay men.

Washington Post reports that during a rally in the town of Farafeni, Jammeh said the following in regard to homosexuality:

“If you do it [in Gambia] I will slit your throat,” Jammeh said. “If you are a man and want to marry another man in this country and we catch you, no one will ever set eyes on you again, and no white person can do anything about it.”

According to reports, in 2008, Jammeh said he would cut off the heads of gay people. And in 2013, he reportedly stated:

“Homosexuality is anti-god, anti-human, and anti-civilization. Homosexuals are not welcome in the Gambia. If we catch you, you will regret why you are born. I have buffaloes from South Africa and Brazil and they never date each other. We are ready to eat grass but we will not compromise on this. Allowing homosexuality means allowing satanic rights. We will not allow gays here.”

Just last year, the European Union cut aid to Gambia due to what has been described as the country’s deplorable human rights record, which included the country’s introduction in October of a tough anti-homosexuality law that could lead to life sentences in prison.