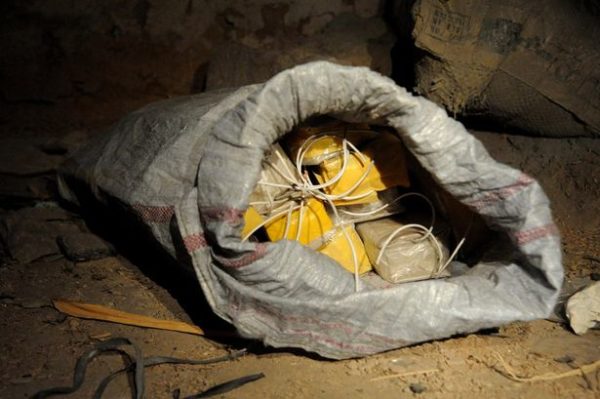 A bag filled with improvised bombs discovered by Civilian-JTF, a youth vigilante group, was detonated accidentally, resulting in the death of 63 people. Many were also injured.

The incident occurred around 5 p.m on Tuesday, Daily Post reports.

An eyewitness and operative of the Vigilante Group of Nigeria (VGN), Haruna Bukar, told journalists on phone that a group of Civilian-JTF on patrol along Monguno-Marte route stumbled upon a bag containing metallic substances at an area where Boko Haram terrorists had once camped.

“When they found the bag containing what later turned out to be improvised explosives, they brought it to Monguno town where people gathered to take a looks at it. As they were busy fiddling with the content of the bag, the bombs went off with a massive blast that killed about 63 persons and injured dozen others”, said the eyewitness.

“It was really a very sad incident that affected many families. Most of those affected are young men and a few number of females.”