Congratulations are due as Coca-Cola unveils Winning Couple in its 'Share a Coke at my Wedding' Competition! 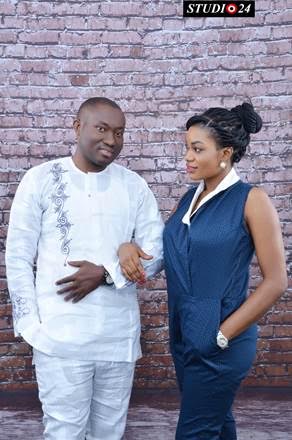 They say there’s no such thing as a coincidence. But accidents do happen, and for Chioma and her beau, a near-fatal car crash provided proof that their love was meant to be. The story of their journey through the path leading to wedded bliss has won them the coveted prize in Coca-Cola’s Share a Coke at My Wedding competition.

The competition which started May 11th, recorded a number of entries from couples in form of their love stories. The entries were subsequently pruned to a shortlist of 5 stories and opened to the public for voting.

At the end of the voting period, Chioma and her beau emerged the winning couple with a total of 349 fan actions (89 comments, 251 likes and 9 shares) on Facebook.

Theirs is a tale of tentative first meetings, blossoming romance, ominous events and love conquering all. It began in university and now has taken them ever closer to their much-anticipated wedding day.

Coca-Cola, of course, will celebrate them with a dream photo-shoot by wedding photographer, Jide Odukoya and a donation of 30 cases of personalized Coke at their reception. So, let’s raise a glass as we Share a Coke with the soon to be couple.

Here’s to true romance and love that never dies!

Related Topics:ChiomaCoca-ColaCoca-Cola 'Share a Coke at my Wedding' CompetitionJide Odukoya
Up Next

BN Weddings – Video: “The Dance Floor was not for the Faint-Hearted!” Abi & Joseph’s Rocking Wedding