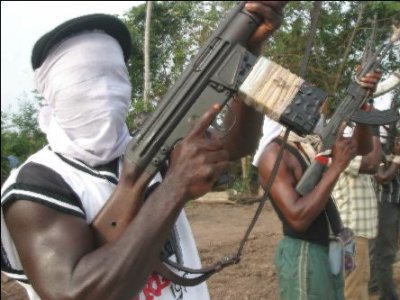 Three suspected robbers who were being pursued by police in Warri, Delta State on Tuesday escaped by spraying bundles of Naira into a crowded street, thus causing commotion and aiding their escape.

Vanguard reports that the gimmick was effective, as people on the street scrambled to grab the Naira notes.

Confirming that he incident took place in the Ajamuogha area,Police spokesperson in the state, Celestina Kalu, said:

On sighting the patrol team, the suspects zoomed off and the patrol team gave them a chase to Ajamugha Sharp Corner, where the three occupants alighted from the Vento car and ran into the crowd of people throwing money at the people. They eventually escaped.

Efforts are on to track down the fleeing criminals.”