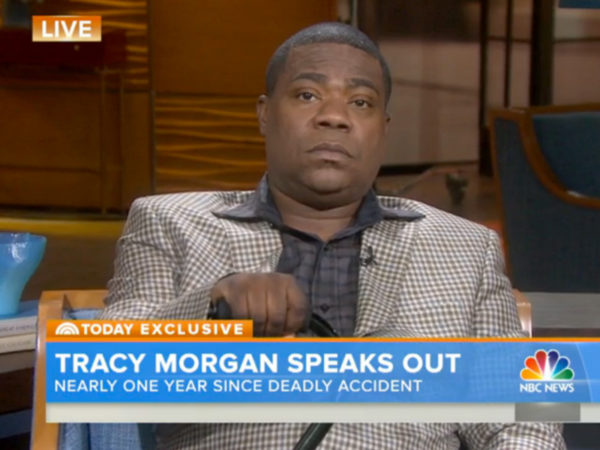 Comedian and actor Tracy Morgan is giving his first ever interview after his fatal car crash in June 2014.

The car crash left Tracy Morgan in critical condition and his friend, James McNair passed away.

In a new interview with The Today Show, which aired on Monday (June 1), the 46-year-old talks about how his healing process has been.

On losing friend James McNair: “The case is settled, but the pain is always going to be there for Jimmy Mac. Bones heal, but the loss of my friend will never heal… [Mac] was a close friend of mine, a comrade in comedy. He was a loving man, and he was a warm man. He was a good man. It’s just hard for me to see that he’s gone.”

Watch the clip below:

Related Topics:Tracy Morgan
Up Next