Jennifer Obiuwevbi: Dear Mom, Your Words Can Make or Break Me 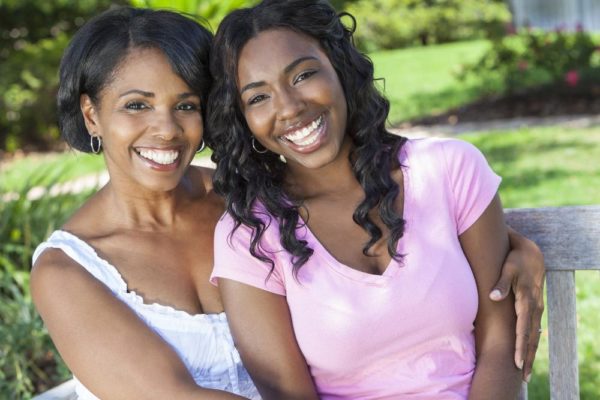 I once heard a story about a Caucasian girl who killed herself because her mom’s friend told her she was too fat.

In her suicide letter, she explained how she wasn’t sad because of what her mom’s friend said, but the fact that her mom stood by and laughed while she said it, and didn’t do a thing to defend her honour.

She had basically felt her mom didn’t have her back, even as she braced the world in her plus-size figure.

There is a strong bond between a mother and her child – some think it’s because of the 9 months they spend together inseparably or just the fact that a mom has that nurturing nature. Others think it’s a God-given gift to help mothers cope with raising a child. Be it what it may, over time, that strong bond gets deeper and stronger when she pushes you to life, holds you in her arms and tells you she loves you for the very first time.

And it gets even deeper when she calls you beautiful, her baby, her precious, the best thing in the world and promises to be your number 1 fan for ever.

So it’s funny how that sort of changes when you fail your first test, get caught cheating in class, get your school uniform dirty, spend her change or take your daddy’s meat from the pot.

I once had a neighbor who had 2 kids. Not a day went by where she didn’t hurl abusive words at them – idiot, fool, bastard, ‘ode’ good for nothings, stupid, useless, ‘oloriburuku‘ – you name it; it was called at least once. But do you know the odd thing? When they turned 9 & 7, she threw the biggest party for them and even gave a speech about how her kids are the light of her life.

I have since come to realize that the words of parents are like a double-edged sword; they can be used to break or build a nation. A mother’s positive affirmation for her child goes a long way, both mentally and spiritually, to make that child either stand tall or shrink & hide.

Growing up, a child starts to form an opinion of self and this perception is rooted in what they hear as they grow up, and how you see them has a whole. It acts as a foundation for how they start to see themselves. I think if you call your child useless long enough, they just might end up being just that.

It can be a vicious cycle that gets passed down from your generation to your kids, and their kids; breaking bonds and hearts and spirits and will as the years go by. This cycle is a destroyer; and you just need to make sure you plant a seed and not a weed.

In recent times I came across a video created by BuzzFeed that got me thinking about this same topic. Titled “Things I Wish I Could Tell My Mom” – the video centers on the many times a mother’s words can either make or break her children’s will to live life to the fullest.

Related Topics:BuzzfeedJennifer ObiuwevbiThing I Wish I Could Tell My Mom
Up Next