The King of Comedy? Kevin Hart Strips Down for Rolling Stone Magazine 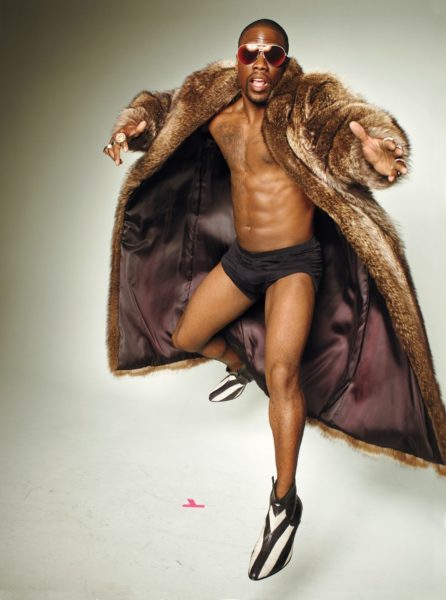 Kevin Hart is unarguably one of the hottest comedians in America right now and he is doing in big in both Stand Up and TV Screens.

The actor had a chat with Rolling Stone magazine as he graces the cover of their latest issue.

In it he talks at length about learning to channel his pain into laughter and how he has become the household name that he is. 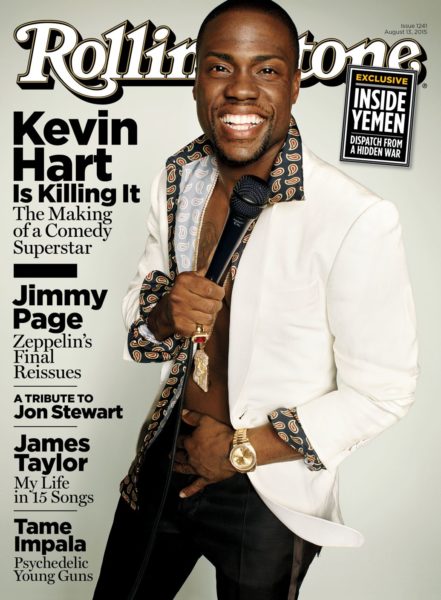 On Eddie Murphy: He was my generation’s, like, ‘Holy shit, this guy is unbelievable’ — people fall at his feet, everything he says is golden.

On combining fitness and charity: I’m gonna run up the Rocky steps for the finish. People think these runs are just for fun. My number-one priority is: People are dying. They need to get off the couch. Fitness is real. Aunt A and Uncle C are dying. We gotta get people to understand that. Number two? Kevin Hart is a walking marketing tool. Say you guys have a new product coming, say it wicks the moisture, whatever, I don’t know what the f* it does — whatever the product is, I can wear it and market it at the runs in a way that looks authentic. It won’t look like a commercial. Because I’m actually your consumer, the non-athlete who works out hard, and I have a direct connection to my fan base.

On doing charity: I’m donating money from my Philly show to renovate parks in the inner city, put them in my mother’s name, out of my pocket. I’m doing playgrounds because I want something visual that I can be associated with. With or without a brand, I’m doing it.

On choosing comedy over school: I went to community college for, like, a week and a half, but then I fell in love with the whole comedy thing, and I told my mom, ‘This is what I’m going to do, I really have a passion for this’. She said, ‘I’ll help you out for a year.’

On getting support from him mum: She was putting the rent checks in my Bible, and there was a point where I was back on my rent for, like, two months and I was like, ‘Mom, I need the checks.’ And she was like, ‘Have you been reading your Bible?’ I would just keep lying: ‘Yes, Mom, it’s not about that right now.’ She said, ‘When you read your Bible, I’ll know.’

On struggling as a comedian: I’ve been to some of the damnedest places for comedy. I performed in a place in Atlantic City called Sweet Cheeks. It was a male strip night, and some nights a female strip night, and in the middle they would stop the stripper show and have intermission, where as comedians it was our job to go up and make the people laugh. I performed at family dinners, family functions, like where you get there and you’re the entertainment for a household. You name it: All shots to my pride have been taken.

Read up the rest of his interview here.