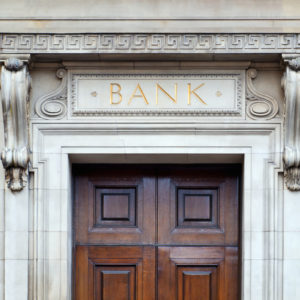 BellaNaija can confirm that banks around the world have commenced closing accounts held by Nigerians.

If you may recall, in May 2015, news filtered through social media that accounts of Nigerians in the UAE specifically in Dubai had been closed.
At the time, no official reason was given, however sources at the Dubai Financial Services Authority (DFSA) disclosed that this was as a result of Dubai’s efforts to curb money laundering.

A growing Nigerians with accounts in the United Kingdom, United States and Canada have reported their accounts being closed without any clear explanation from the banks. Many have received letters stating that the banks have decided to close their accounts as they reserve the right to do so based on bank/client agreements. Letter packages have included cheques amounting to the closing balance and/or instructions on how to retrieve their cash.

While there is no clear and official reason for this exercise, sources have revealed that this is as a result of ongoing anti-money laundering discussions between the Nigeria’s Buhari-led government and their international counterparts.

In addition, countries around the world are clamping down on banks which aid money laundering by imposing huge fines and penalties. Therefore, the banks are working overtime to “clean up their acts”. In June 2015, it was revealed that HSBC paid over $43million in Geneva to settle a money laundering case.

Please note that based on information received so far, while no clear pattern for account closing selection has been revealed; Affected parties have excluded those who have a clear and defined source of the funds in the account. For example, work permit holders with salaries remitted into their accounts or  current students with fees and reasonable pocket money paid into their accounts have not been affected so far.

However, Nigerians who transfer money from their Nigerian accounts to foreign accounts, students with unexplained large balances and Nigerians who made cash deposits into their accounts abroad have been affected so far.

BN will keep you updated on developments. If you have a foreign account, we encourage you to check the status as soon as possible and continue to monitor your accounts as this is an ongoing exercise.