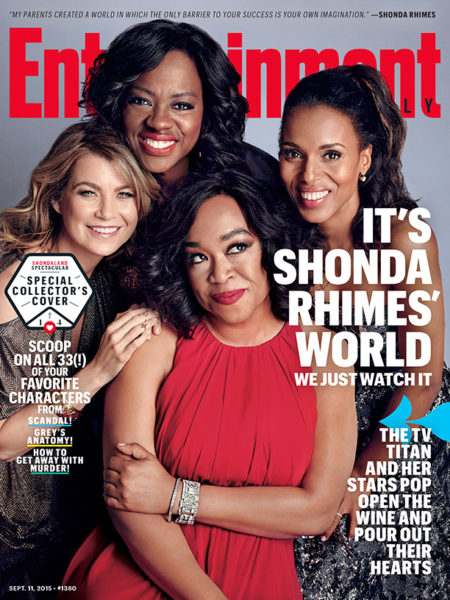 The leading ladies for all three of Shonda Rhimes’ hit series join her on the cover of Entertainment Weekly and we love it!

Just a few hours after revealing an EPIC photo with the cast of How to Get Away with Murder, Scandal and Grey’s Anatomy, Shonda Rhimes has landed the cover spot with Kerry Washington, Viola Davis and Ellen Pompeo – three ladies that make us #ThankGodItsThursday.

Entertainment Weekly blessed the world with 3 additional covers featuring the stars of her hit series. 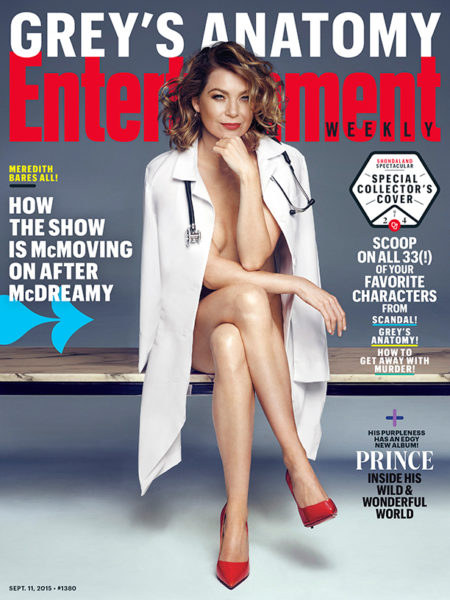 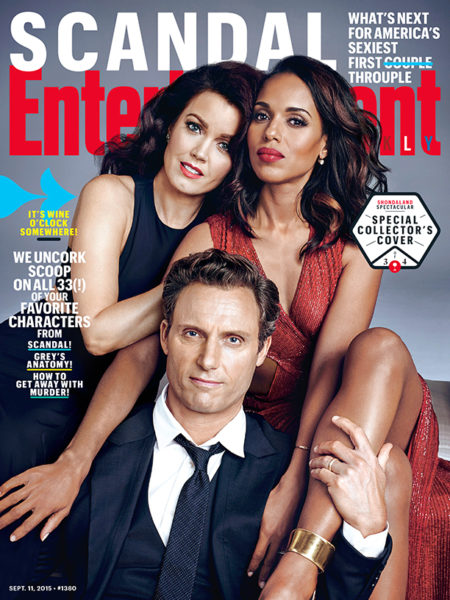 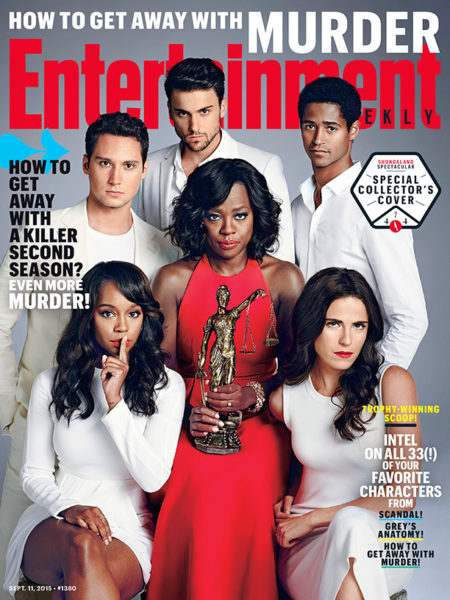 Here’s what they had to share with EW about their shows – and Shonda.

Ellen Pompeo on the sexist response to McDreamy’s death: “All of a sudden, ­Patrick [Dempsey] leaves, and it’s like, Oh my God, ­Meredith’s gonna get killed with Alzheimer’s! The show couldn’t possibly go on ­without the man!”

Viola Davis on colorism in the entertainment industry: “You have to come from Detroit or Atlanta to be black. If you have John Denver on your iPod and you come from Central Falls, Rhode Island, then: Eh, you trickle-down black woman.”

Kerry Washington on why it’s different to work for a female showrunner: “I was talking to an actress who’s pregnant and really worried about telling her bosses, and I said, ‘Yeah, when I told my boss I was pregnant, she literally jumped up and down in my trailer.’ I don’t know if there’s a male show­runner who would do that.”

Shonda Rhimes on why her parents were Gladiators: “When I encountered something that felt like racism—like my high school guidance counselor ­saying to me, ‘Honey, I don’t think you were made for Ivy League schools’—I called my mom at work and said, “Mom, this lady says I’m not made for Ivy League schools.” And my mother said, “Hold on, I’ll be there in five minutes.” My mom drove up to the school, walked into the guidance counselor’s office, came out, and said, “Everything’s fine now.”

For more about their cover visit Entertainment Weekly.

Omoni Oboli is ‘The First Lady’ in this Comic Drama with Alexx Ekubo, Joseph Benjamin & More | Watch the Trailer