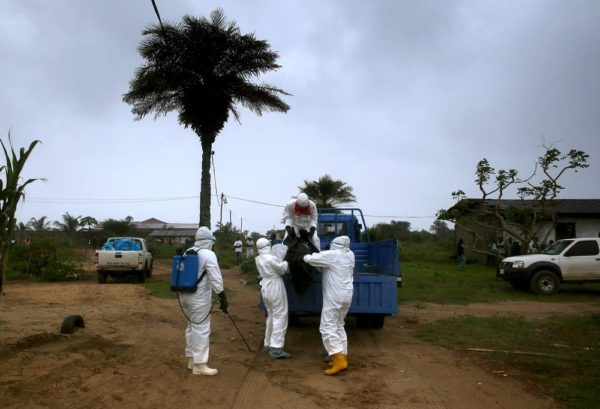 A senior health official said on Tuesday that Sierra Leone has recorded four new cases of Ebola in a village on its northern border.

Pallo Conteh, Head of Sierra Leone’s National Ebola Response Centre, said that the country would likely see more infections in a further setback in a bid to end an 18 month West African epidemic.

The new cases recorded since the start of the weekend in Sella Kaffta, a village in Kambia District, were all individuals, who came into direct contact with a woman who died of the disease late August.

Conteh said the woman’s family had failed to notify authorities when she fell ill and instead cared for her themselves.

“I am expecting more cases, we are sure that the body was washed. All those who took part in the washing of the corpse, all those who were helping her when she was having wet symptoms would all become infected,” he said.

Soldiers and police have been brought in to ensure that over 1,000 villagers remain in their homes during a quarantine period.

Conteh said one individual who had been in contact with the dead woman was still missing.
“Authorities were attempting to track her through her telephone communications. The tradition of washing bodies before burial has been one of the primary sources of transmission of the epidemic, which has killed over 11,300 people mostly in Sierra Leone, Liberia and Guinea.

Intensive information campaigns about the risks of such practices have been partly credited with slowing the progression of the epidemic but they have also met with resistance.

Our people are stubborn, until they stop doing what I call the silly things we will have cases popping up here and there,” Conteh said.

Related Topics:EbolaEVDSierra Leone
Up Next