Two Nigerians with Corpse in Their Car Arrested in Ghana - VIDEO 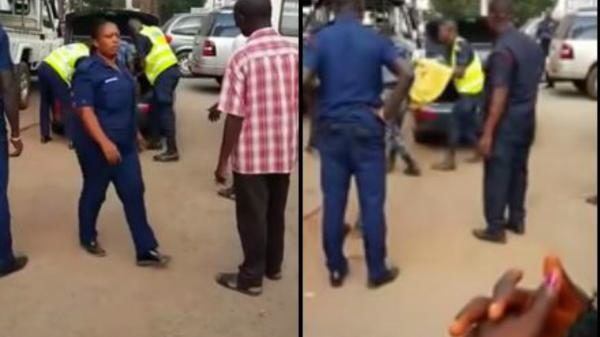 Two individuals in Ghana, said to be Nigerians, were arrested two days ago after police found a dead body in the boot of their car.

According GhanaWeb, to arrest took place around Haatso, a suburb of Accra, after the Toyota Corolla car the suspects were driving in was stopped for inspection by police.

The lifeless body was discovered wrapped in a yellow polythene in the boot of the car.