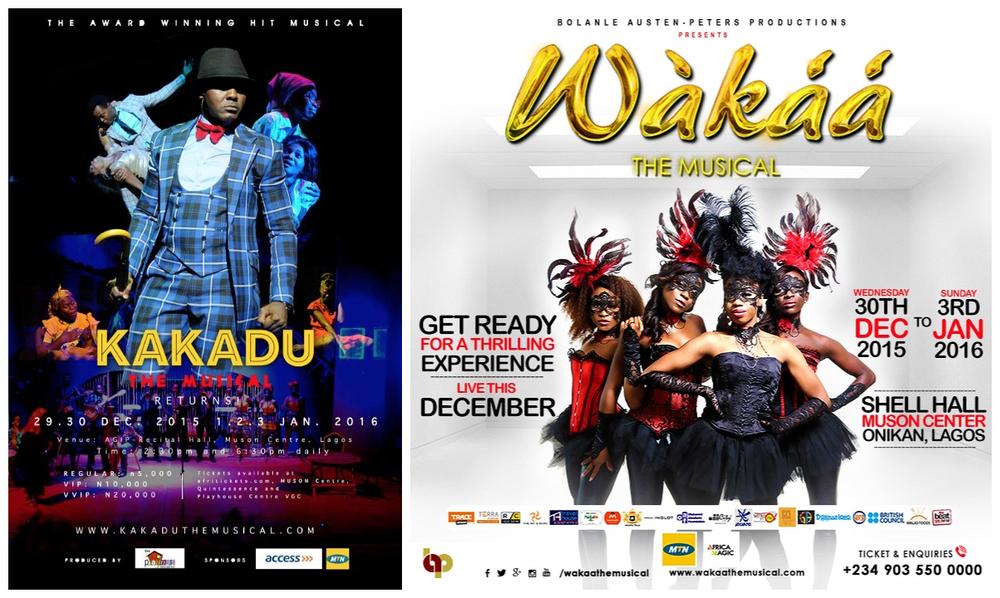 As part of its efforts in contributing to the advancement of theatre and performing arts in Nigeria, MTN Foundation is sponsoring two notable stage plays – Kakadu, The Musical and Wakaa, The Musical from the stables of Playhouse Initiative and Bolanle Austen-Peters Production respectively.

It is worthy of note that some of the beneficiaries of the MTNF-sponsored Muson Scholar programme who have excelled in their chosen careers are part of the two plays. For instance, two of the beneficiaries – Ayo Ajayi & Lawal Seyi who graduated in 2008 & 2014 respectively are part of the cast & crew for ‘Wakaa, The Musical.’ While the former is the play’s Music Director, the latter is the Tenor Sax.

Executive Secretary for the MTN Foundation, Nonny Ugboma said the foundation is excited to see a crop of beneficiaries of its music scholarship programme in partnership with Muson School of Music distinguishing themselves in their chosen careers, applying what they have learnt in the course of their programme. She also said the foundation will not relent in its commitment to grooming the next generation of music scholars in support of the performing arts industry in Nigeria.

The MTNF music scholarship programme which is implemented in partnership with the Musical Society of Nigeria is targeted at students with a flair for music, and it provides them the opportunity to acquire qualitative music education leading to the MUSON Diploma in Music. Over 130 musically talented students have graduated from the programme since the scholarship programme commenced in 2006, and another 60 are currently in training.

Kakadu, The Musical is a story of dreams, hopes, peace and war, of friendships and broken promises, of pain and loss, and of love and innocence. It’s an exciting blend of the western music of the sixties that influenced musical expressions in the 1960s Africa, with highlife, afrobeat, contemporary and traditional Nigerian folk music,to produce the most wonderfully eclectic musical ever.

On the other hand, Wakaa, The Musical is a play about the trials, successes and experiences of six young graduates with varied background, a wager between them after graduation has a twist when the realities of life and the folly of their choices hit them. Eventually they reunite, coming full circle. The story reveals the struggle and challenge that young people face in present day Nigeria and abroad. ‘Wakaa, The Musical’ takes you on an emotional roller-coaster, and is a strong satire of Nigeria’s politics.

The two plays will hit the theatre as from December 29 and run through January 03, 2016.