“Queen” Tiwa Savage Is Back! See Her Fab Spread for ThisDay Style Magazine

According to Tiwa Savage fans on Instagram, their queen has just made a stylish comeback with this editorial spread shot by TY Bello for ThisDay Style magazine. TIWA SAVAGE : FAITH I couldn’t wait to see the clothes @tiwasavage would be photographed in .Especially that #RED dramatic dress that just wouldn’t leave my head ..I had never seen the dress before but it made such a strong impression in my heart ..I KNEW it had to EXIST. ..I had built some black panels to create an enclave for Tiwa to stand in.I wore my clothes inside -out ready to quickly paint the panels into what ever Colors worked with the clothes when they arrived . … And arrived they did.. A beautifully curated set of outfits that interpreted everything we had discussed.. But ALL IN BLACK!.. I had been silent about color when we pre planned to keep things fluid… But I understood that black was very versatile but sometimes difficult color to build a story on and I had to make a creative decision on my approach . I scanned the room for all that we had : amazing BLACK clothes and RED props from Mushin market … My biggest prop being an old RED Toyota starlet with BLACK and white faux -fur seats that I had chased down in Mushin market traffic the day before ..Convincing it’s driver ( who at first thought I was crazy )to bring it over to me the day before . I chose to shoot every thing AS THEY WERE. It became clear to me that I was going to have to ‘FAITH-IT’with this shoot . Black paired with red was stark and looked nothing like the pallet of different colors and tones that danced on the photos in my mind. So I had to make the images .. With what we had ..KNOWING and TRUSTING that the color pallets I SAW already EXISTED in the RAW black and red pixels and only had to be CALLED OUT in postproduction . This is how life is .. Not very predictable and sometimes we have to DECIDE to SEE the beauty when it’s not so obvious . So what ever color life is serving remember @tiwasavage and that Faith always makes new options … CALL out the red .. CALL out the green .. And all the colors in between ..! #tybellophotography #photostories 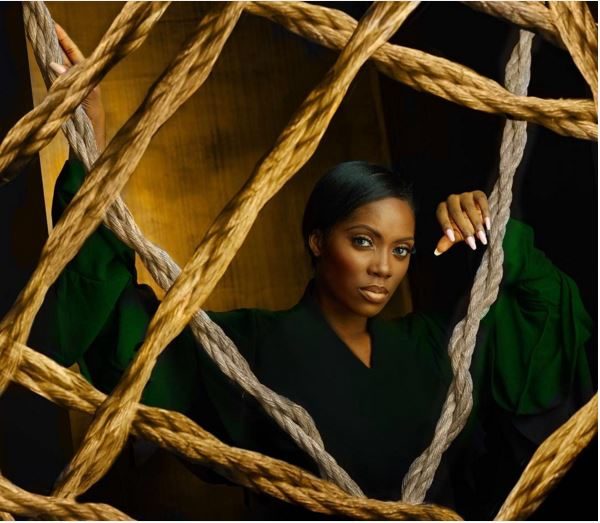 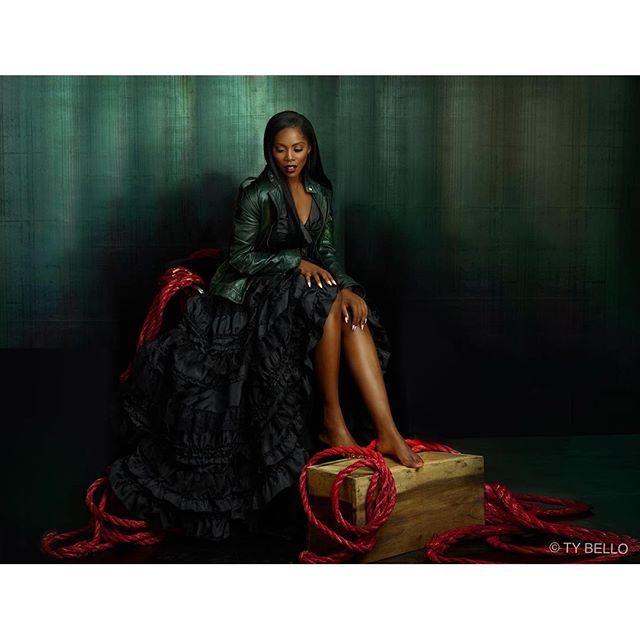 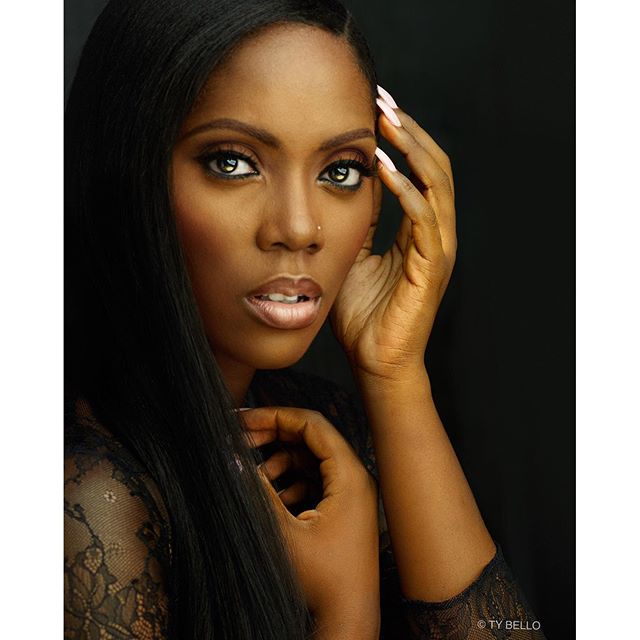 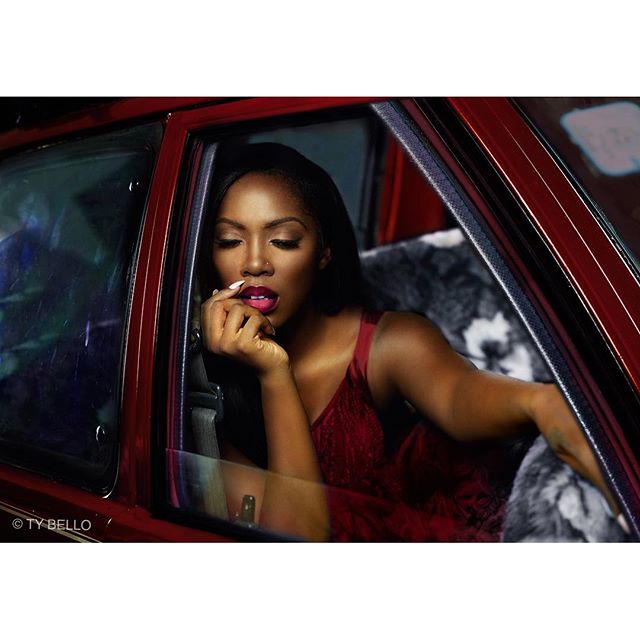 The editorial is themed “Calling Forth Colour” and in it music star Tiwa Sagave embraces bold colours like red and green.

Be sure to pick up a copy of the magazine for the full spread and her interview. Who is “Fat”? Uche Jombo Calls Out Fans for Cyber Bullying

A Dig at the AMVCAs? Yvonne Nelson says most awards in Africa are “Who they Cool with Awards”