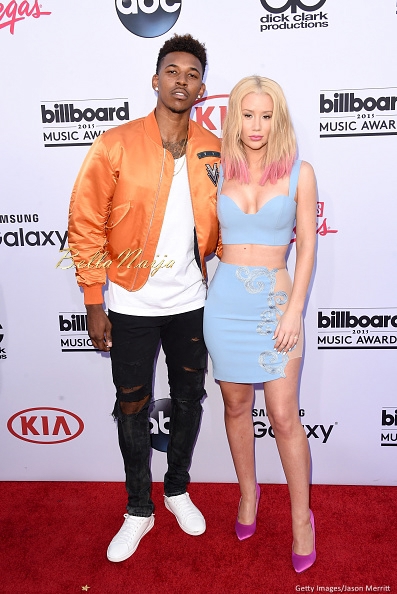 A video surfaced last month where the NBA star was talking with his teammate D’Angelo Russell. In the video, it was implied that Nick cheated on Iggy with a 19-year-old. Since then Nick Young has apologized to his fans for the leaked video.

Iggy then appeared on a radio show sometime last week where she admitted that she was not cool with what she saw in D’Angelo Russell’s Video about Nick Young admitting to cheating on her. Her response:

“I already said one more video, just one more thing and you will lose a quarter of your meat.”

“I have an actual spoken commitment that you’re going to get married to me … and that involves not doing any of those other things.”

Now, the 25-year-old rapper has taken to Twitter to let fans know that she hasn’t broken up with Nick Young even after she was photographed without her engagement ring.

Check out her tweets;

For the record, i haven’t broken up with Nick. We are together and i would love to be given a little (a lot) of privacy on the matter.

I always answer questions honestly. But my job is to promote my music, not my relationship. Id love to be interviewed about the former only.