Here's Why Linda Ikeji reported Wizkid to the Nigerian Police 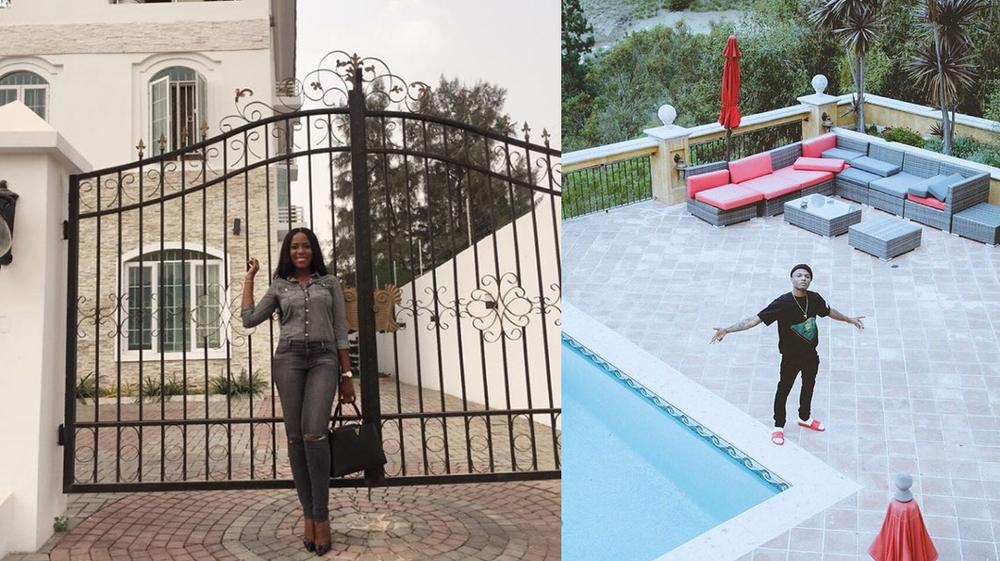 A couple of weeks ago things escalated between celebrity blogger Linda Ikeji and superstar Ayo “Wizkid” Balogun. Click here if you missed it.

After the public fallout, NETng reported that Linda Ikeji had taken the case to the Nigerian Police authorities, especially over the threat that Wizkid put through on social media. In a new post on her blog today Linda Ikeji has confirmed that the case was infact reported to the Police.

According to her, “violence against women and threat of violence against women is not okay. Threatening harm to someone in a public space is a criminal act in every country of the world, including Nigeria. I bet some of you didn’t know that, yeah? You can not publicly threaten someone with harm. You will only get away with it if your victim doesn’t report to the authorities. If they do, you will have a case with the police and I promise you, the police take these things seriously.”

She repeated that she has no issue with Wizkid, adding that one of his songs was her fave for quite a while.

She wrote in part on the blog:

Here’s the thing; You can insult me, insult my family, call me any names you like, even lie that I slept with your forefathers…but don’t threaten me. If you threaten me, I will act!

I reported this case to the authorities because I want our young men to know this is not okay. You should not raise your hands on a woman. You shouldn’t even threaten to raise your hands on a woman. Wizkid wrote that he would send his 16 year old cousin to beat the shit out of me. Letting Wizkid get away with it is basically telling our young men that this is okay…and it’s not!

After Wizkid made the threat to me, I saw a lot of teen boys hailing and applauding him. To them, this was okay. If their idol can threaten a woman with harm, and use derogatory words, they also can do it…and that’s how the circle of abuse of women continues. Women being called ‘smelly p*’ trended online for a day or two! Little boys were happy to use the words. Sad!

It is appalling to me that anyone, especially women, would cheer Wizkid on. When he wrote RIP Linda, I saw a few young girls write same, laughing. This is not a laughing matter. It doesn’t matter whether you like me or not! This is not about Linda Ikeji. This is about abuse of women which has eaten deep into our society, so deep that it has now been accepted as normal. Men do it all the time and get away with it. So many women are battered by their husbands and they refuse to speak up because of the stigma. They refuse to seek help because they are afraid of what people will say. I am sorry, I am not one of those women. I refuse to be victimized. And as long as I have my voice and my platform, I will speak up.

We women have to come together to lend a strong voice to the plight of women in our continent. When we see a woman being physically and mentally abused, let’s act. Let’s speak up. Let’s not laugh and say she deserves it. If we continue to keep quiet, the circle of abuse will continue. And one day, You, yes You, will find yourself in the receiving end of a thundering slap, followed by heavy blows. If not you, then maybe your daughter? Let’s condemn violence and threat of violence against women! This is not acceptable!

Young men like Wizkid, a father of two young boys himself, should never advocate violence against women. One day, he will have a daughter, how would he feel if another male threatens to put hands on her or even calls her a hoe?

I can’t count how many times Wizkid called me a hoe in his rant against me. That’s what boys do. When they get into a fight with a woman, they try to slut-shame her. Smelly p*, hoe, ashawo etc. You call a woman, who gave another young woman, whose real name she doesn’t even know N500,000 just because she said she would rather work by carrying cement than prostitute herself (yes, Blessing Nicholas got N500k from me), that’s the person you call a hoe? When your mind is so warped you can’t differentiate between a woman and a hoe, then this is what happens. Except you drive to Sanusi Fanfuwa at 2am to pick up a prostitute, who proudly describes herself as one, then you shouldn’t call any woman a hoe.

Even Tupac who was a well known thug could differentiate between the types of women he dealt with. When asked in an interview why he called women bitches, he said people shouldn’t confuse things, that he wouldn’t address a mother or a sister the way he would address a bitch, that the bitches were the ones he dealt with in the clubs who behaved like one. He reiterated that he respected women!

In more civilized countries, Wizkid would have lost his endorsements and spent the next year or so apologizing and being in the fore-front of promoting anti-violence crusades against women. It took Chris Brown years to get back on his feet after his assault on a woman. Up till today, he doesn’t have any major endorsements and some countries still deny him entrance into their country i.e Australia for something he did 7 years ago. Yes, violence against women is serious!

And there’s the case of incitement. When you have power and influence, you have to be careful what you say in public. Because you have such power, something you say can influence your followers. A fan can commit acts that even you may not support or might not even condone. But because it came out of your mouth, they think you mean it. So it is irresponsible to say things that might be inciteful. In Law, you can be held responsible when people act based on what you said in public. Tupac was charged to court and indicted after some thugs killed a police officer. The thugs went to court and mentioned that their idol encouraged violence against LA police officers in a song where he said ‘Drop a cop’. So, we folks with some measure of influence should be more careful with our utterances. People are watching and listening!

The second reason I filed a police report is to encourage other women in similar situations to do same. My dear ladies, if a man threatens to puts hands on you, and you feel the threat is real, report to the authorities. Don’t wait until he does it. What if you don’t survive it? If he’s picked up and may be charged to court (yes, you can be charged to court for making threats…it’s a misdemeanor with a prison sentence), then he will think twice before making threats against you in the future or any other woman for that matter.

I went as far as I did for me and for other women. This is to pass a strong message to our young men that these kinds of behaviour towards women will not be tolerated. Should not be tolerated. If you assault or even threaten to assault a woman, the law will come after you if she chooses not to be silent. Women, don’t be silent. Let’s break the circle. For your sake, for my sake, for the sake of our daughters, grand daughters, great grand daughters and all other women that will follow them.