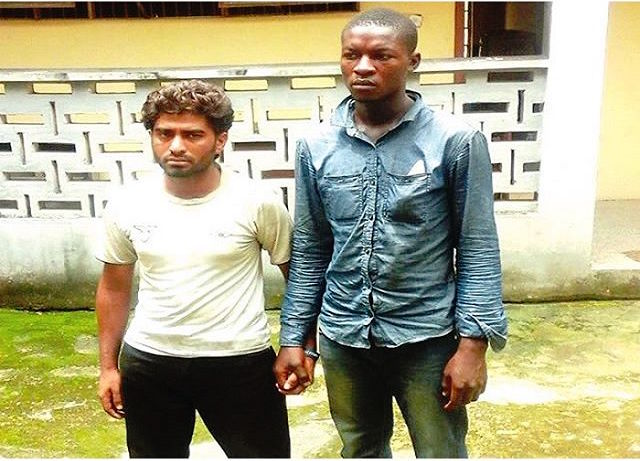 Adeuyi said the man was smuggled in a motorbike into Etung, a border community with Cameroon. He was said to have gone to Ikom from Etung and was making his way to Lagos before his apprehension.

She said the man is to be thoroughly screened to ensure he is not on the wanted list in any country before he is repatriated.

Adeuyi said the man was arrested along with a Cameroonian accomplice, Nji Hagis Chi who said he met Sahid at the bus station in Ikom and decided to function as his guide to Lagos where he was going for an undisclosed reason.

“He was not found with anything incriminating but had enough hard currency on him to do anything he wanted to do so we are wary of his movement in Nigeria because he has no reason to be in this country” she added.

According to the report, Mahmood only had documents that took him to the Duala Airport in Cameroon.

Buhari meets Zuriel Oduwole, assures Nigerians abroad “We are working diligently to correct our mistakes as a nation”

FG Goes Back on its Promise of N5,000 a Month Stipend for Unemployed Youths | Says It will be Replaced with Empowerment Programmes