Chanel's Resort 2016/17 Collection in Cuba was Phenomenal! See All the Photos and Videos from the Runway Show 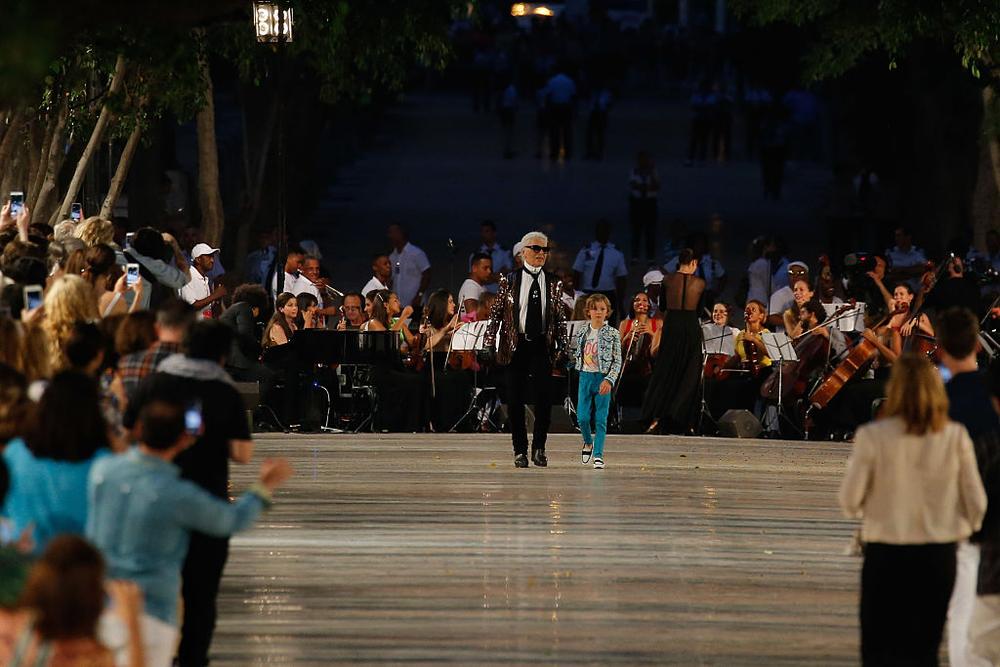 The Chanel Resort 2017 collection was shown in Havana Cuba and it was a spectacular success and more so a meeting of cultures, leave it to Karl Lagerfeld to find a common thread linking Cuba and France through fashion. In this case, that link was the Beret, an accessory which is very french but also very Che Guevara, a Marxist revolutionary during the Cuban Revolution. This accessory was present in different variations throughout the collection with panama hats as well. The show also featured a living embodiment of the cultural link with French-Cuban musical talent Ibeyi, the twin sisters Lisa-Kaindé and Naomi Díaz performed at the beginning of the show after their appearance at Beyoncé‘s tour.

Seven hundred guests for the Chanel show including Vin Diesel, Tilda Swinton and were taken to the open-air street show in a multicolored convoy of the city’s open-top Buicks, Cadillacs, and Oldsmobiles. The owners tooted their horns through the streets of Old Havana, and the people of Cuba set a scenic display. People came out to line the streets, balconies and rooftops, waving and laughing. Despite the crowd, the Chanel show was kept a private event which was expected from the luxury brand and it’s elite following.

With eighty six looks between menswear and womenswear, the models were in flip-flops, slides and brogues. The collection was the perfect cruise/resort runway show and was true to the Chanel aesthetic with monochrome looks, a bit of androgyny, tweed dresses, lace, organza and full floaty dresses in a 50’s car print. The show later turned into a party after the runway bit had ended, dancers, guests and models all joined in the fun. 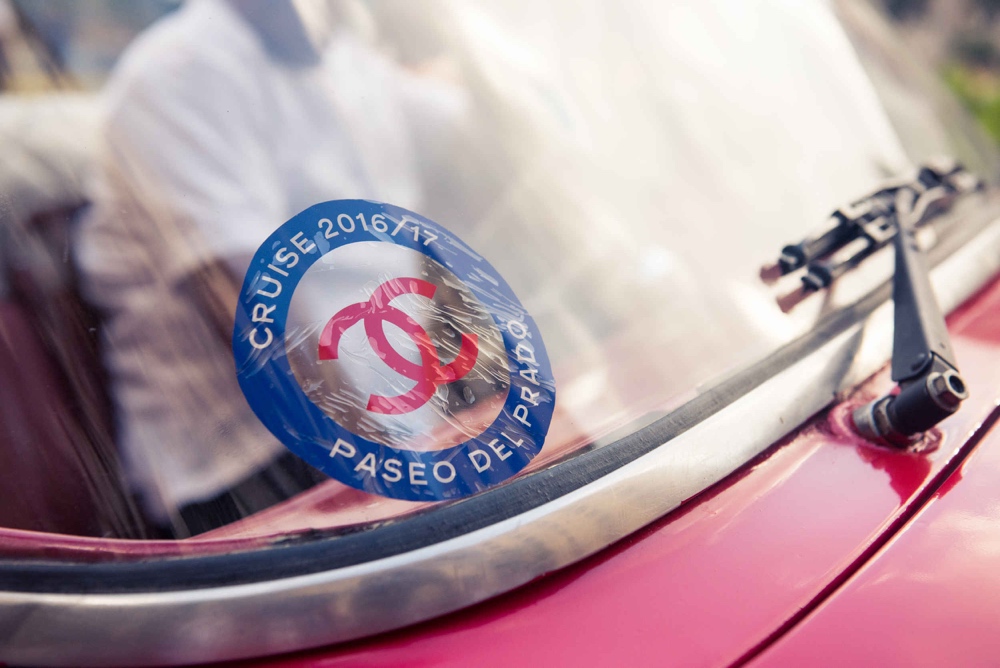 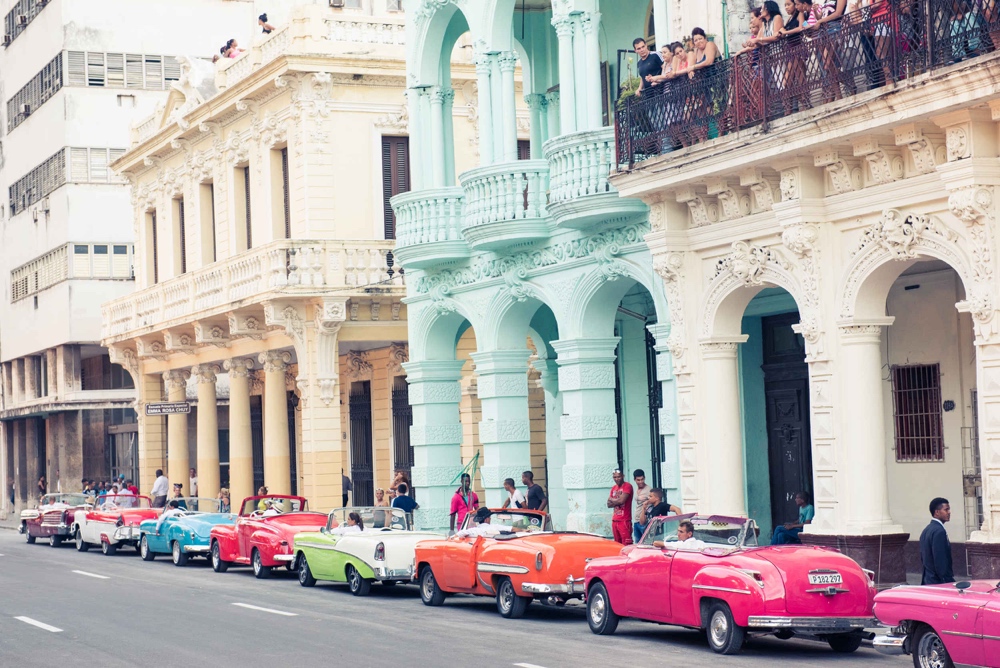 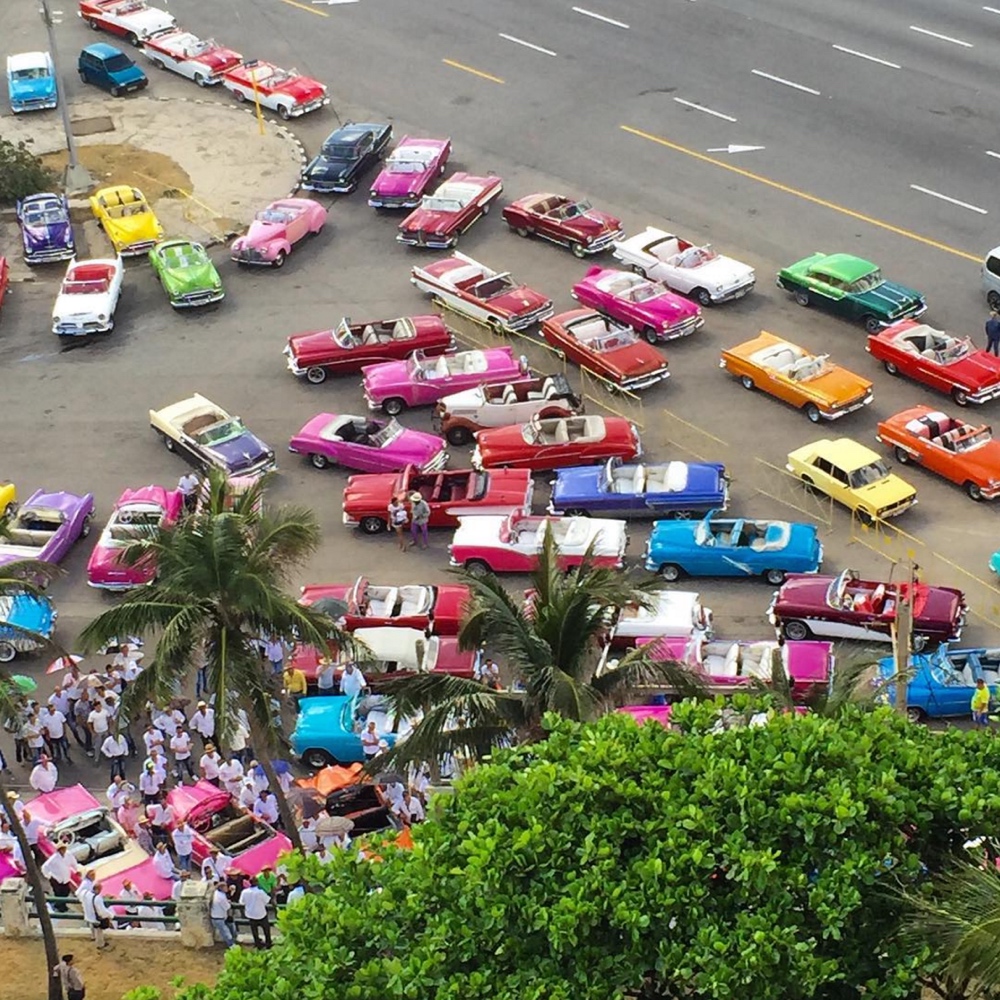 Some Looks from the Show
See the entire collection here 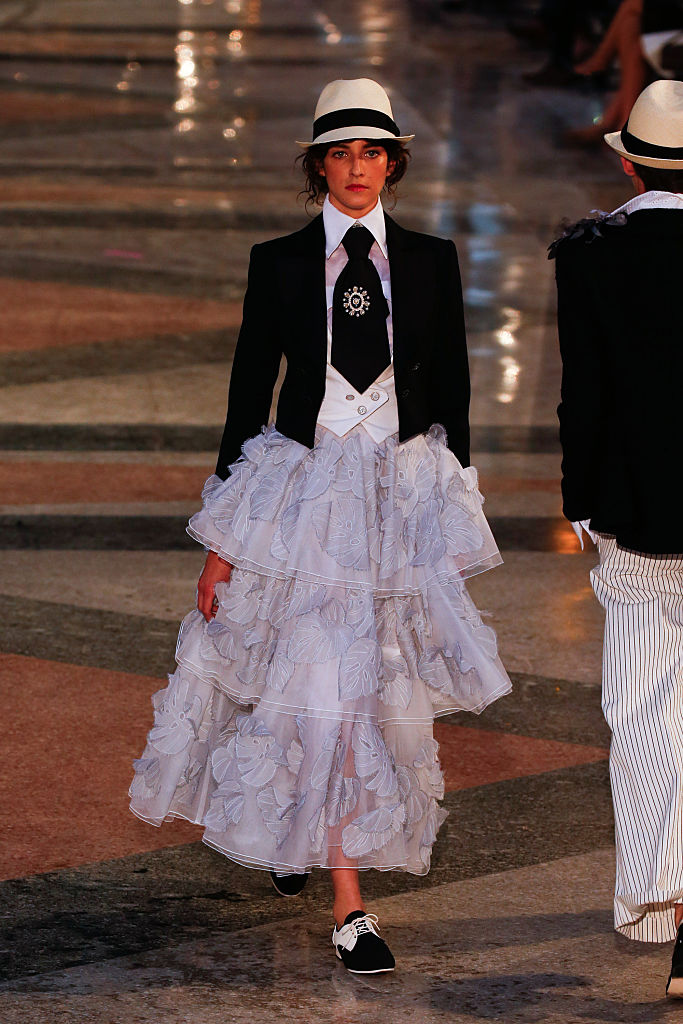 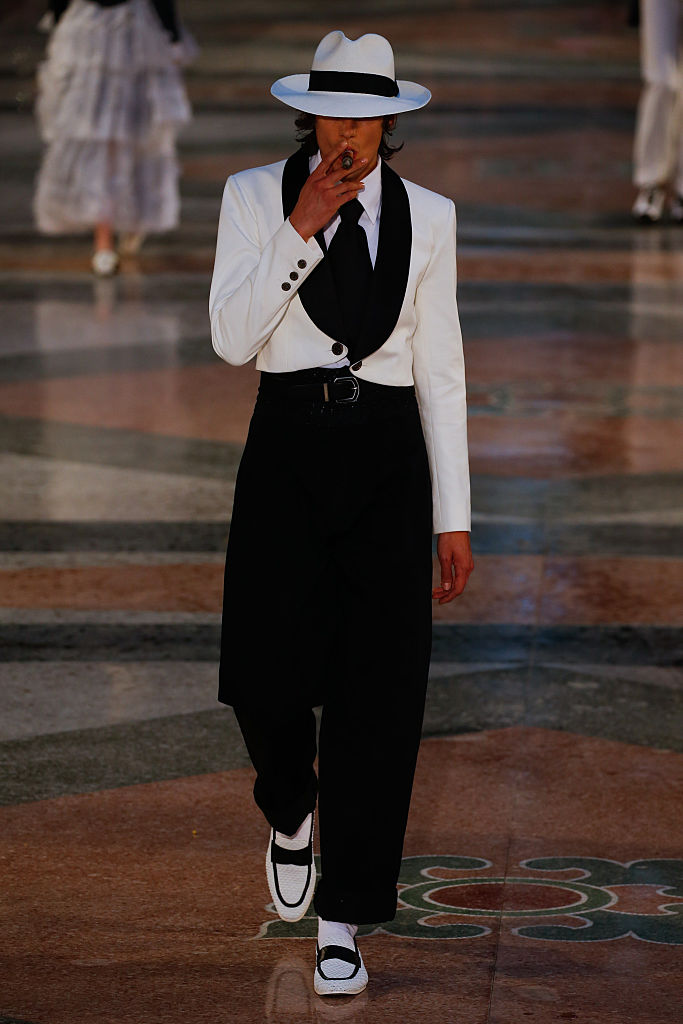 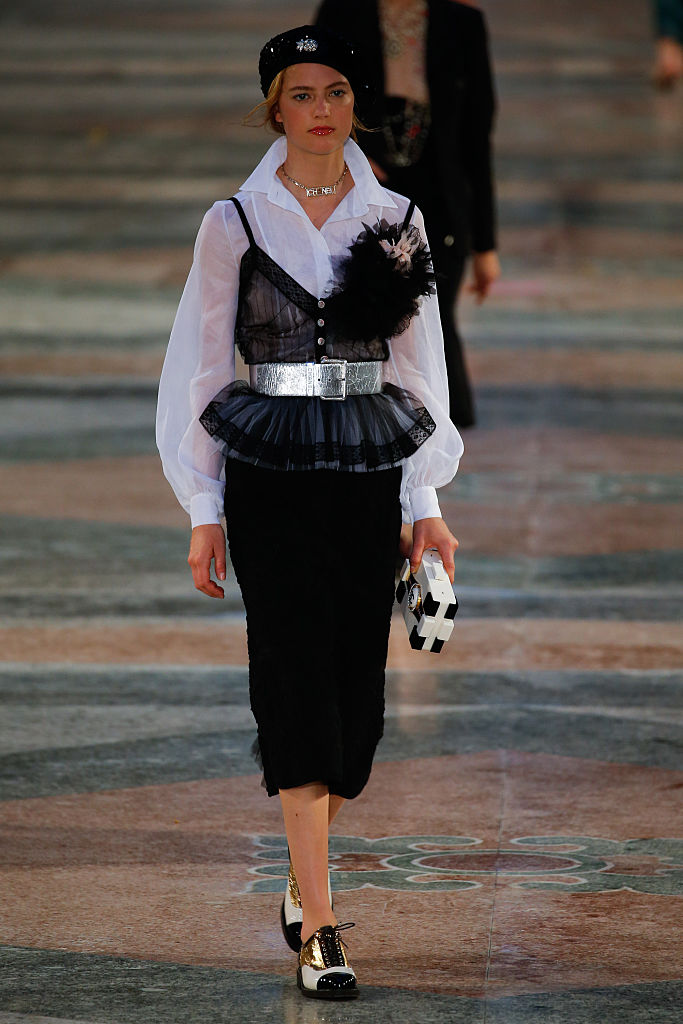 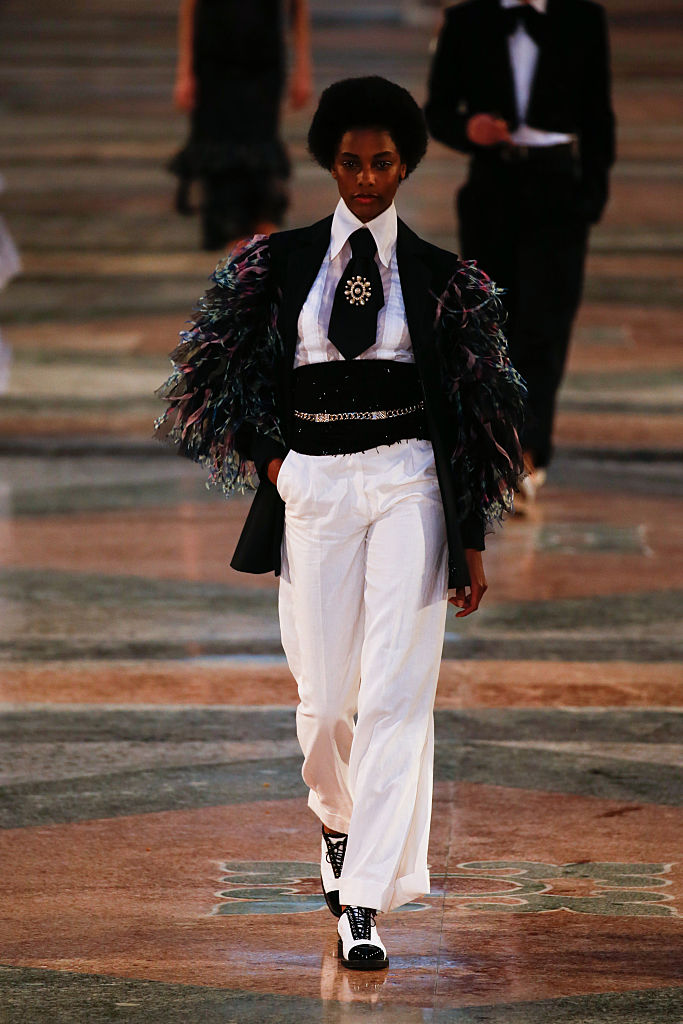 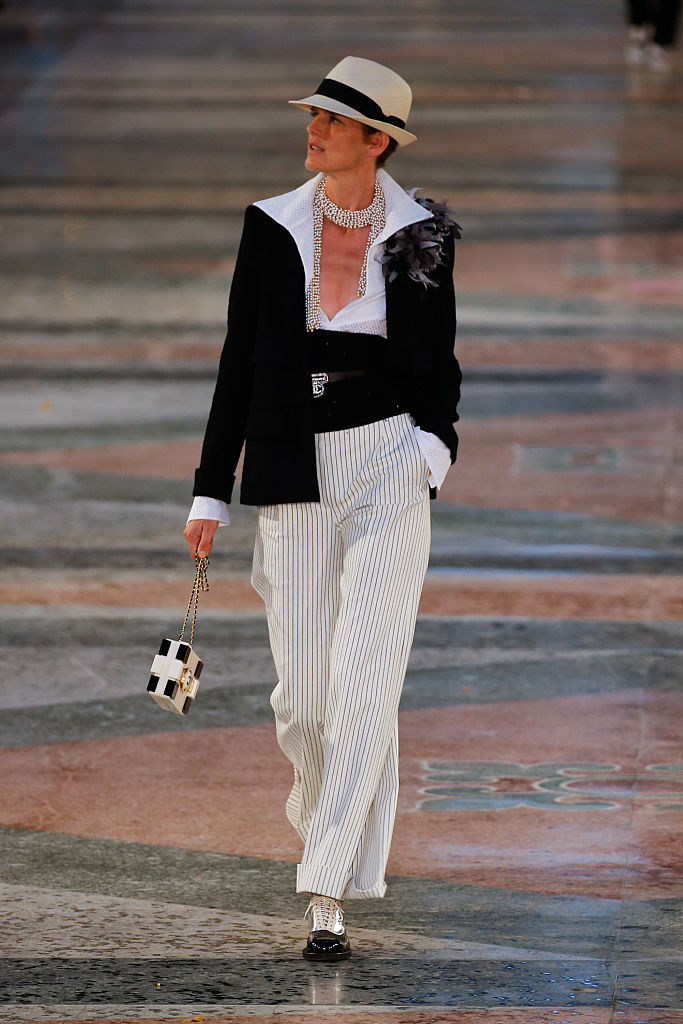 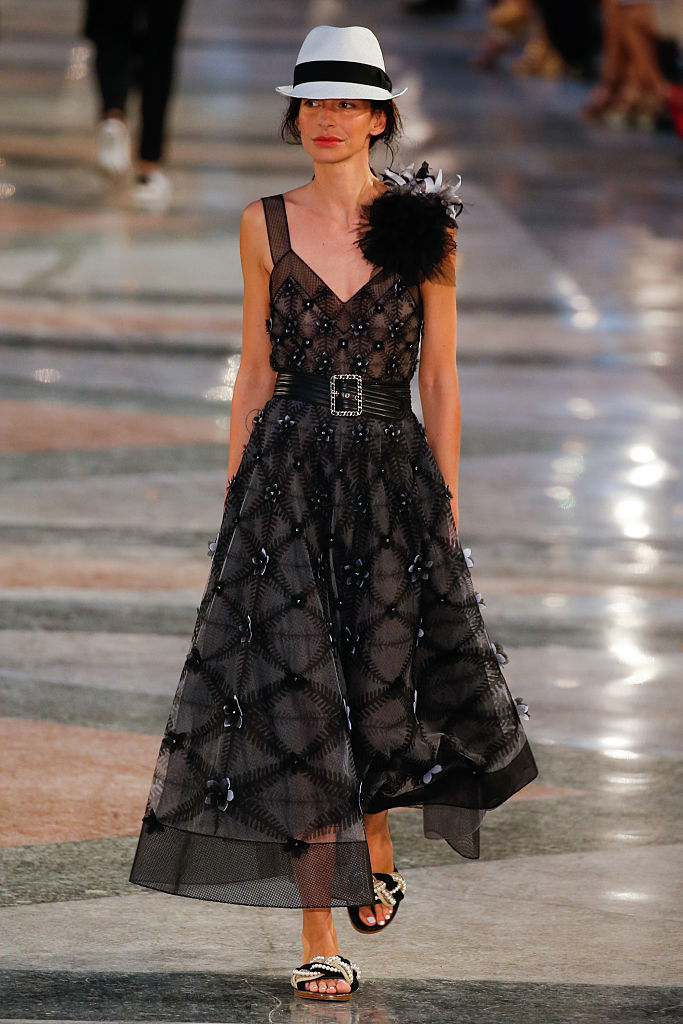 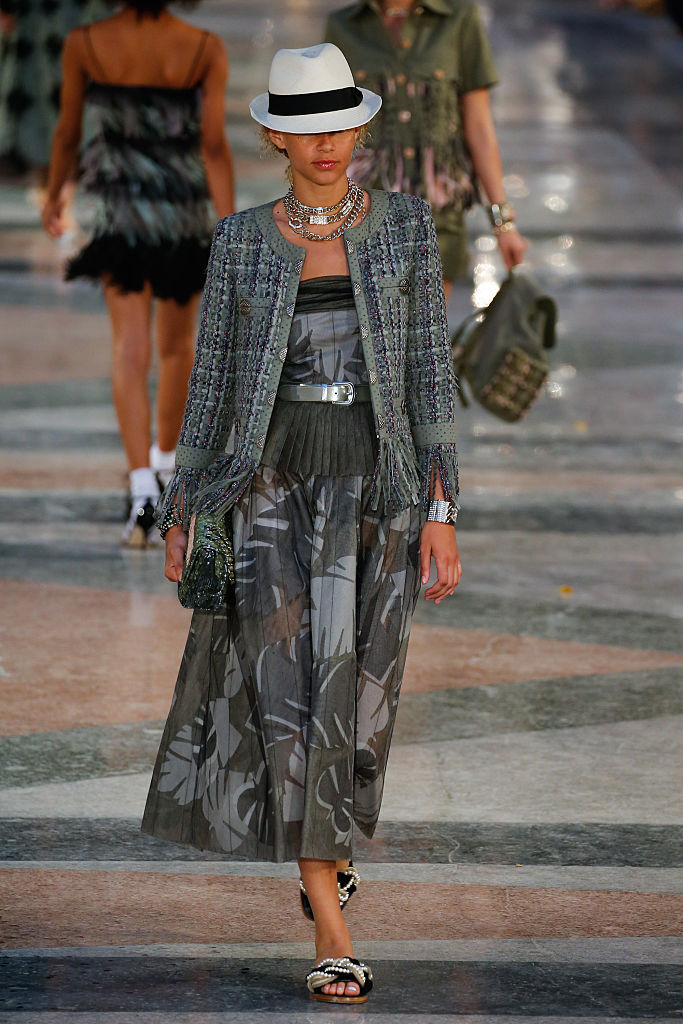 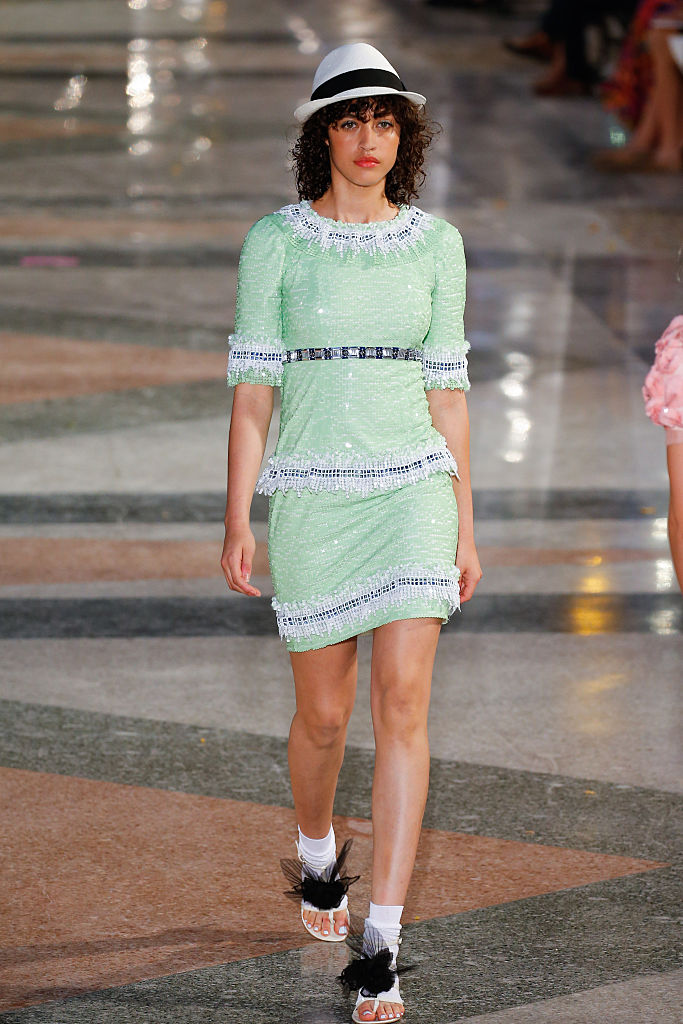 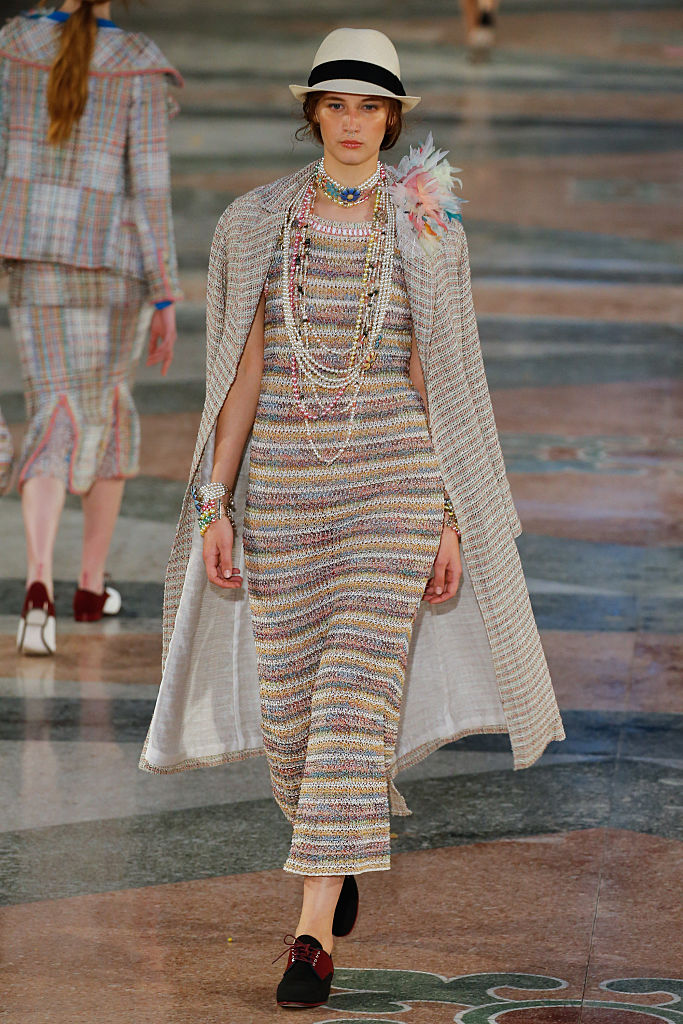 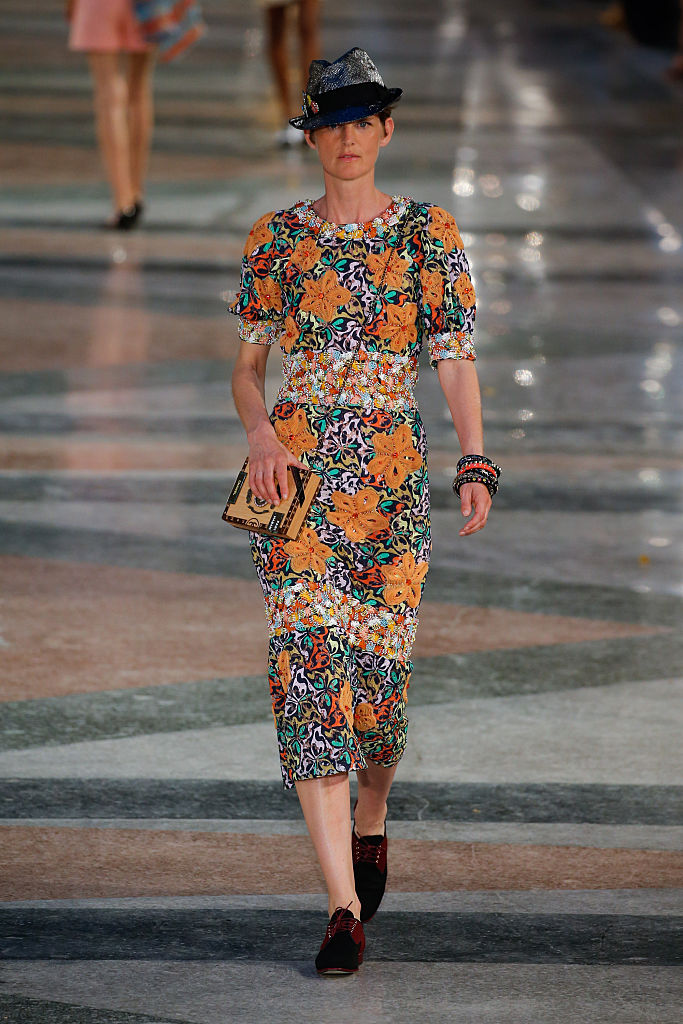 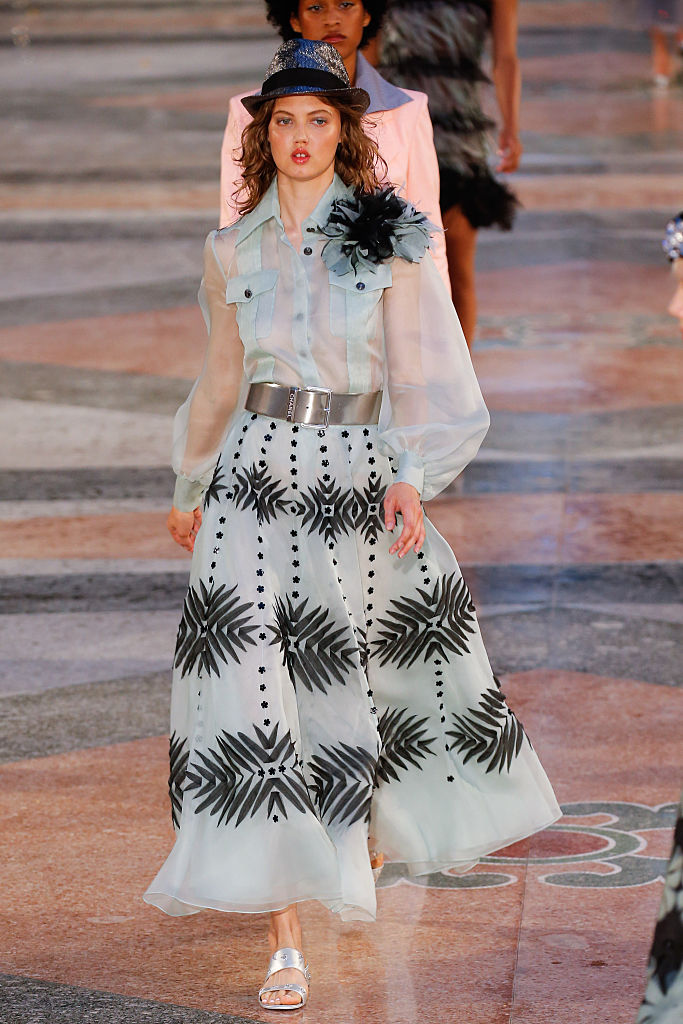 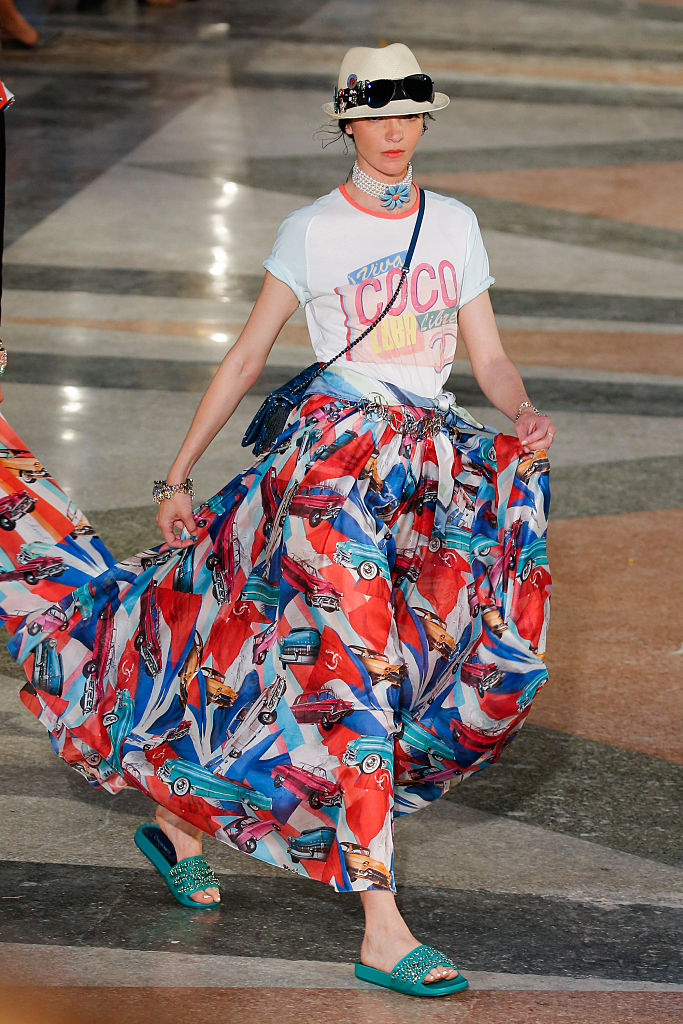 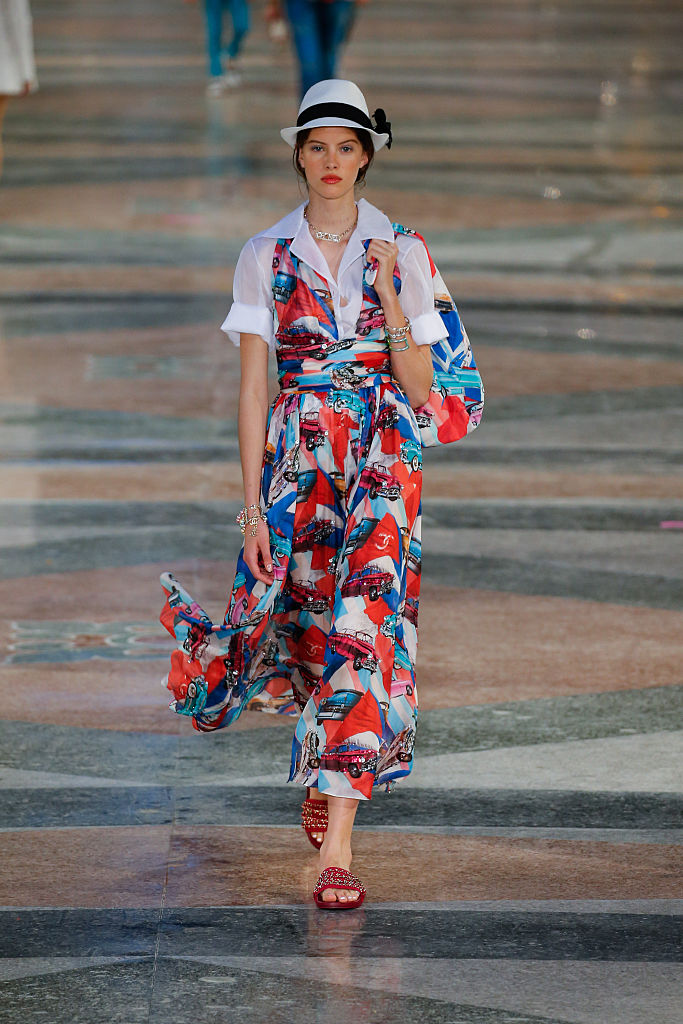 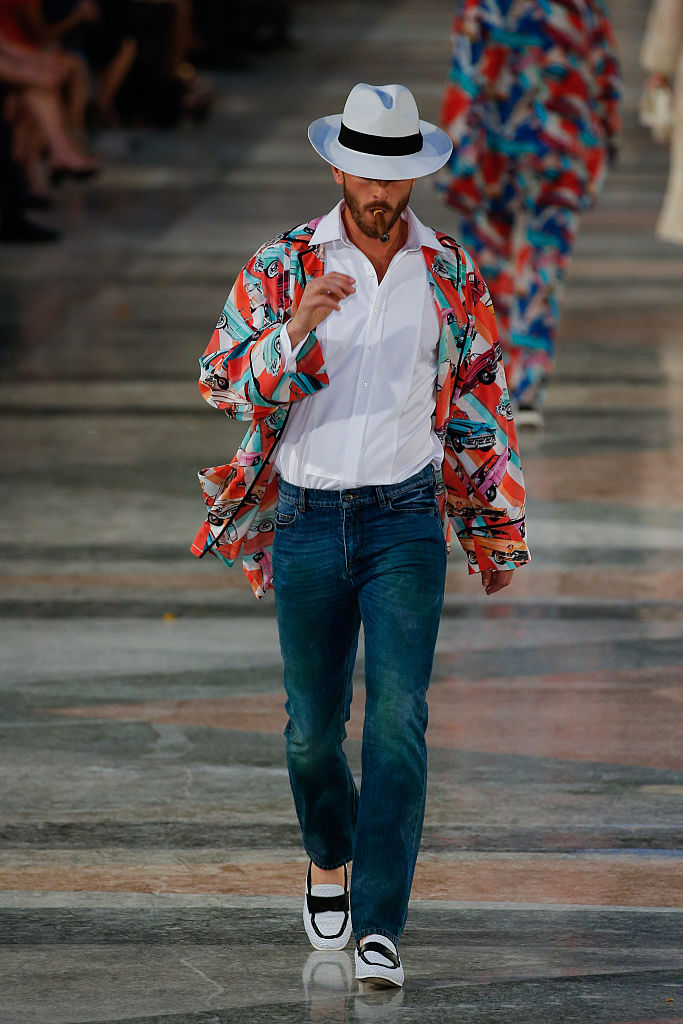 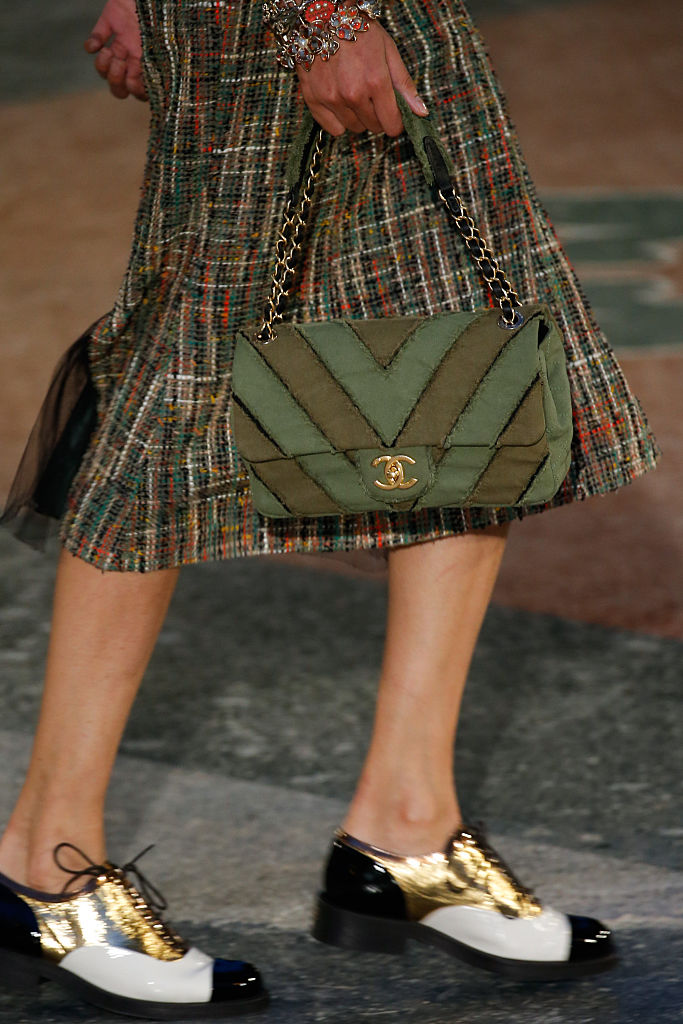 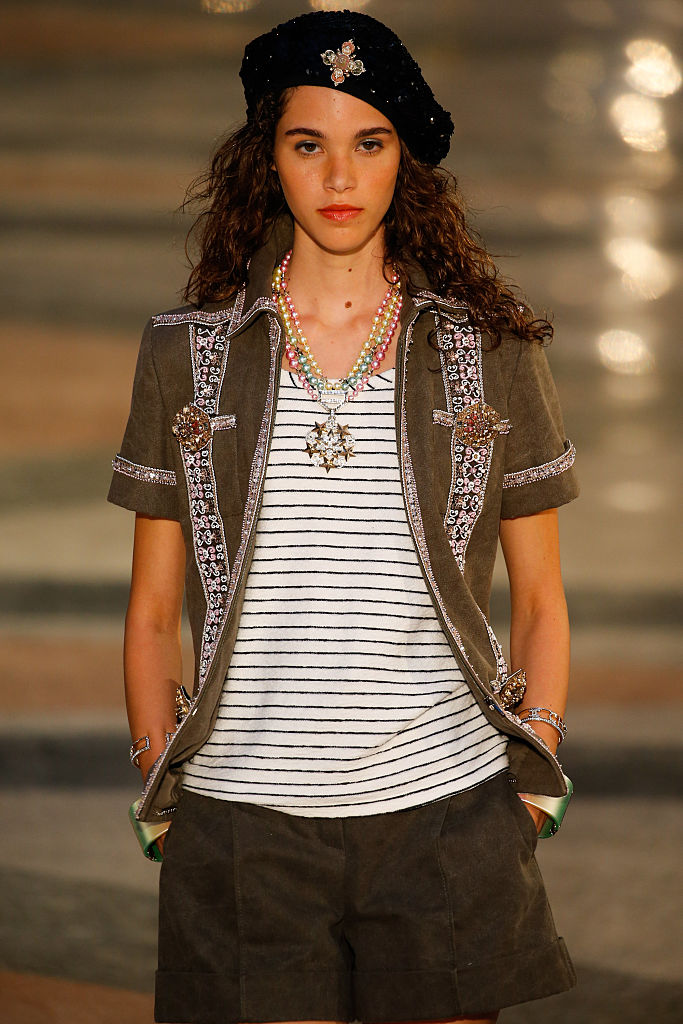 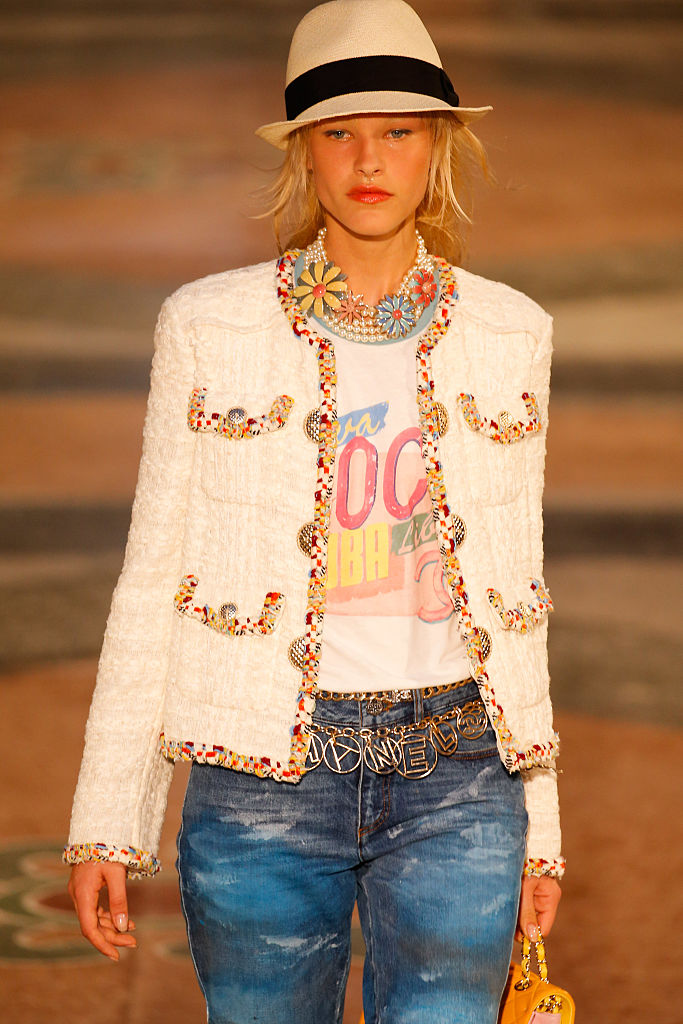 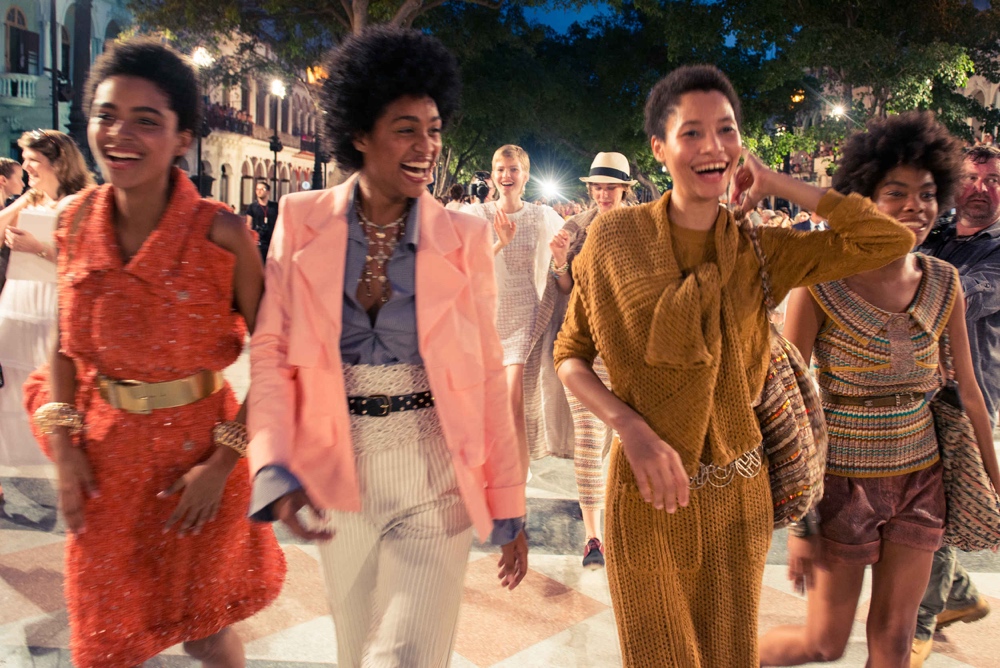 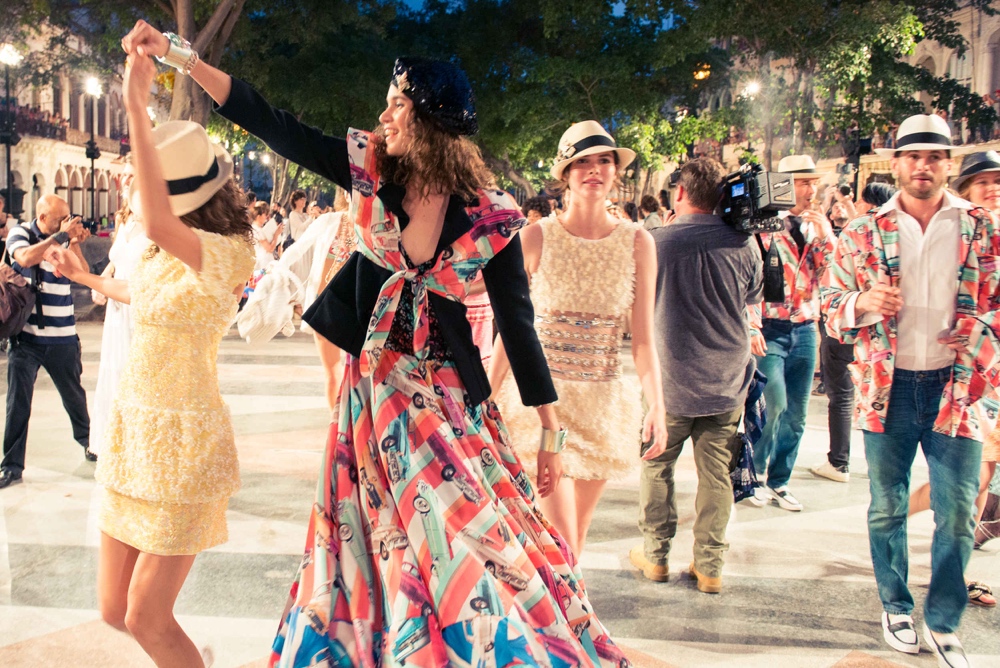 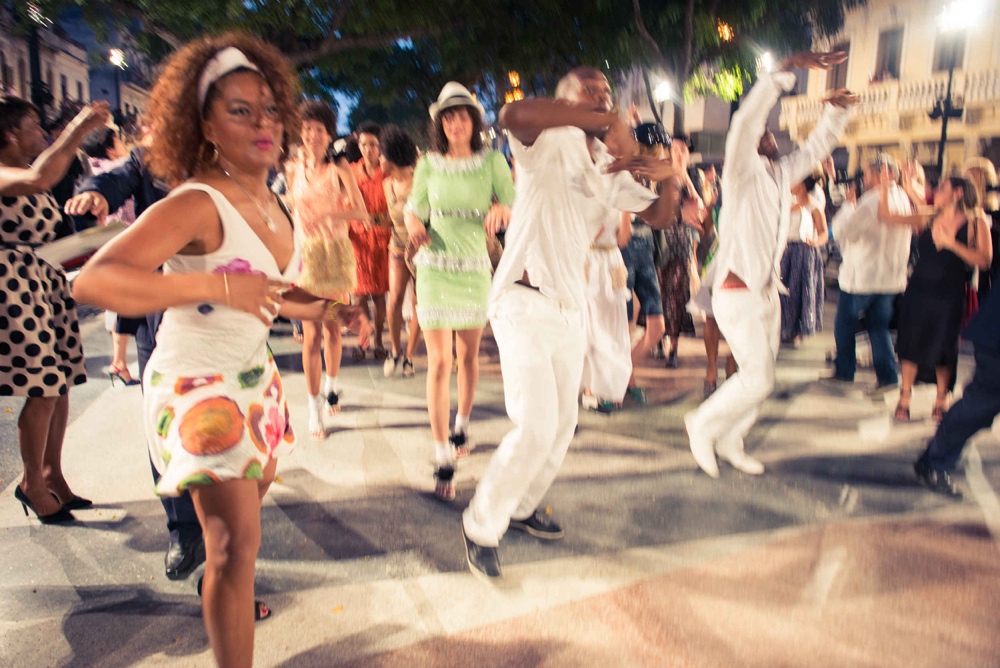 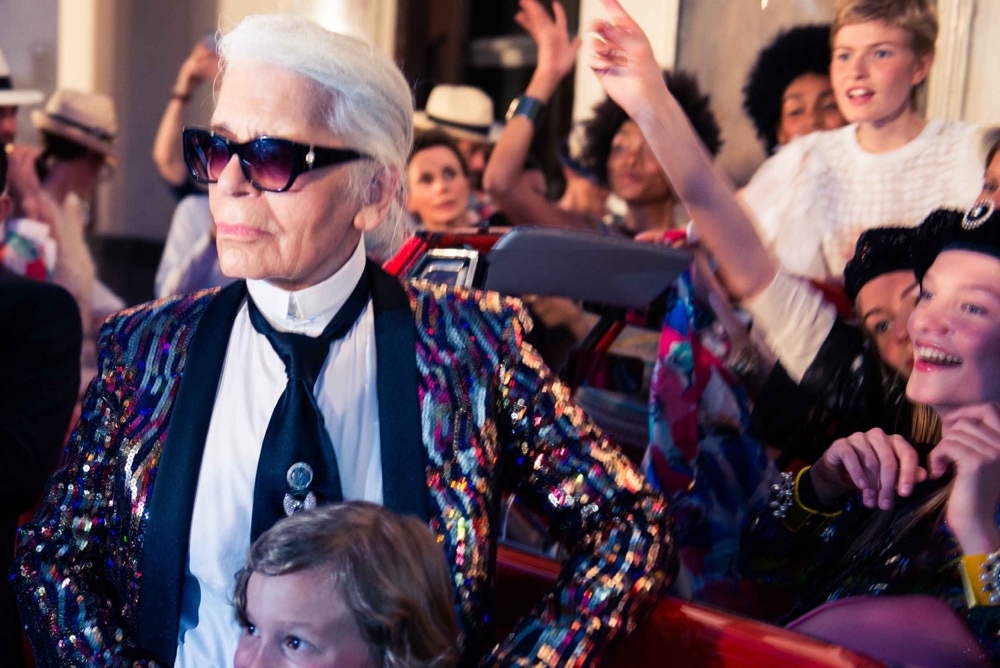 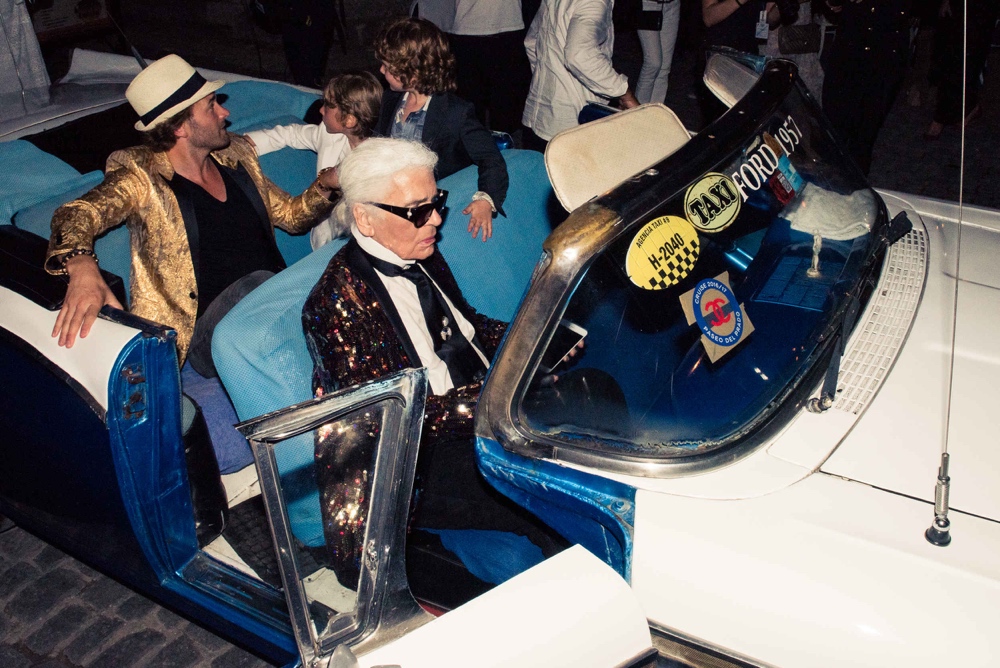