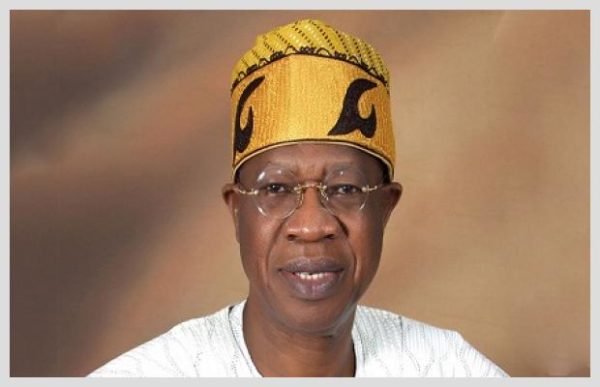 The Federal Government has praised the Nigeria Labour Congress (NLC) for suspending its five-day-old strike.

The News Agency of Nigeria (NAN) reports that the Ayuba Wabba-led NLC had embarked on a nationwide strike on May 18th to protest government’s decision to increase the pump price of petrol from N86.50 to N145.00.

The Minister for Information, Culture and Tourism, Lai Mohammed, who gave the commendation on the sideline of an interactive session with Civil Society Organisations (CSOs) in Lagos on Monday, said the suspension of the strike was a win situation for Nigeria.

“Nigeria has won, and I want to take this opportunity to thank the NLC for reconsidering their position and agreeing to join us in negotiation. So, it is not who has won, but (it is) Nigeria that has won.,” he said.

He expressed the Federal Government‘s commitment to actualising its change agenda through sustained communication between it and Nigerians.

According to him, stakeholders meetings will further enhance information flow between government and the citizenry.

“There is nothing like the government continuously engaging the people; you notice that we started this about a month or so ago when we started with our town hall meetings. We started in Lagos, moved to Kaduna; we will be in Kano on Friday. We have also been meeting with sectoral groups; we’ve met with the Newspapers Proprietors Association of Nigeria, we are going to meet with the Nigerian Broadcasting Commission.

I believe that it is the beginning of trying to bridge the gap between the governed and the government and it is extremely fruitful. We’ve heard you, and learnt a lot as well; but more importantly is that we’ve been able to explain to you why certain actions were taken,” he said.

The minister further said that his ministry would hold quarterly meetings with the CSOs in order to engage Nigerians on national issues.

“This is not going to be a one-of engagement. The next time we (will) come with three or four ministers, depending on what issues are prevalent,” Lai said.

We Will Go and Dialogue With Niger Delta Militants – Ibe Kachikwu