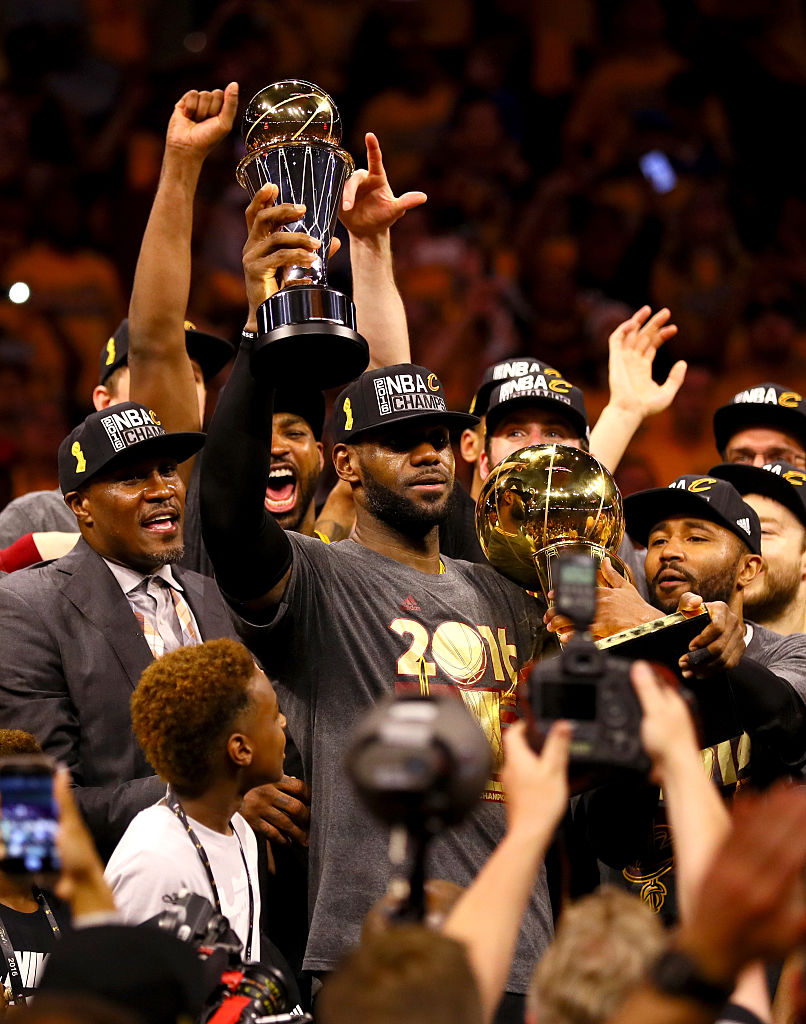 OAKLAND, CA – JUNE 19: LeBron James #23 of the Cleveland Cavaliers holds the Larry O’Brien Championship Trophy and the Bill Russell NBA Finals Most Valuable Player Award after defeating the Golden State Warriors 93-89 in Game 7 of the 2016 NBA Finals at ORACLE Arena on June 19, 2016 in Oakland, California. (Photo by Ezra Shaw/Getty Images)

With the Cleveland Cavaliers down 3 games to 1, bets were on Golden State Warriors winning the NBA Championship for a second year in a row but it was not to be.

With current basketball golden boy Stephen Curry‘s wife Ayesha making controversial accusations of Game 6 being rigged, it just added to the drama ahead of the deciding game.

The Lebron James led Cavs fought back and took the championship series to Game 7 where they won after a nail-biting game. Game 7 ended at 93 – 89 in the Cavs favour.

Alleged Forgery of Senate Standing Orders: This is a Coup Against The Legislature – Senate