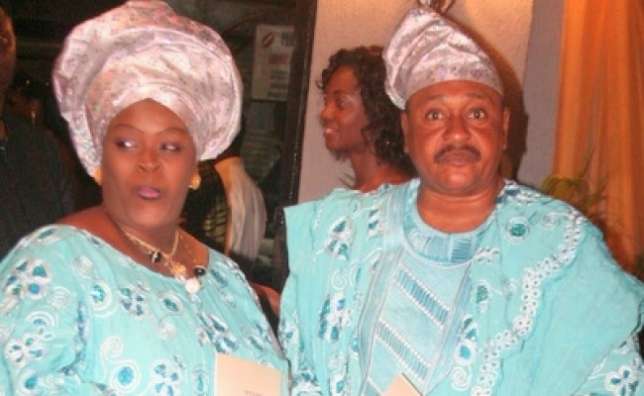 Since Henrietta Kosoko‘s death, actors, actresses, movie marketers among other have paid condolence visits to the Jide Kosoko and his family to show their support.

It was on such visit that Encomium reported how distraught the actor and his family are:

While receiving sympathizers at their home in Bariga, Jide Kosoko said in distress “This is the third wife l have lost; won’t people be counting, keeping records”

When she died, he was not even aware of what had happened “I went to a particular event on Monday (June 6), I was not aware that my wife was dead until the person that was with me asked me to check the rumours flying around the social media about my wife’s death. I referred to it as rumour because I still didn’t believe, if not until I confirmed it myself….I don’t know how to explain the situation. It is an unimaginable loss,”

In October 1992 and November 1993, he lost two wives within the span of 13 months, and has described those times as a a very dark and sad period.

Friends and colleagues present described late Henrietta Kosoko as a great woman with positive influence to the society as a whole.

Our hearts go out t the family during their trying period.