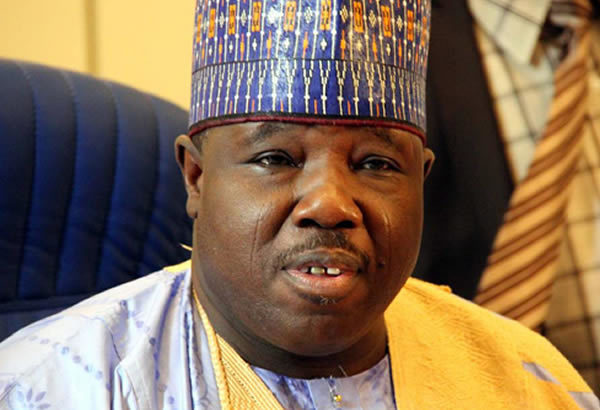 The People’s Democratic Party (PDP)‘s caretaker committee led by Senator Ahmed Makarfi has alleged that the sacked National Chairman of the party, Senator Ali Modu Sheriff was contracted by the All Progressive Congress (APC) and the Presidency to destroy the party.

According to TODAY.ng, the committee stated this through its spokesman Dayo Adeyeye at a press conference in Abuja. He said:

What we are however very certain about is that Sheriff and his fellow renegades are being used by the enemies of the PDP to destroy our party and to prevent it from re-organising itself so as to provide a credible opposition and alternative platform for the forthcoming Edo State gubernatorial election and 2019 elections.

The All Progressives Congress has contracted Sheriff and his cohorts to scuttle chances of the PDP in the Edo governorship elections.

We have credible intelligence that Sheriff had a meeting on Sunday night with an APC governor from North West, where it was organised that he would be given full security and financial support to exacerbate the crisis in the PDP with the objective of preventing the PDP from presenting a candidate for the Edo governorship elections, or in the very least to prevent the PDP from offering a serious challenge to APC whose electoral fortunes have continued to nosedived.

“It is very glaring that the hand of the powers that be is in this matter. It’s like the case in the Bible where the matter was presented before King Solomon whether he should kill a child or allow it to survive. Sheriff doesn’t mind if that secretariat is burnt down. We have put in a lot to this party. we won’t allow any harm to be done to any person. We are not competing with him in anyway. He can go on and occupy the place illegally but time will tell and he will be chased out.

Speaking on efforts being taken to contact the inspector general of police who Sheriff claimed permitted him to enter the secretariat, Adeyeye said:‎

We are taking all measures to gain control of the secretariat again. I believe that Sheriff must have given very false information to the IGP upon which he acted. We still want to give the IG the benefit of the doubt. We have intelligence report clearly indicating that the hand of the powers that be is in this matter.

Those people in the picture with Sheriff are like members of a presidential entourage, those are DSS people. So, even apart from the police, DSS accompanied him to the secretariat yesterday. So, Sheriff is being aided and abetted by the APC who do not want the PDP to have peace because they know the peace of the PDP is their own problem.

They have messed up the country, Nigeria is in financial paralysis. And they know that the PDP, if it can organise itself, will surely be able to take over power again in 2019. So, Sheriff is being sponsored by the enemies of the party so that this party will not witness any peace.

Reacting to the allegations, the APC described them as “baseless and laughable” saying that the PDP is suffering from its past sins.

For the umpteenth time, the APC wishes to state that instead of joining issues with the baseless and laughable allegations, the APC would rather join issues that will bring about all-inclusive development in the country.

However, it should be put on record that the PDP forced on them whatever crisis it is troubled with today due to its politics of imposition and other undemocratic practices which the APC abhors. The PDP should put its house in order rather than playing to the gallery and blaming others but themselves for their sins which have come to haunt them. Also, it is evident that the PDP has chosen to employ diversionary tactics because of its inability to produce credible candidates for the forthcoming elections in Edo and Ondo states.