Protests in London Following #Brexit as Petition Calling for Another Referendum Attracts 1.5 million Signatures in Less than 24hrs 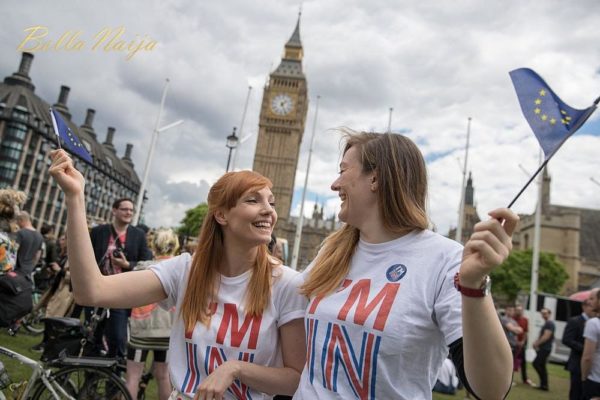 Anti-Brexit protests broke out on the streets of London after a petition for a second EU referendum attracted 1.5 million signatures within a day, DailyMail reports.

Most of the signatures in the petition came from from place with high number of student population such as North London, Cambridge and Oxford. More than 3,000 of David Cameron‘s (who announced that he will leave office in October) constituents also signed the petition.

The petitioners are calling for another referendum, saying that the “Leave” camp won with less than 60% of the votes and was based on a turnout of less than 75 per cent. 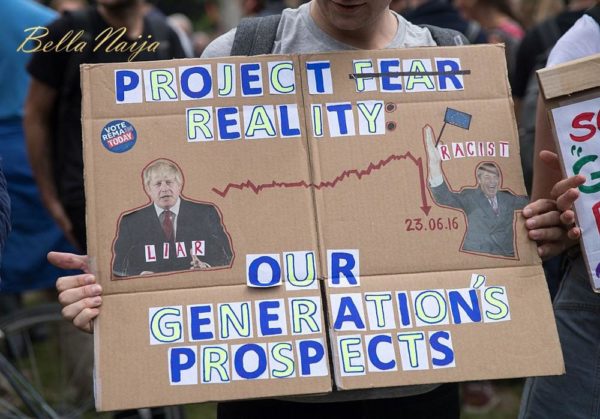 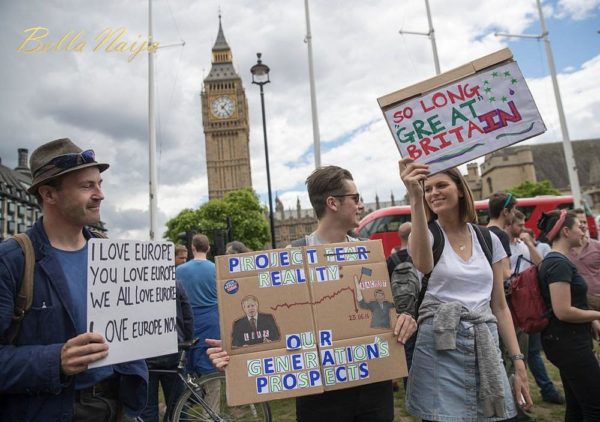 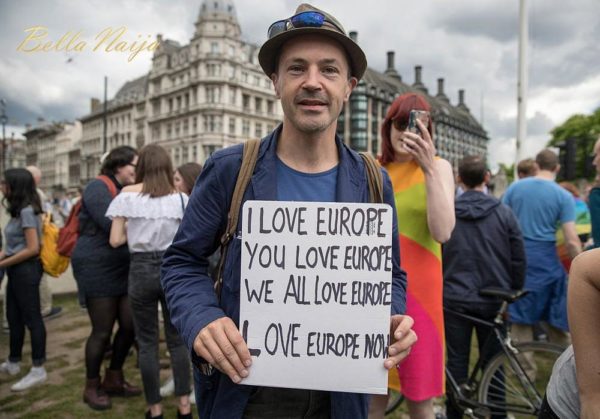 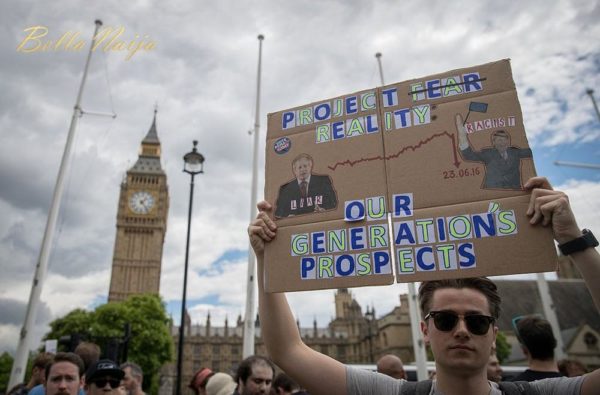 Related Topics:#BrexitEuropean Union (EU).
Up Next

Tortured by the Police, Abandoned by her Employer…A BellaNaijarian shares a Traumatic Experience