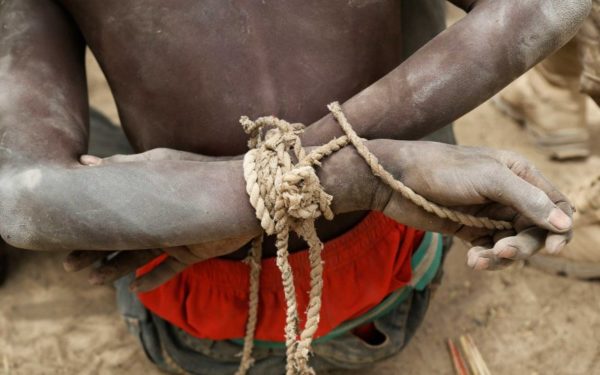 According to Vanguard, the Head of the civilian Joint Task Force, the Mai- Kanuribe of Lagos and Seriki Hausawa of Ijora Kingdom, Alhaji Mustapha Mohammed said that the arrests were made based on intelligence.

He added that the suspects disclosed disclosed that they fled Bama, and Konduga local government areas as well as Baga town in Borno, following the offensive of military operatives against insurgents in the state.

“One of their leaders (Adams) that was hiding at a church in FESTAC town was arrested and handed over to security agents. You know we are from Borno State where these people also hail from and we know their communities. Our people back home do monitor them, and once they leave Maiduguri, we would be alerted so that we can be on the lookout.

Once they arrive any community in Lagos, our members are always on ground to fish them out base on intelligence report and once they are arrested, we hand them over to security agencies for further investigation and prosecution,” Mohammed explained.

Mohammed added that they have been moved to Borno state, following the directive by security operatives.

He said that his group is spread across 57 local government areas in Lagos and Ogun states and had been in operation for five years. He added that they have made several arrests in the past and that a patrol van was donated to his group by the DSS, to enhance its operation.

Buratai’s Dubai Properties: He Should Resign or Be Sacked – Femi Falana