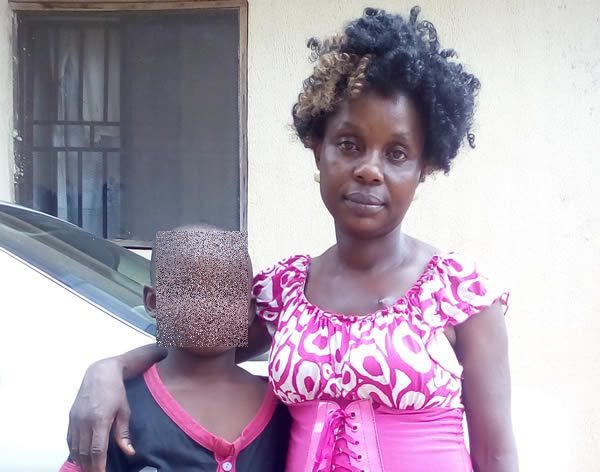 Chibuike and His Mother, Nwakaego

7-year-old Chibuike who has been in police custody over alleged murder in Enugu state has been released on Wednesday evening, PUNCH reports.

It was alleged that Chibuike accidentally shot 12-year-old Oluebube Boniface with the gun of one Edwin Oforma, the owner of the house where his mother was working as a housekeeper.

The incident took place on May 29th and Chibuike has been in police custody since May 30th.

A lawyer, Olu Omotayo, from the Civil Rights Realisation and Advancement Network, had raised the alarm over the little boy’s continued detention.

He filed a petition to the Inspector General of Police, describing the boy’s detention as “a brutal attack on the rights of the child in Nigeria” and “a very dangerous dimension to rights violations by the Nigeria Police”.

Consequently, the Enugu State Commissioner of Police, Emmanuel Ojukwu in a response said that Chibuike was in “protective custody” as he and his family were nearly lynched after the incident.

Omotayo, who confirmed the release, however, appealed to the public to come to the aid of Chibuike’s mother, Nwakaego, saying that she and her children are now homeless, having lost her job as house keeper and cleaner in Oforma’s residence, where she was given accommodation.

He also solicited support for the family of late Oluebube, noting that his father, Boniface, a tricycle rider, is not able to provide the sum of N60,000 demanded by the police for autopsy on his late son’s corpse, before it could be released for burial.

Related Topics:Enugu State
Up Next

Anyone Plotting to Impeach Buhari is Joking – APC