Collection Conversations with Eki and Richard: For the Love of Bare Shoulders

Richard: Reading the title of the post I thought, aren’t shirt dresses a little tired? But after looking at each of the pieces (not entirely a remarkable collection), I’m happy that the designer chose to use colourful wax prints for the pieces. They look exuberant fun and stylish. This trench-like shirt dress is my favorite of them all, although I’d have liked to see more interesting necklines than what they have but that’s just me just being me 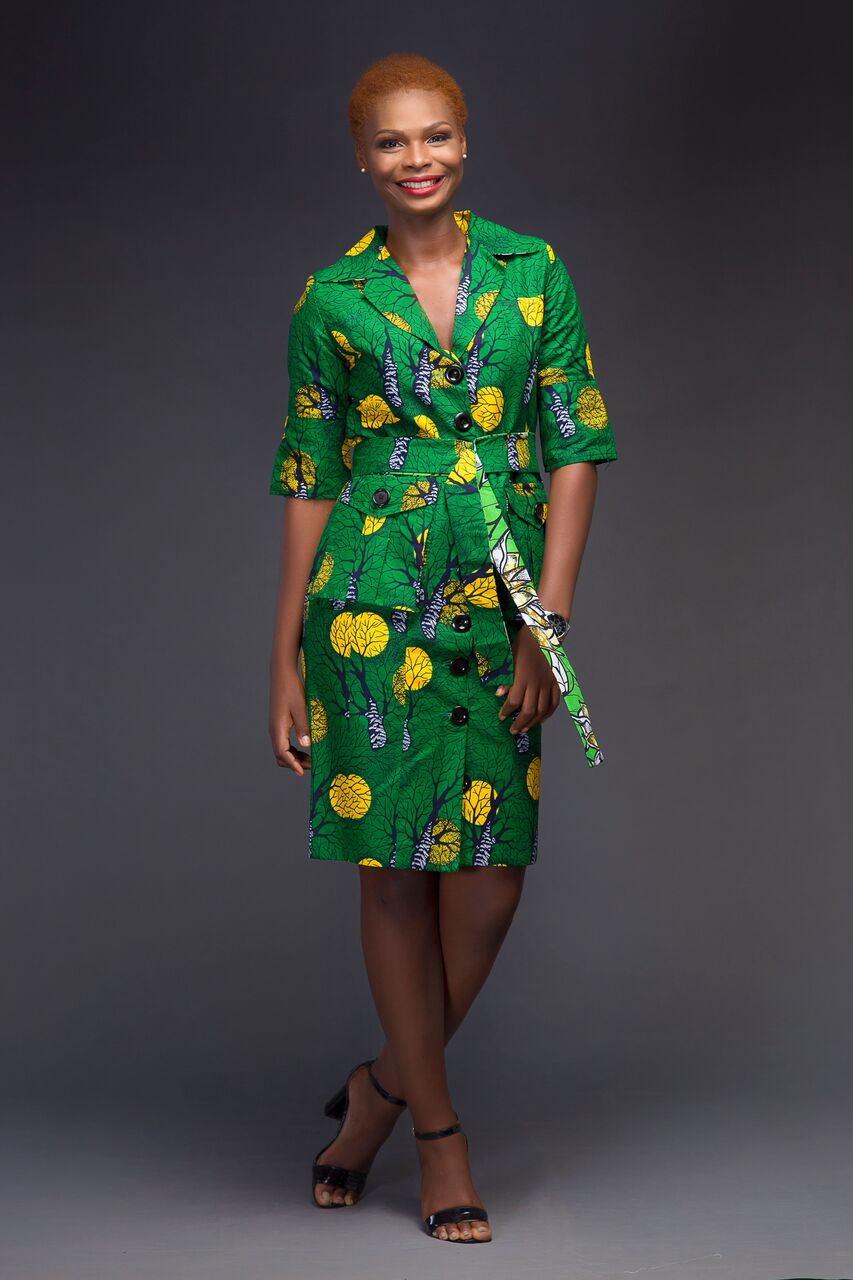 Eki: Yea they do. I’m all for classic cuts/silhouettes and I liked this collection especially the prints (you know me). I really like the placement of the prints on this blue dress, I’d love to see more things like this when people work with just ankara fabric. Don’t just cut it straight, play around with it. The asymmetric hem helps as well.

For example, compare the blue dress I like to this one in a similar cut, it’s nice but it just looks basic all of a sudden 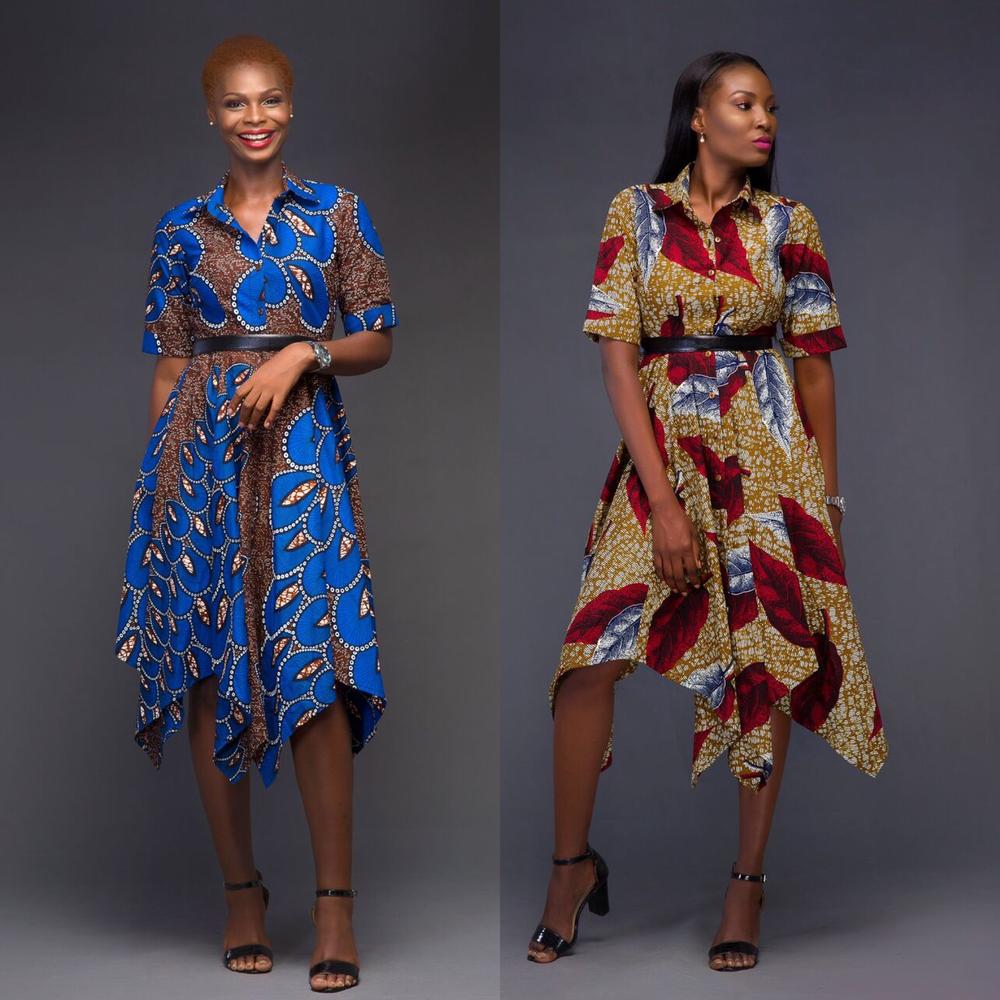 The necklines I think are ok, they’re classic and tie in with the collection’s classic theme of a ‘shirt dress’, but I know you always want more sha.

Richard: Oh yes, I see your point. This here is another favorite of mine

Eki: And I like that this collection is trendy with the bare shoulders trend that’s been all over. Yup that one and this.

The styling was good and the models were as well I just feel like this look was a little out of place with all the Ankara
But a print is a print, ankara or not 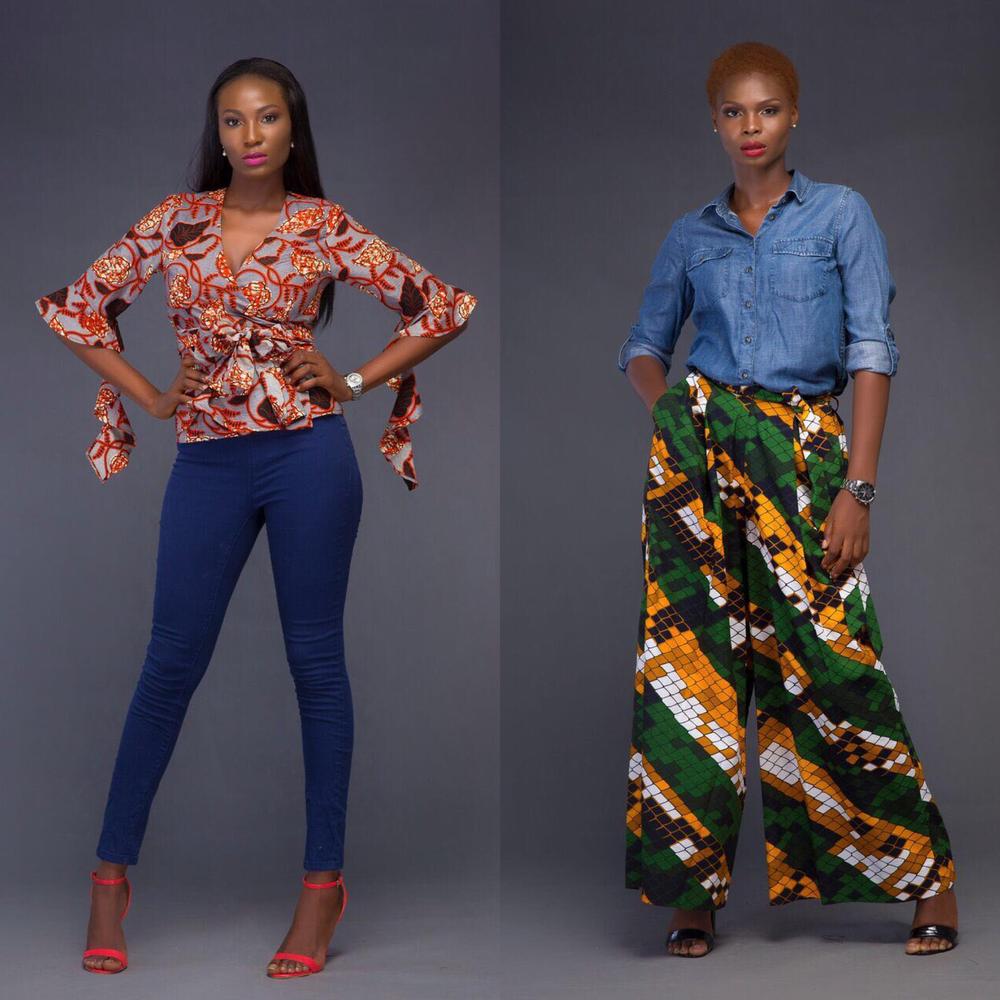 Richard: But here’s the thing, are these classics? Do you think they can stand the test of time? Or are will they fade as quickly as the bare shoulder trend? Yes it was. But no, next time, I hope they can be a lot more decisive on what goes and what stays. Also, in the case of these pieces paired with denims, I’d have loved to see them on clashing prints. Who do we have next? 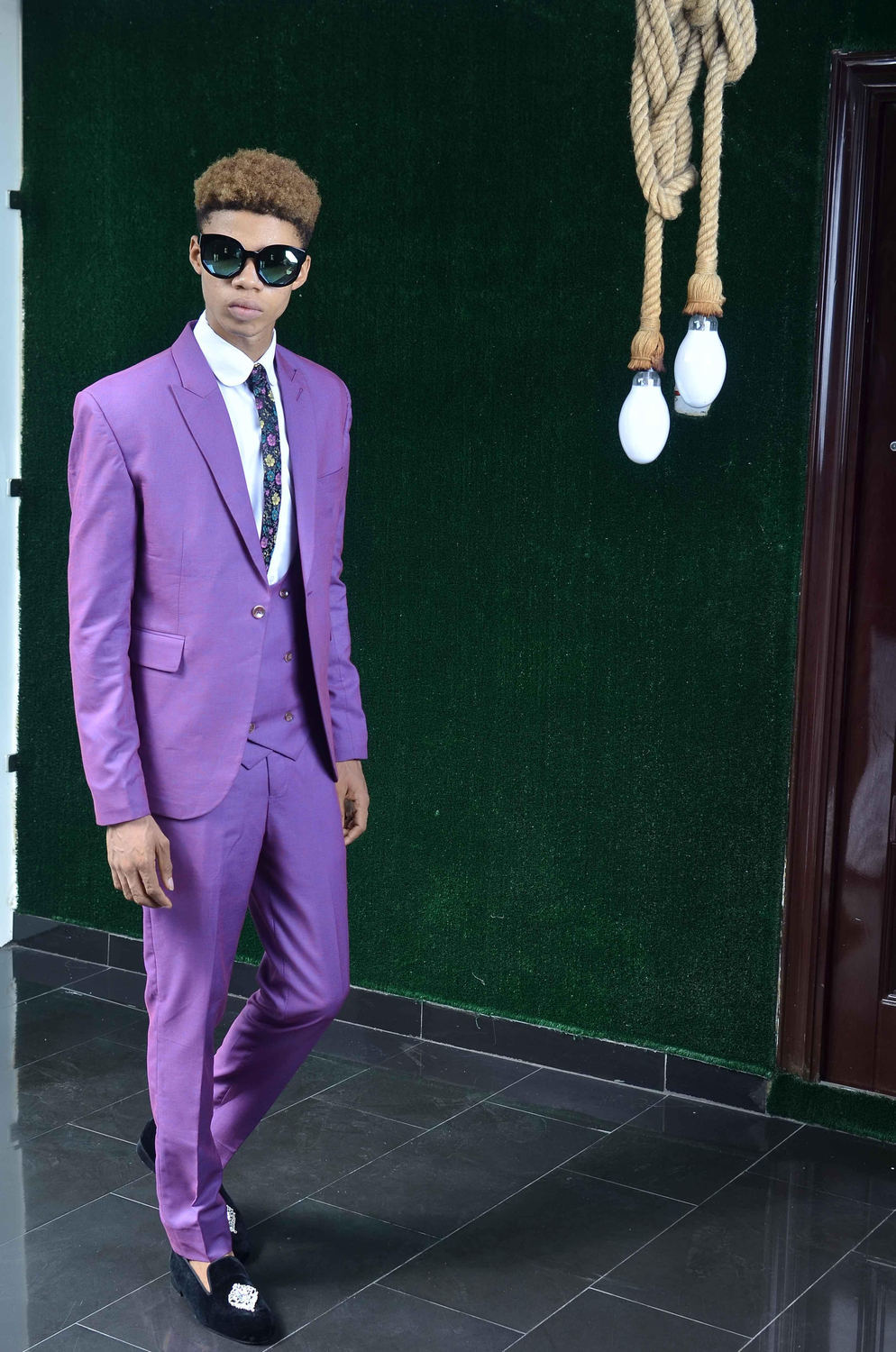 Richard: Because I’ve never been to Tanzania and didn’t know what ‘Matavuvale’ meant, I looked it up on Google. According to what I found, it’s a Fijian word for ‘Family’, that’s when you google meaning of ‘Matavuvale’. And although I don’t see how any of it ties into this collection, especially being the singular inspiration for the collection, I like the collection nonetheless. Without the, how do they say it, serenren. Lol, saying serenren felt so good!!
But when you search for Matavuvale clothings, these come up so I really don’t understand 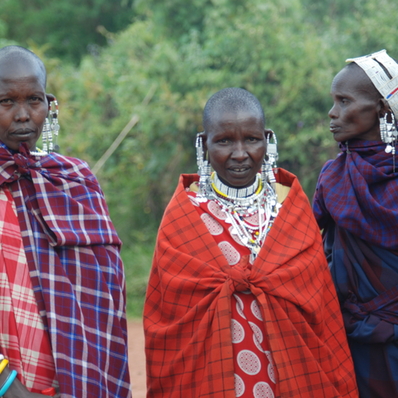 Eki: Yea it’s confusing. Maybe he means the colours scheme? Because it has red white and purple which appear here 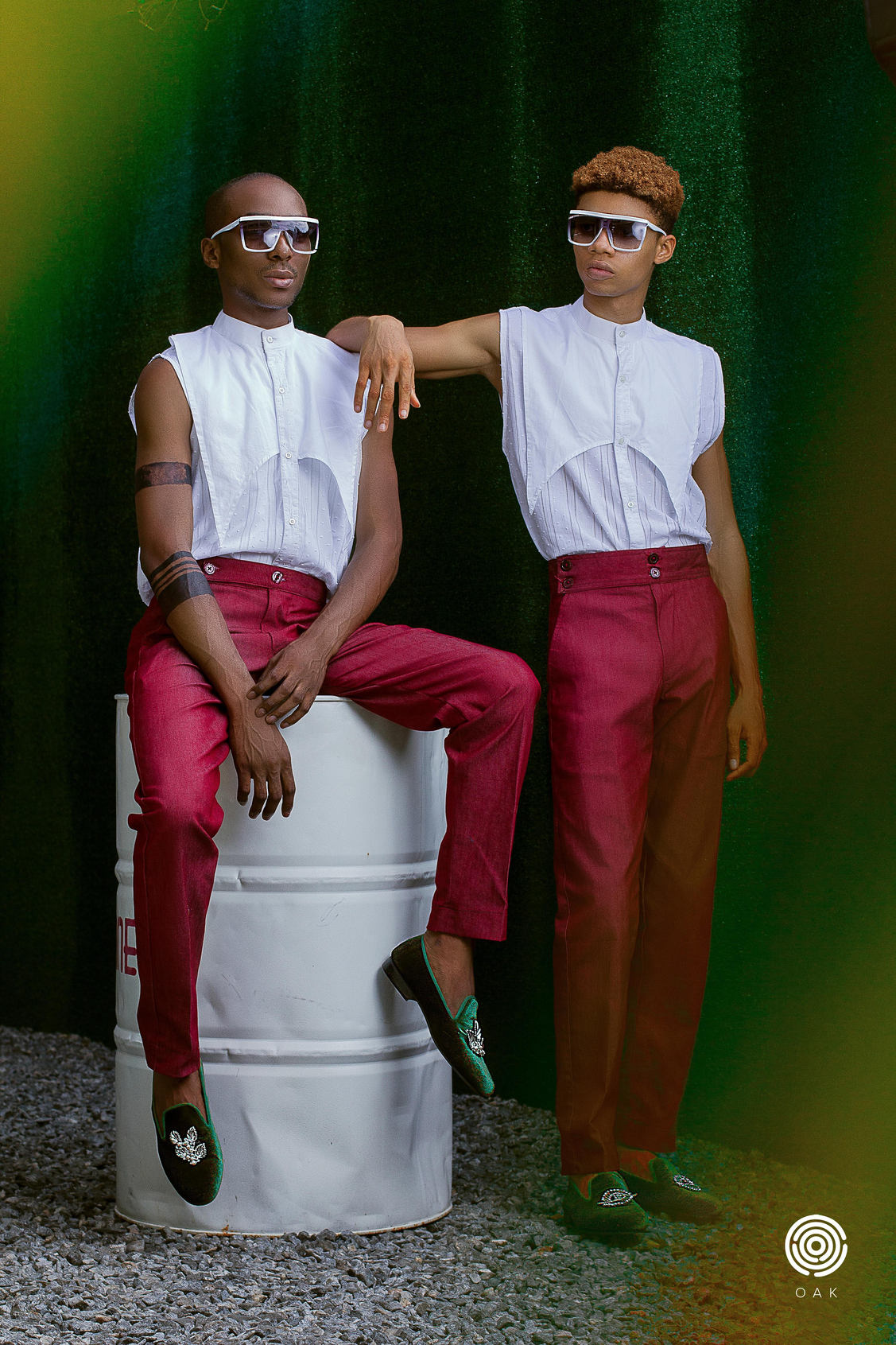 Richard: Maybe, maybe not. But that been said, I like the collection. The purple suit is so JReason and the caftans too I especially like the caftans. These are my favourites 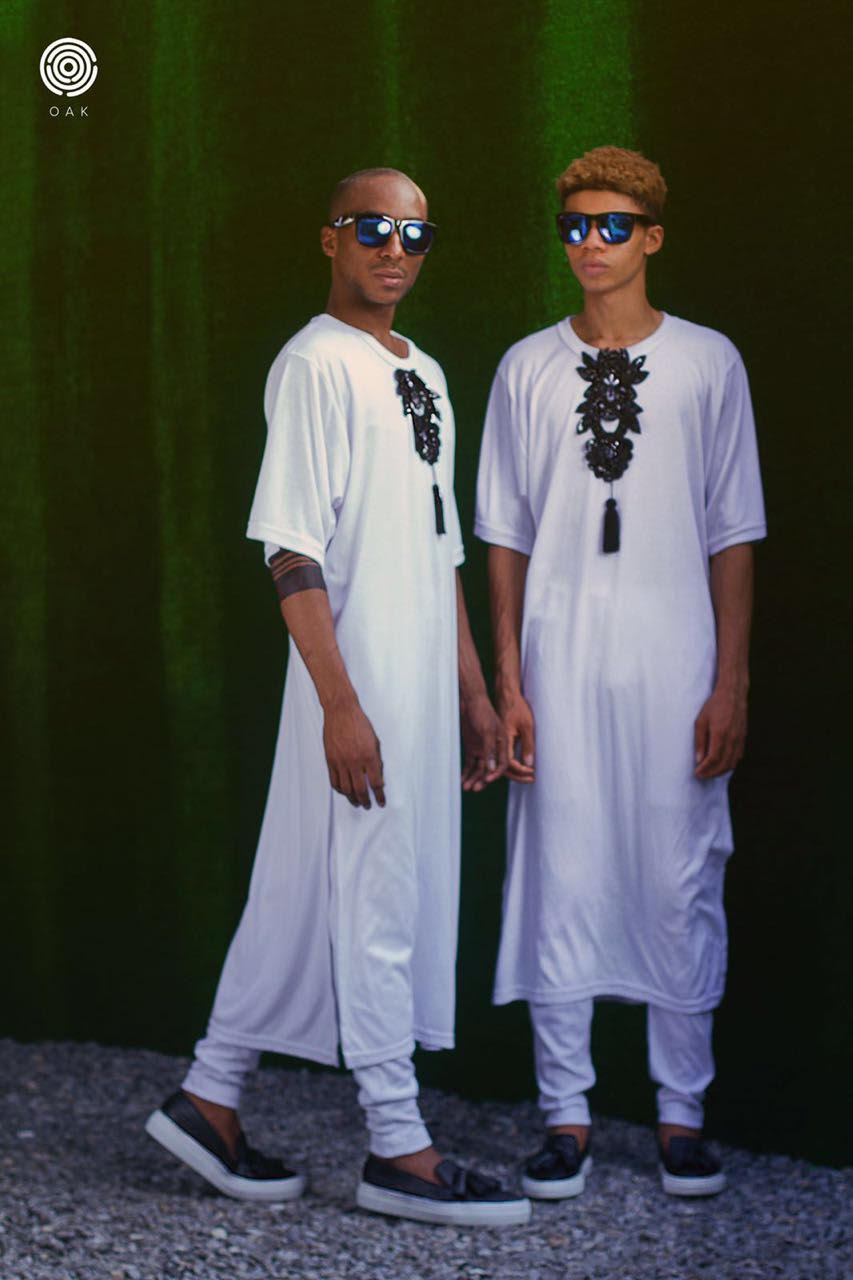 Eki: Yes I like the collection too, even the shoes. I don’t really have a fave but I like the embellishments on the caftans

Richard: Yes, I like them too. Are the shoes part of the collection too?

Eki: No, it doesn’t say it is, I’m just saying I like them. It’s probably just a styling thing. So next is TAI.LORE

Richard: First of all, I need to fanout about Tosin of The Style Infidel, the stylist behind the collection. I got to work with him on AMAA 2016 and trust me Eki, that guy is such an amazing editorial stylist. 90% of the lookbooks he styles are amazing. He’s good! So, back to the clothes. Take out these two suits and you’ll have me drooling 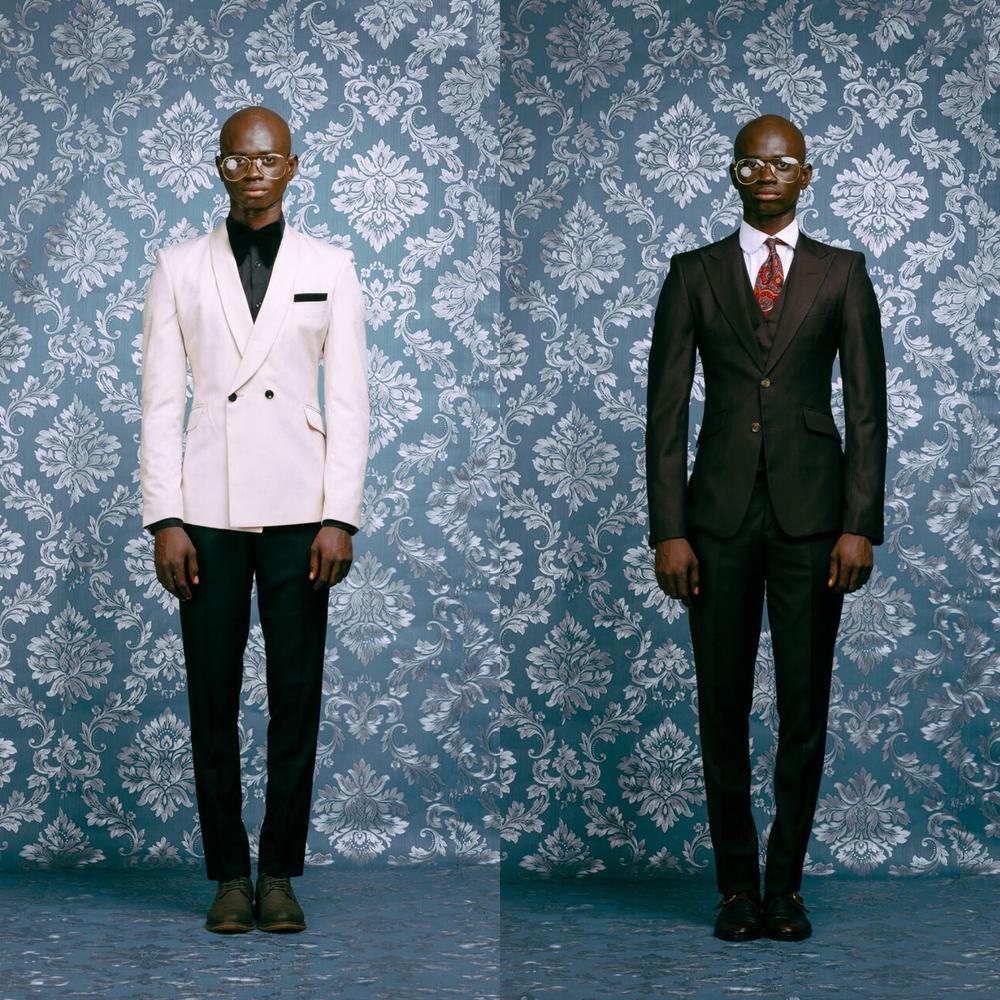 Eki: Yup, this lookbook is great as well, the looks and models draw you in especially with that colourful parrot, Love the parrot

Richard: This collection is cohesive, brightly coloured and that parrot Yass!! You’re in the spirit, I do too. And I like how it appears on each of the pieces save for a few 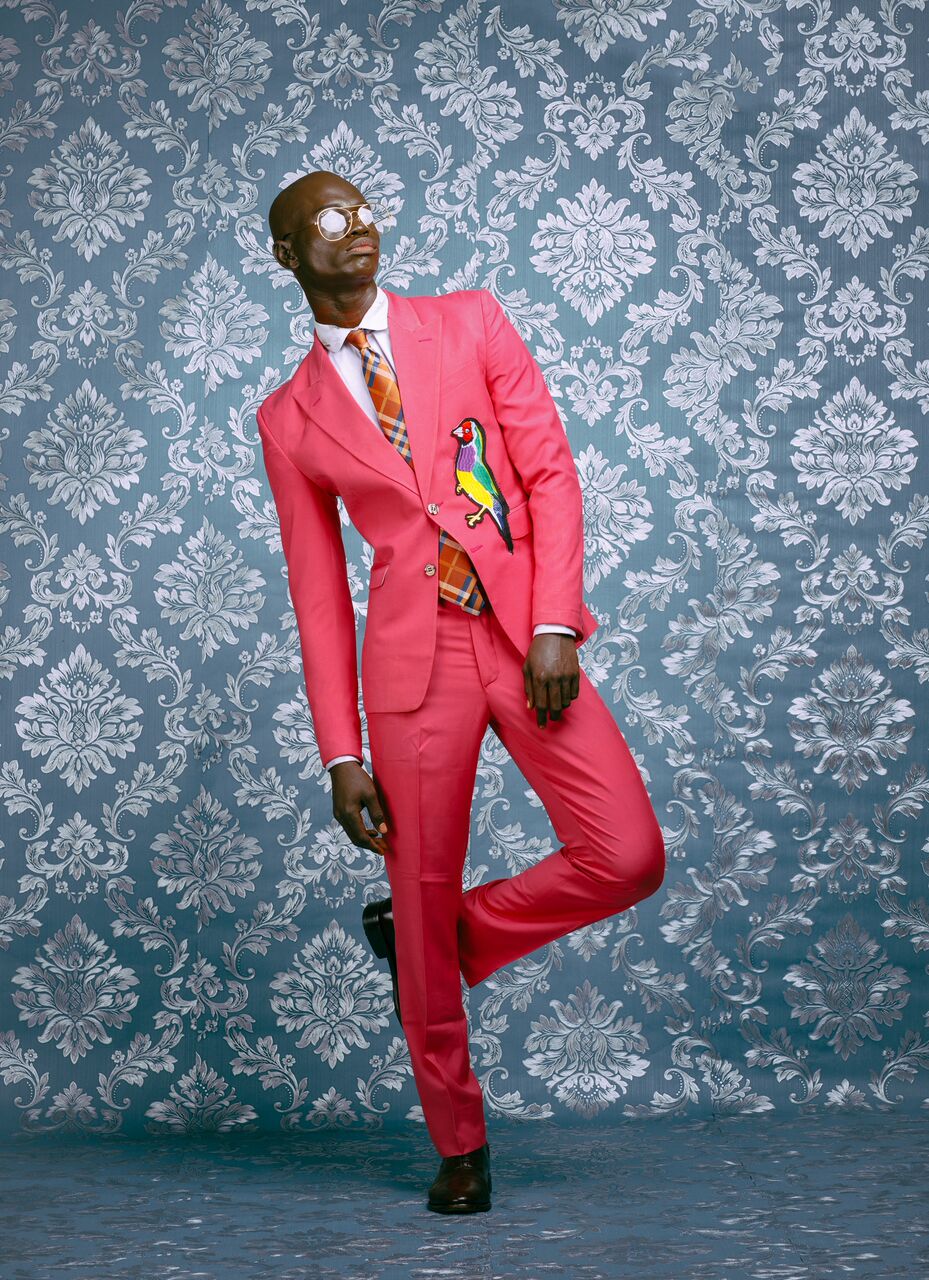 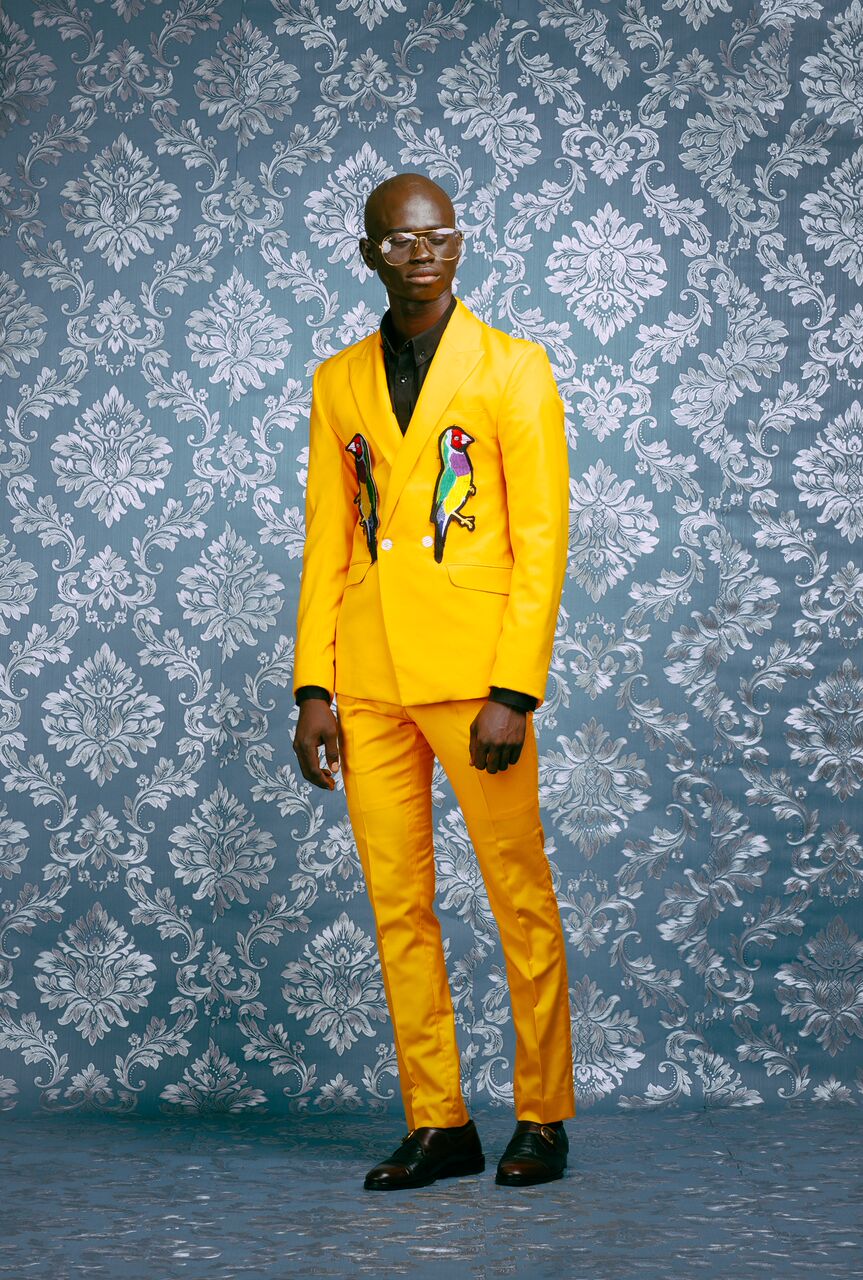 Eki: These suits you want removed, what exactly is wrong with them?

Richard: They look ordinary compared to the rest. Like when ordinary meets extra ordinary 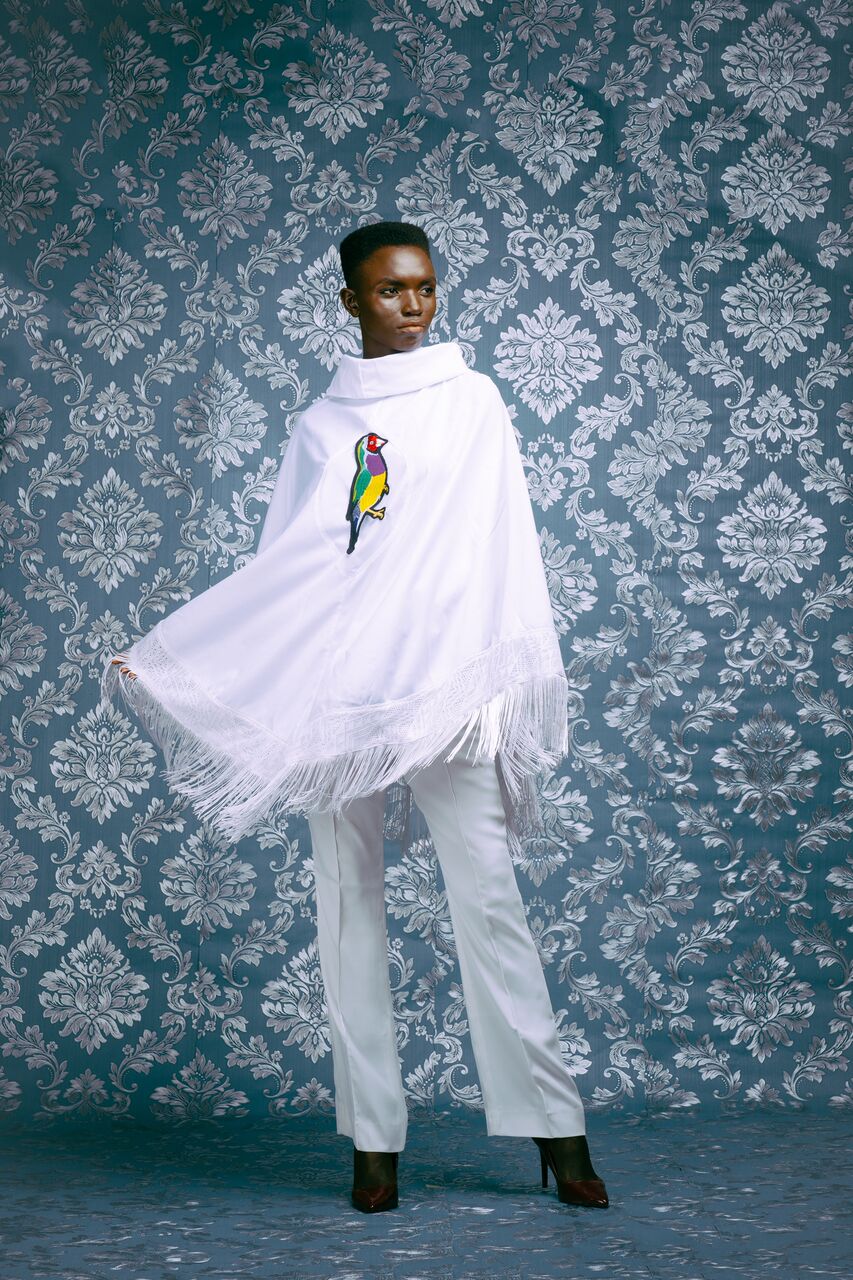 Eki: Sometimes a bit of ordinary isn’t a bad thing o Richard, some of their customers may not like the bright coloured suits and the parrot. But as far as tailoring, the pieces look well made which is very important for suits and tuxedos, cuz it’s easy to spot it when it’s been poorly made

Richard: On your last point, I agree! Next is Mabello Clothiers and it has Eki Ogunbor written all over it. Killing it one look at a time

Richard: Haha, how did it feel being in front of the camera and serving faces/poses? This is one of my favourite pieces 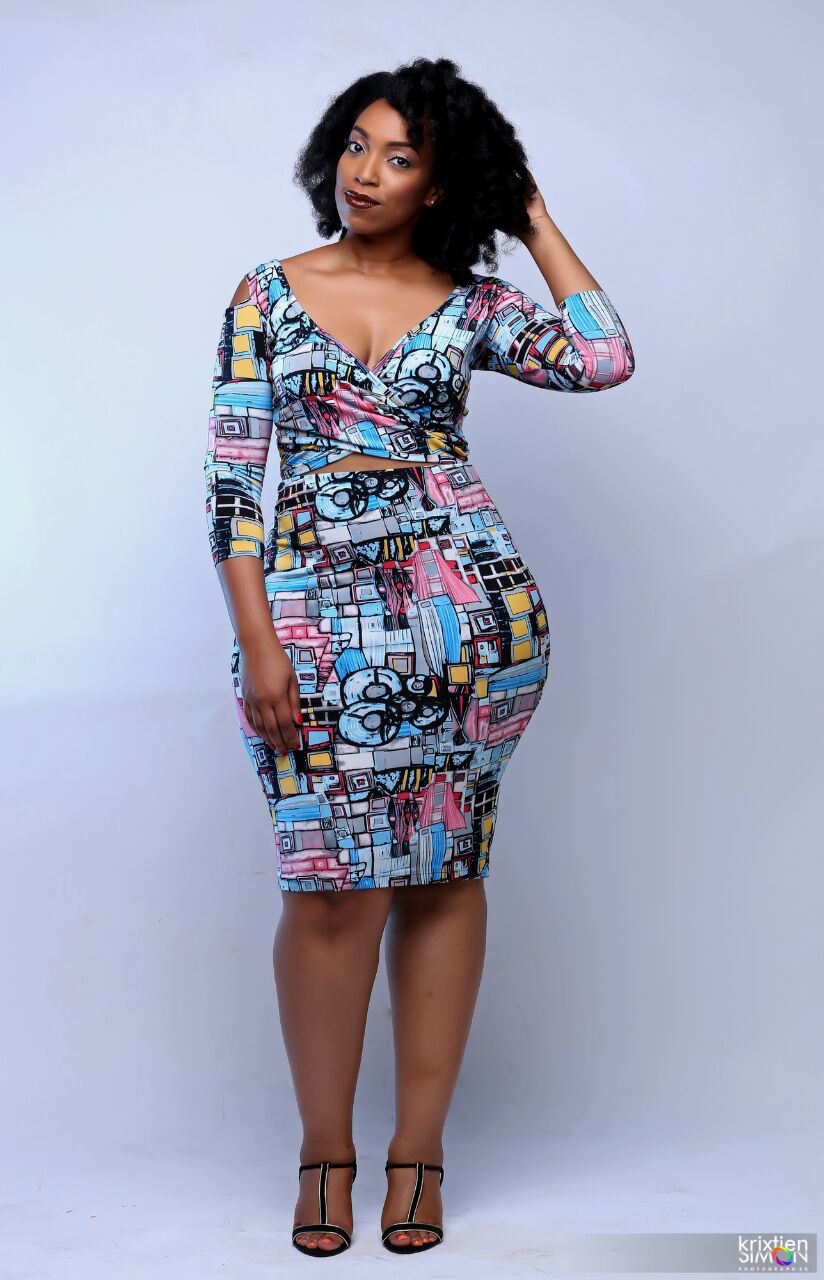 Eki: This is not about me, but about the collection!! It’s was nerve racking but I pulled through because the designer was impressed so that’s good. So back to the collection ?

Richard: Oh yes. So, I like that it caters to the plus size market, these are fun and really daring pieces. From bold colours to prints and appliqués. I mean, whoever decided to wear these must have so much chutzpah to last a lifetime. Which is good as we need more designers pushing the boundaries in the plus size market. You both photographed well

Eki: I agree with you and I like that both models are different shapes of curvy/plus size, so there’s something for everyone you know. Reminds me of the BN Body Shape series I did a while ago.

Richard: Oh yes, true!! And these are some of my personal favourites. 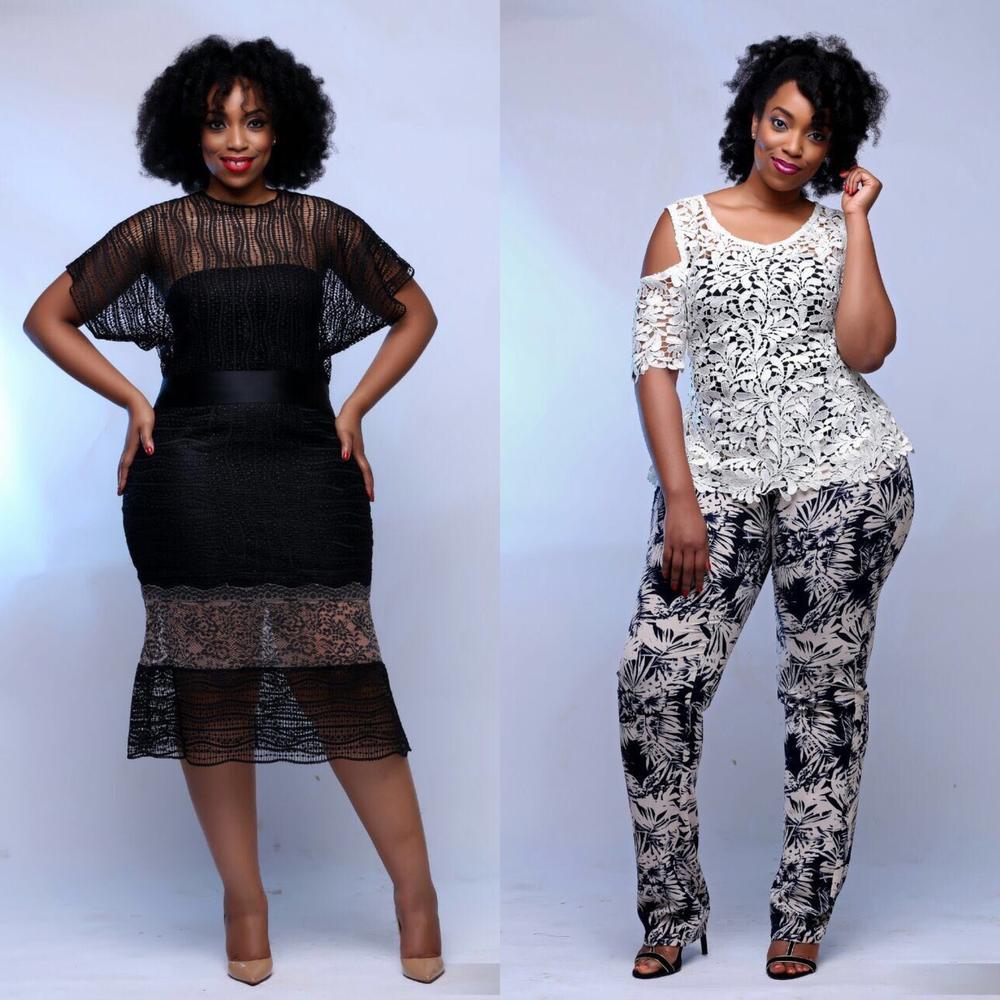 Eki: Yup, mine as well. This too, love the sleeves 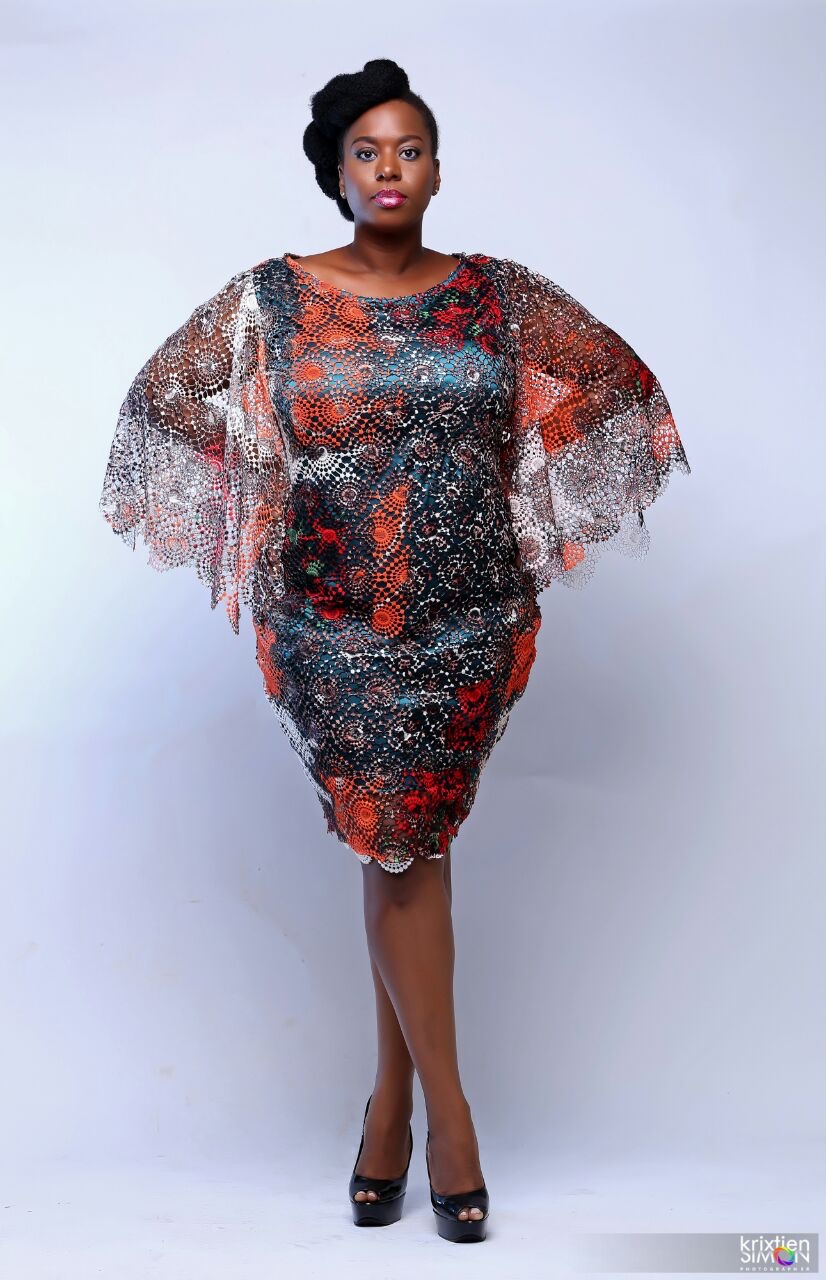 Eki: Next is Lady Biba

Richard: FINALLY!!! A formal wear collection that really speaks to the modern 9-5 woman. Who wants to look snatched yet professional. And every single piece is a statement piece and a wardrobe staple and I can see women in the next 10 years wearing these and the colour palette used is soft and feminine. It was hard choosing, but this is one of my favorite pieces 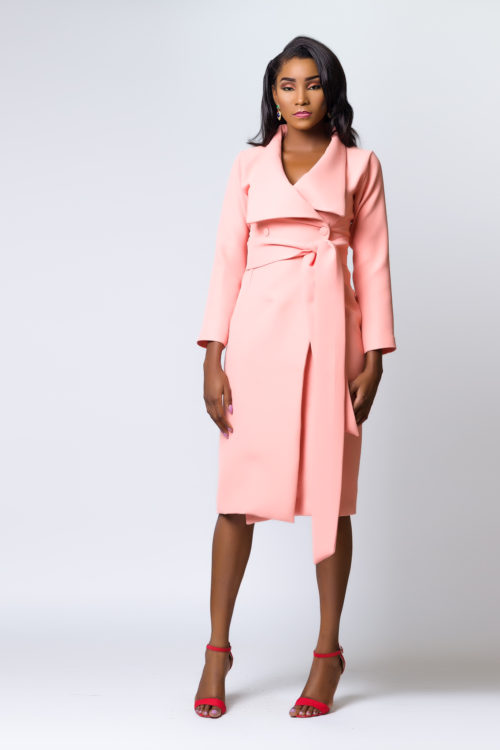 Eki: Yes, love the collection, I think it’s my favourite this week. It’s so clean and easy, very stylish as well. They look well made which is important for clean cuts like this, the beauty also comes from the tailoring. I hope they have bigger sizes sha Lol but I love the ones you picked as well.

Richard: Yes, mine too

Eki: My favourite is that cobalt blue dress 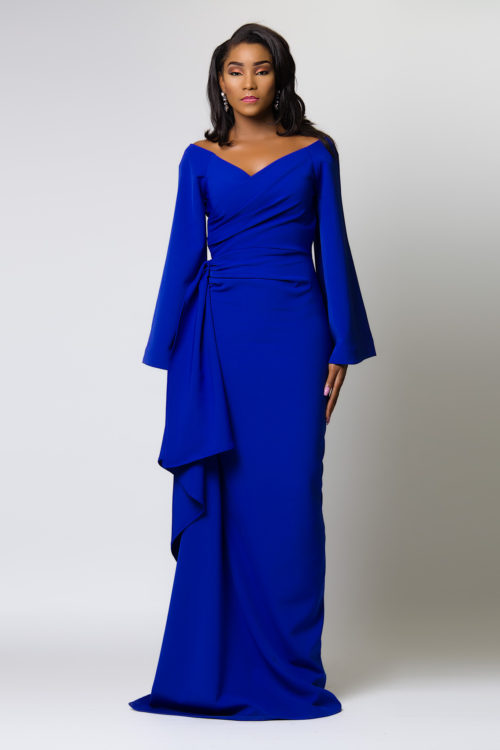 Richard: That blue is on fire 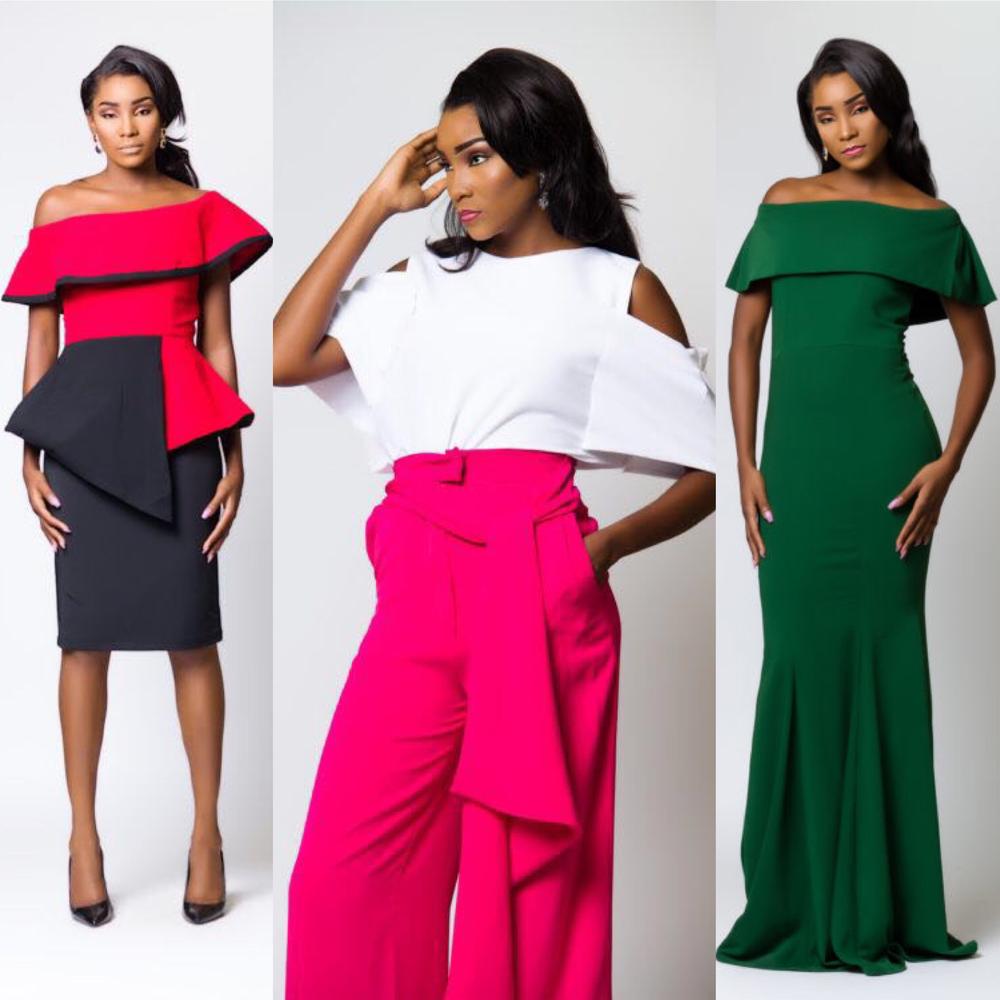 Richard: Yes. It is, these are some of my favourites as well.

Eki: OK next is Chechi Arinze presents The Portrait of a Lady 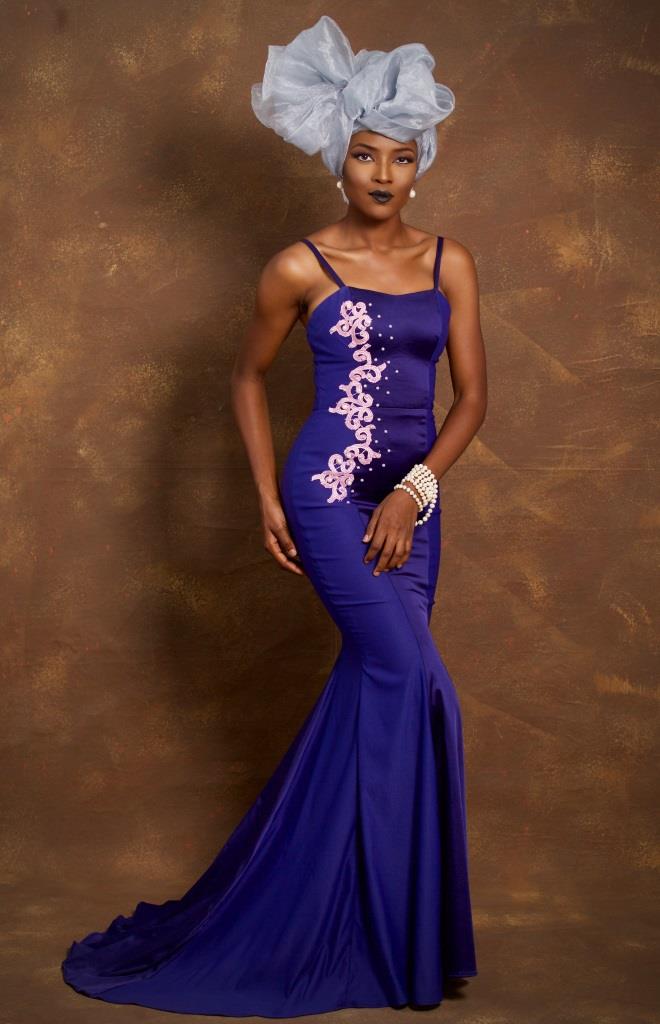 Richard: Hmm. So, I feel this shouldn’t have been released. The idea seems to be in development and the fabrics really look cheap as rightly mentioned by the commenters. It looks like a student’s project, and that’s fine, and totally forgivable. But I hope for next time, they really dig deep on ideation and invest on good fabrication 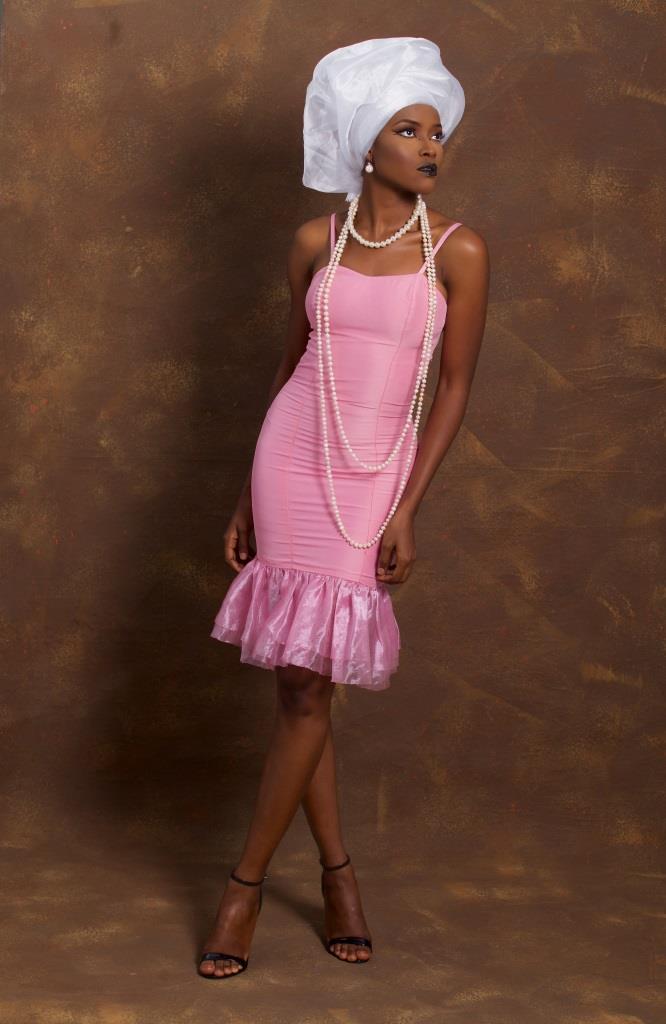 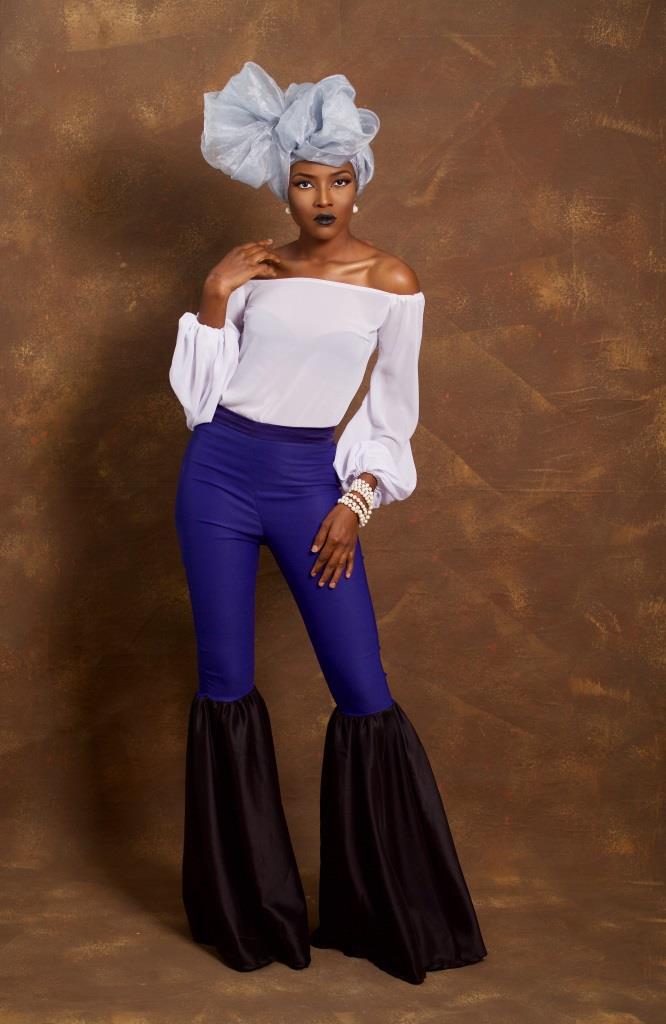 Eki: Yes, some of the fabrication could have been better but I like the designs and I don’t think it so bad. My issue is that the fabric now shows the tailoring issues, so that’s two things that don’t work together but even with that, the collection is not as bad as it could be, we’ve seen worse. Lmao!!! Richard and BellaNaijarians will not kill me o. Do you have a fave? Mine is this blue dress without the extra silver sleeves sha  and I like the styling with the gele too 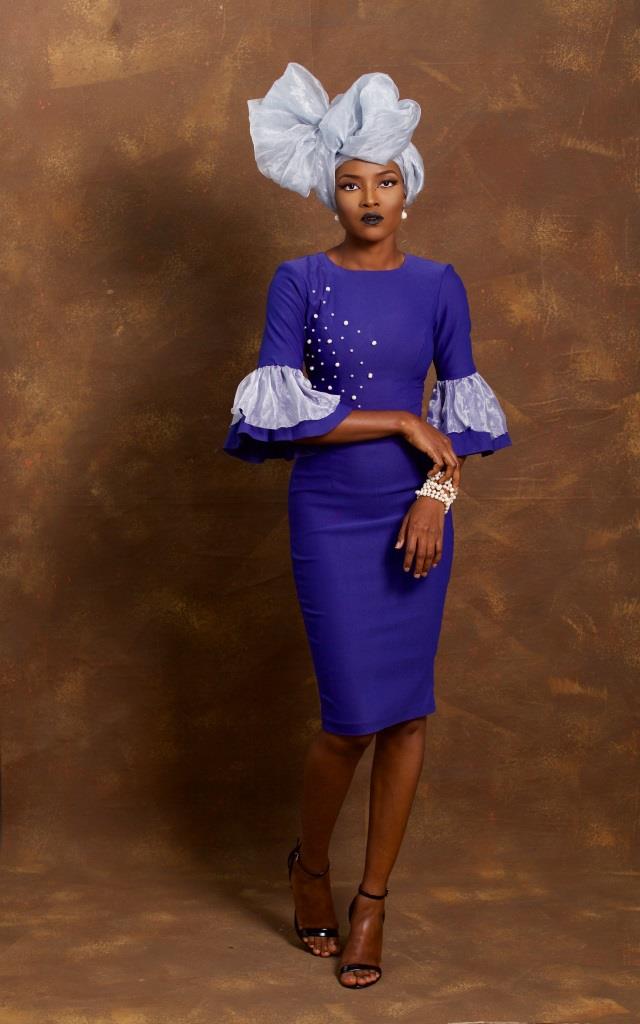 Richard: That’s all I have to say. Lol I thought the gele was really unnecessary

Today’s title was inspired by the current popular trend of bare shoulders with off shoulder necklines and shoulder cut out sleeves.

DJ Cuppy was The Sunday Times Style’s #InstaWoman of the Week! Learn How She Got the “Cuppy” Name & More