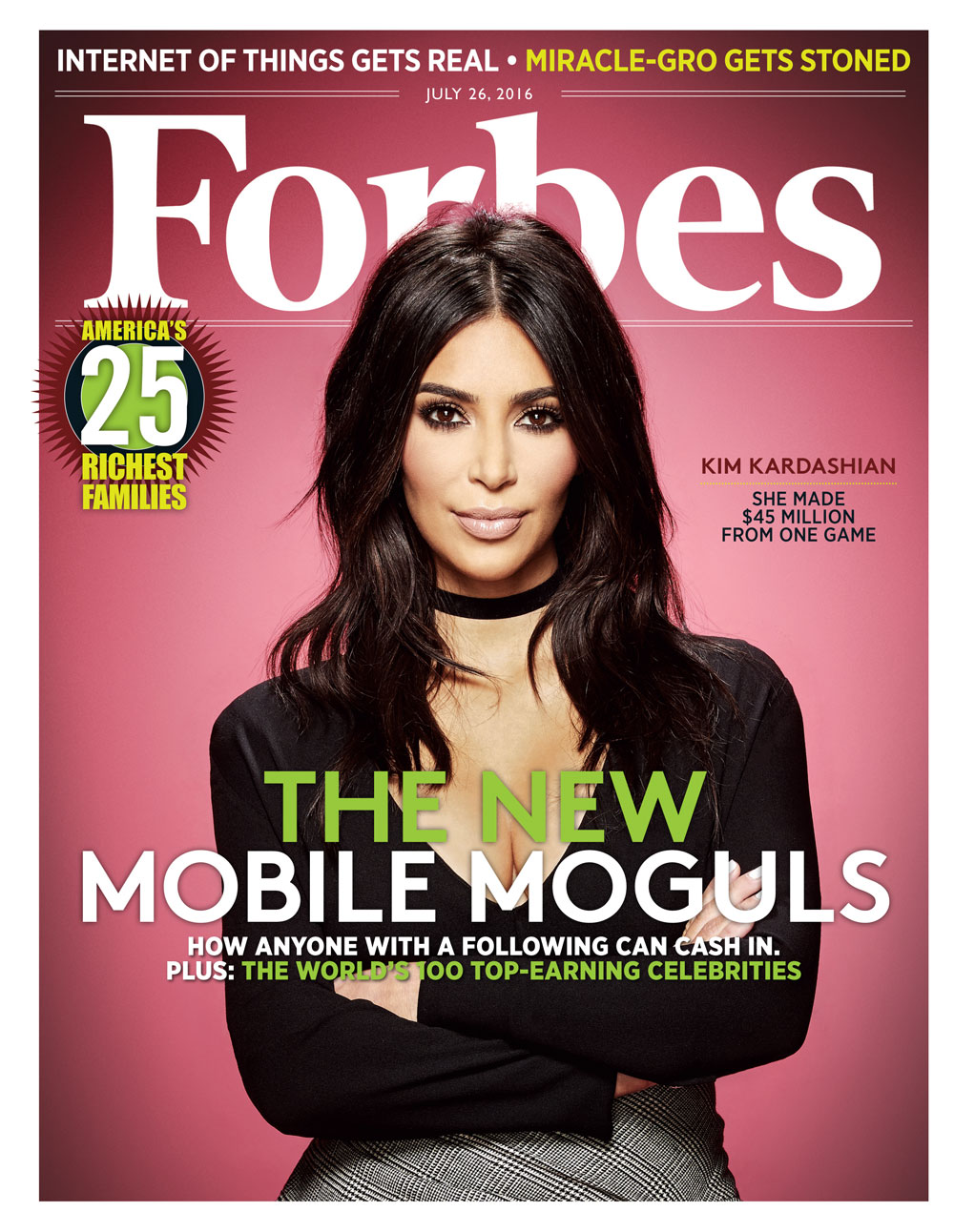 The money Kim Kardashian is making is no joke but poked fun at herself for being on the cover of Forbes Magazine‘s latest cover, saying it’s #NotBadForAGirlWithNoTalent –

Such a tremendous honor to be on the cover of @forbes! I never dreamed this would happen and know my Dad would be so proud.#NotBadForAGirlWithNoTalent ??

Since its June 2014 launch Kim Kardashian: Hollywood has been downloaded 45 million times and generated $160 million in revenue.

FORBES estimates that Kardashian has pocketed $45 million from it over that period.

Cha-ching! Not bad at all.