Israel Houghton has Proposed! After He Swept Adrienne Bailon Off Her Feet with Europe Vacation - Paris, Santorini, Mykonos & Even Flew Her Parents In!

Gospel singer Israel Houghton and The Real co-host/singer Adrienne Bailon confirmed their relationship earlier this year, after photos emerged of them on vacation.

And he has just proposed this evening, after an epic Europe trip.

Click here to see photos of having fun in the sun.

Israel confirmed the relationship in an open letter and refuted claims she broke up his marriage,

then Adrienne confirmed it as well on her talk show.

Before the epic proposal in Paris, stops included Santorini and Mykonos in Greece, where he penned captions about caring less what others think and living his life. 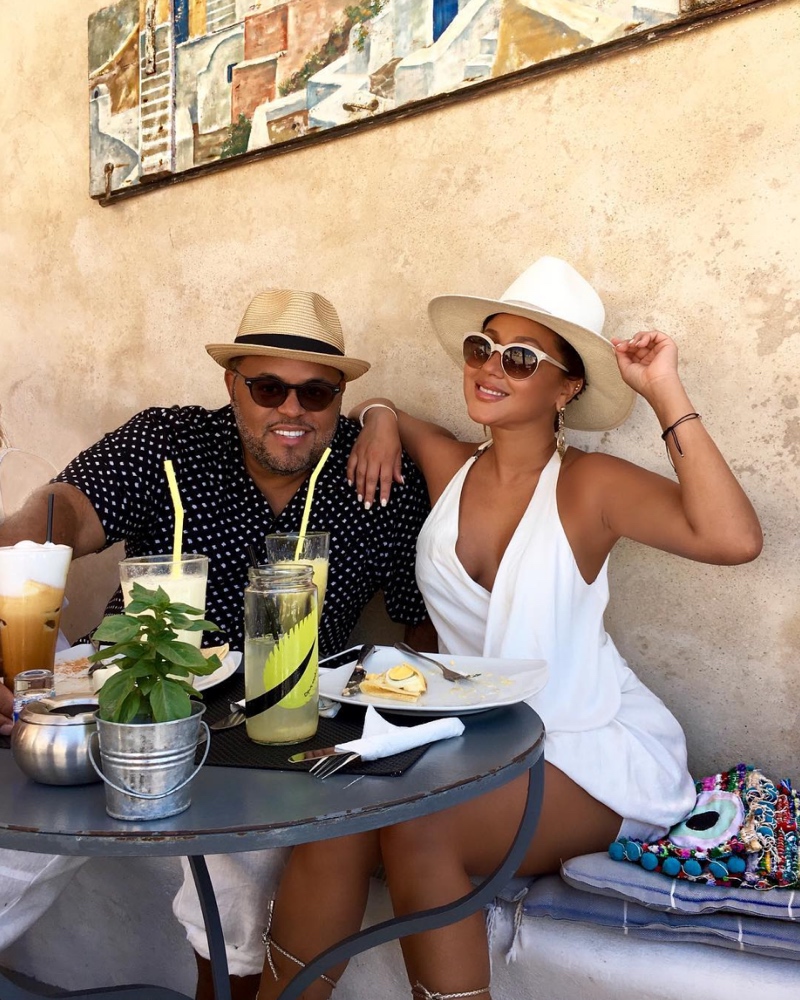 Israel’s Caption: Breakfast in paradise… With this beauty… My heart is full… My God is Good. 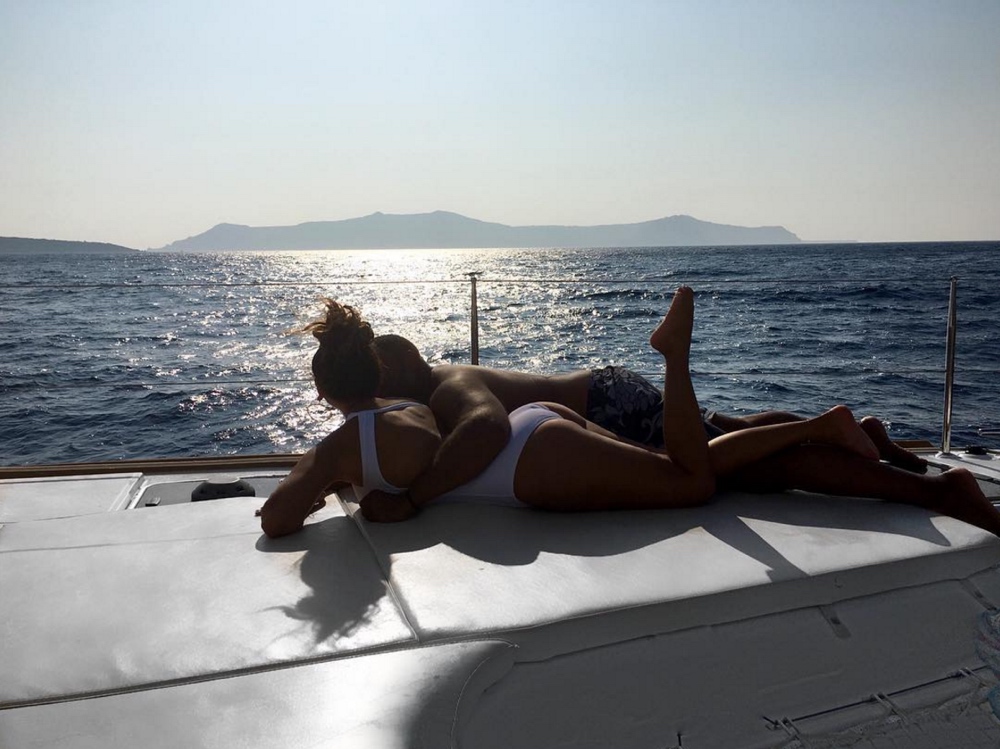 Adrienne’s Caption: I promise you peace, despite the tumultuous torrents you’ve endured, I promise you peace, and I promise it soon. Those who, with temperance, with grace, face the strong winds blowing against their faces, are those who appreciate the sweetness when the breeze finally finds its way to their backs. 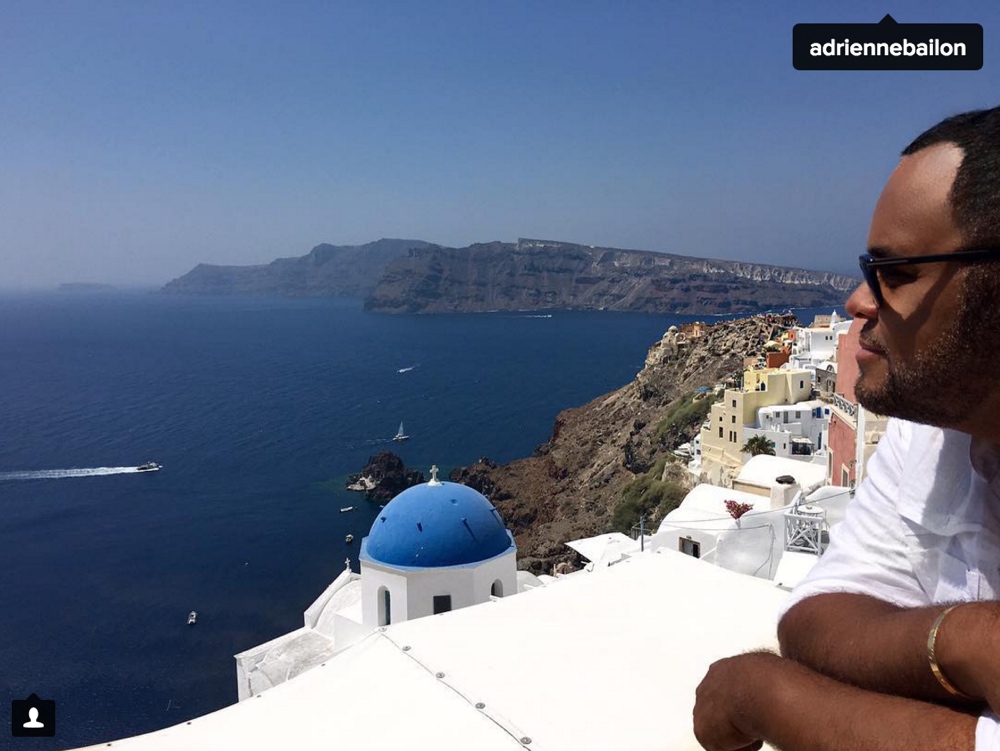 Israel’s Caption: One day it just clicks…. You realize what and who is important and what and who isn’t. You learn to care less about what other people think of you and more about what you think of yourself. You realize that you’re better off with 5 true friends and loved ones who love you no matter what- than to have 500 friends who only love you when you/ your gift make them or their brand look good. You see just how far you’ve come and you remember when you thought things were such a mess that they’d never recover. And then you smile… You smile because God is so good and faithful in His unflinching love – you smile because you are truly proud of yourself, and the person you fought hard to become. You smile because you have 5 people who helped you in that fight; and are still standing, or sitting… In Greece. In Peace.

He also added on another photo,

Stop explaining yourself to people who are committed to misunderstanding you. Instead, focus on the One who understands you because He created you. 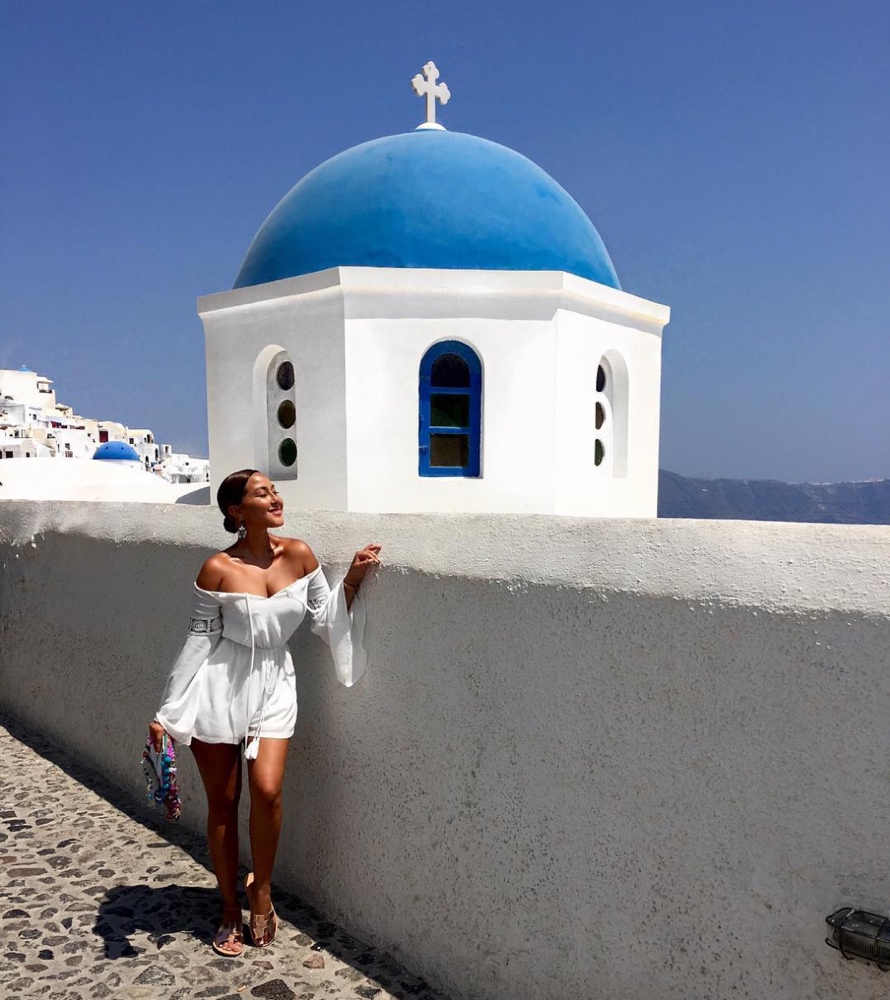 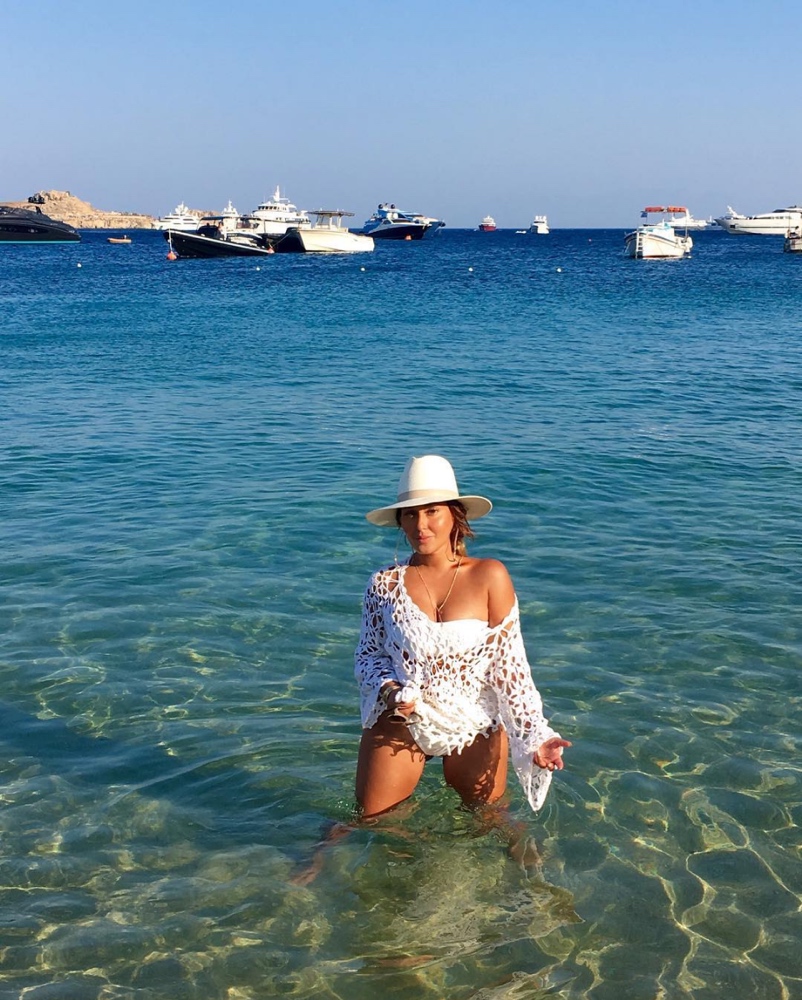 In Paris, he surprised her by flying her flying her parents there to celebrate their wedding anniversary, and also their proposal. How romantic! 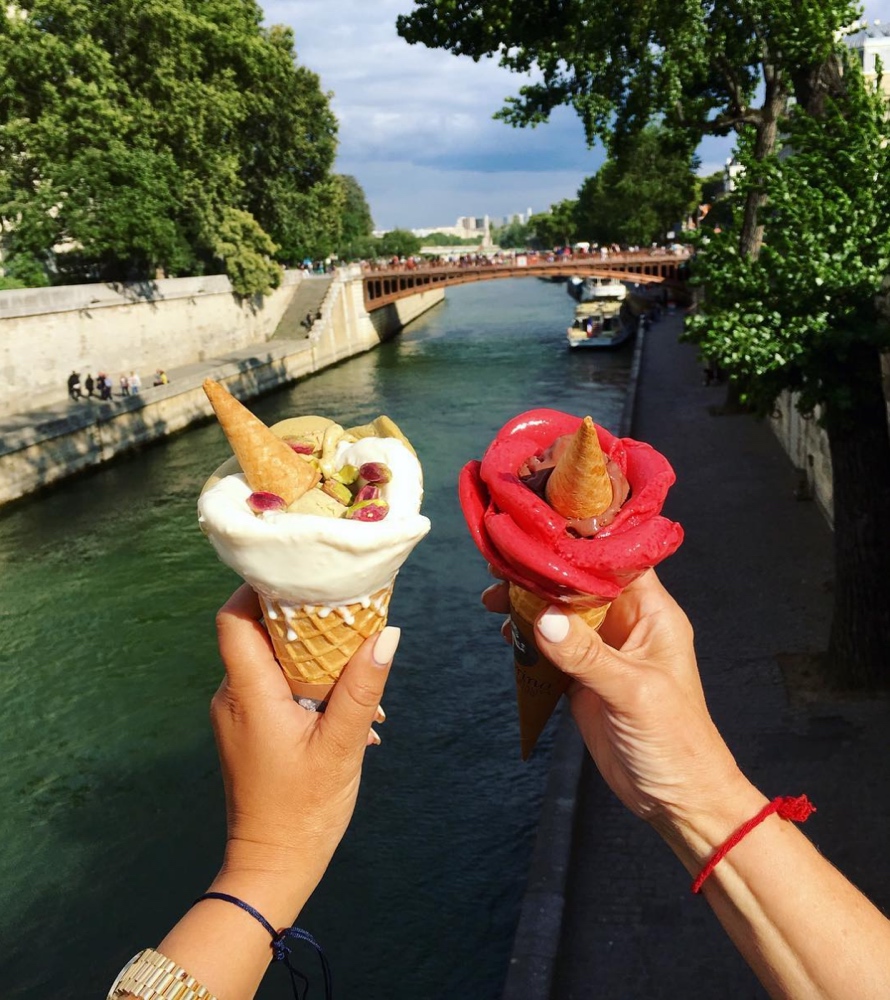 P A R I S ???
The love of my life gave me the sweetest surprise EVER yesterday morning when we landed in Paris… MY PARENTS!!! It’s there wedding anniversary so, he flew them here to celebrate! Ahhh still in SHOCK… My heart is so full it could BURST! ❤️ Watch our Family Parisian adventures!
? RealAdrienneB 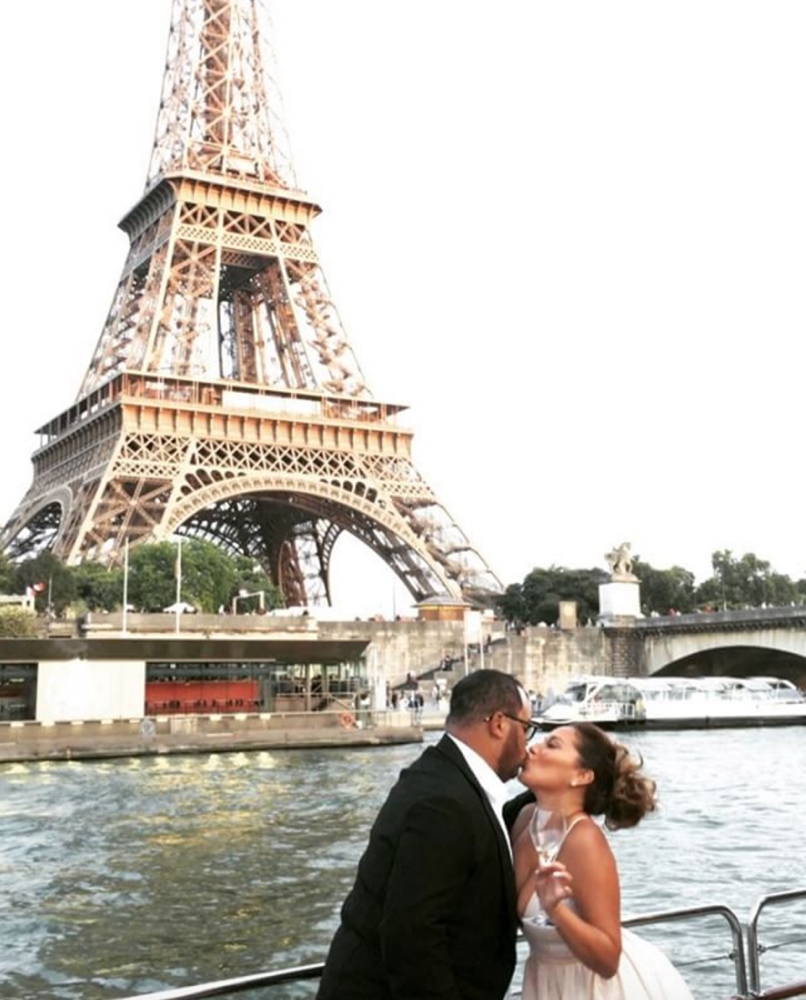 The rock! against the glistening Eiffel Tower lights. 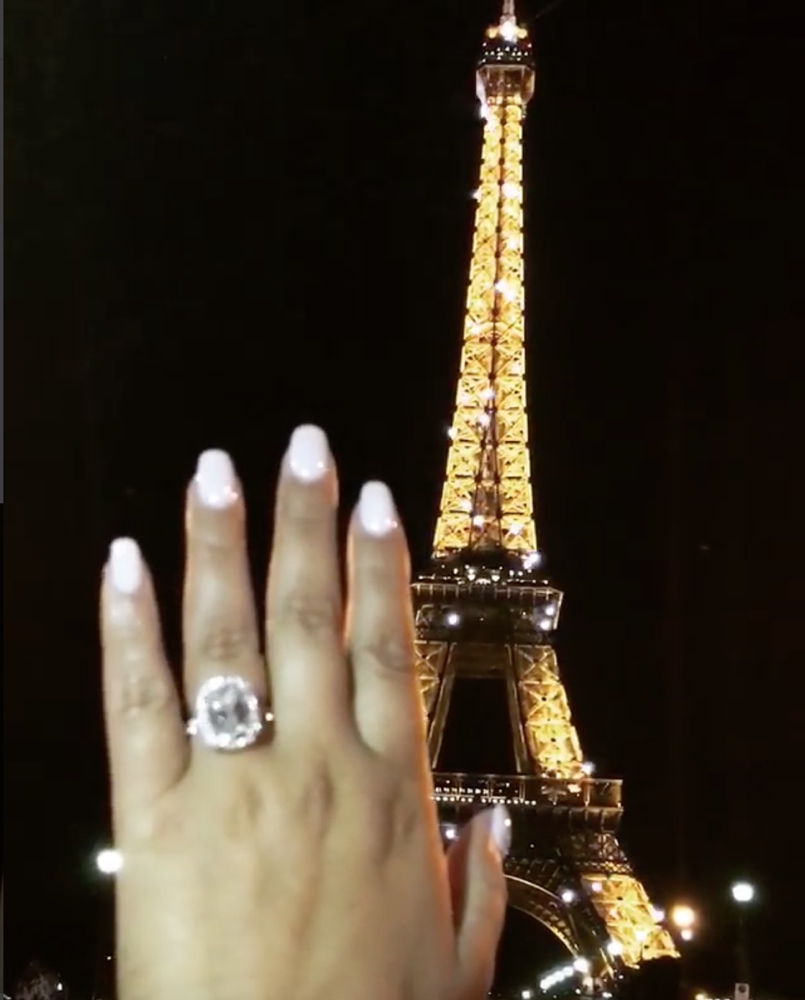