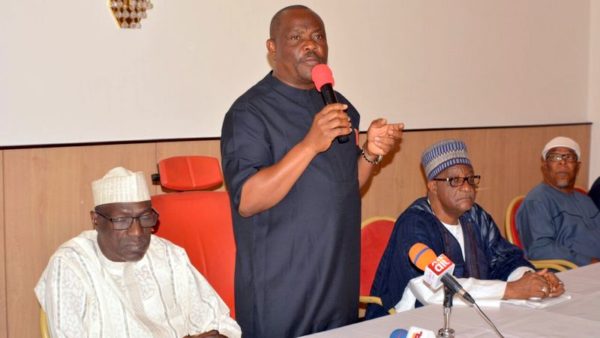 The Peoples Democratic Party (PDP) has postponed its National Convention following the divergent court rulings and the sealing off of the venue of the convention which was scheduled to hold on Wednesday.

The party also extended the tenure of its Caretaker Chairman, Ahmed Makarfi by one year.

The party’s National Executive Committee (NEC) met at the Government House and decided to postpone the convention.

The leaders and delegates later moved to the party’s secretariat to pass a vote of confidence on Makarfi.

Governor of Rivers state, and chairman of the convention planning committee, Nyesom Wike made the announcement at the party’s secretariat on Wednesday.

With his Signature Cocktail ‘Implication Shekarato’, Here’s Why 2Baba is your Preferred Mixologist for the Perfect Hangout with Friends!