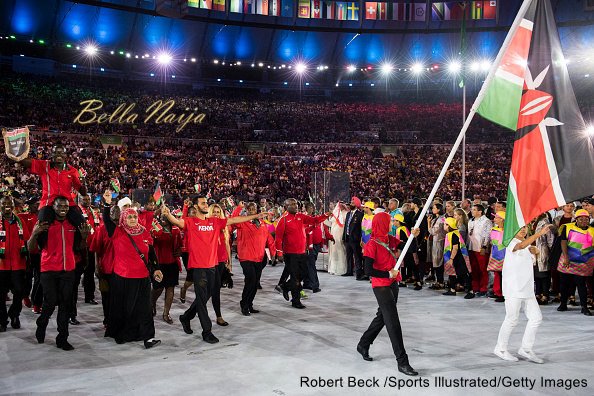 Kenyan athletes have finally left Rio, Brazil after being stranded at a Rio shanty town where gunshots could be heard, following the closure of the Olympic village.

The captain, Wesley Korir, who is a marathon runner, said Team Kenya officials delayed their return home so that they could look for a “cheap flight” for them.

Korir who is also an independent Member of Parliament (MP), posted images on Twitter of dilapidated buildings in the area where he said they were forced to stay.

Unbeliable this is where the rest of kenyan team will spend their night today, after olympic village is closed! pic.twitter.com/h548Ds753g

Team Kenya has been dogged by allegations of mismanagement at Rio.

He also ordered an investigation into the problems the team faced in Rio.

Korir said the athletes had experienced “hell” and he would demand action when he returned home.

“The team won 13 medals, the highest by an African country, but one can imagine that this is how they treat us after all that,” he added.

Korir disclosed that the men’s marathon team is among the athletes stuck in the shanty town, except for gold medalist, Eliud Kipchoge, who bought his own ticket to leave.

He added in a tweet that the stranded athletes were ordered to stay indoors as gunshots were heard all night.

Kenya won six gold, six silver and one bronze medals at the 2016 Games, which ended on Sunday in Rio.

Korir confirmed in a tweet that the athletes have left Rio.

Never felt this much happiness leaving a place, after night full of drama and gunshots i cant wait to see my family pic.twitter.com/59CgBJDTRM