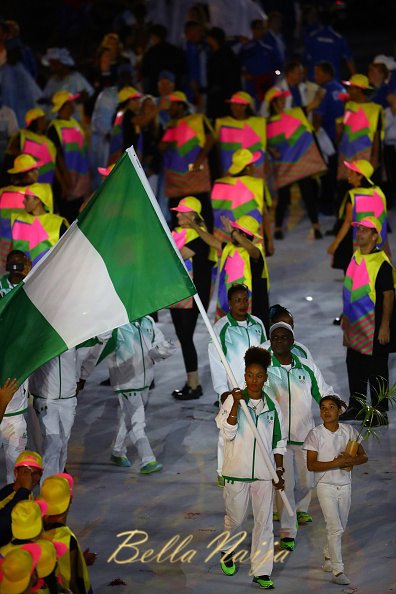 The 2016 Olympics Games taken place in Rio de Janeiro, Brazil has been filled with disappointments for many Nigerians.

First, it was that athletes were (allegedly) told to source for funds themselves for their trip to Games, then the Dream Team VI (men’s football team) was “stranded” in Atlanta where they were training for days, arriving Brazil less than 6 hours before their first game against Japan.

They brought joy at then end by defeating their Japanese counterparts 5 goals to 4 Thursday night. Click here to watch highlights.

Nigerians have expressed their disappointment on Twitter. Though some people did not like what they were supposed to have worn for the Parade of Nations, they decried the fact that the Nigerian contingent wore tracksuits during their march.

Here are some tweets below:

Why are we always wearing tracksuit? Off all the beautiful traditional attires we have! Kai! Go Team Nigeria!! all the same.

After seeing that Nigeria’s team’s tracksuit. I’m off to watch something to take my mind off the disappointment on Netflix!

Why would Team Nigeria wear tracksuit.They’ve always been wearing their green and white Agbada and we’ve been totally fine with it #Olympics

Okay so I heard team Nigeria came out in the RIO Olympics On Tracksuit as against our Traditional Attire! Is it not time for Dalung to Scram

Not an ideal outfit for Team Nigeria. TRACKSUIT? Wow. Nonetheless I need them to win medals and make us proud.

Really wish Team Nigeria didn’t come out in tracksuit during the opening when our native attire is so mad.

Aside Somalia, Nigeria is the only team that came out in tracksuit. Ours is oversize. This is a new low for Nigeria. #OpeningCeremony

So Team Nigeria wore regular tracksuit because their outfits couldn’t get there on time.. Wonders! ??

This APC government is a plague

Some other Twitter users were comfortable with it though:

Look @ Portugal they wore jeans ….And we’re making a lot of noise about team Nigeria in tracksuit #OpeningCeremony https://t.co/SlL5pkwmvV

Reports say the team wore their tracksuits because their supposed attire did not arrive on time.

Here’s a picture of the supposed attire: 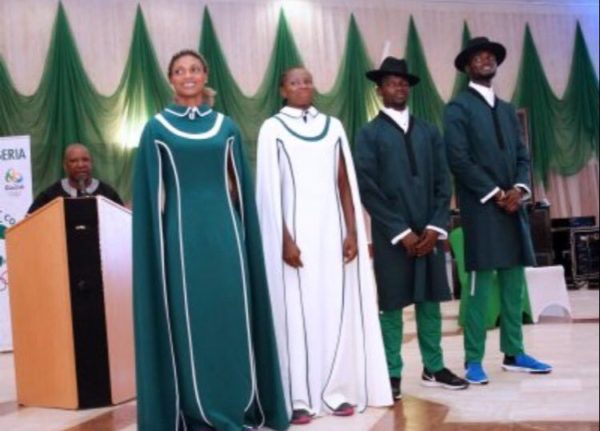 Let us Help you Realise your Ambitions! Meet with an Anglia Ruskin University Rep in Lagos, Ibadan, Port Harcourt and Enugu This August