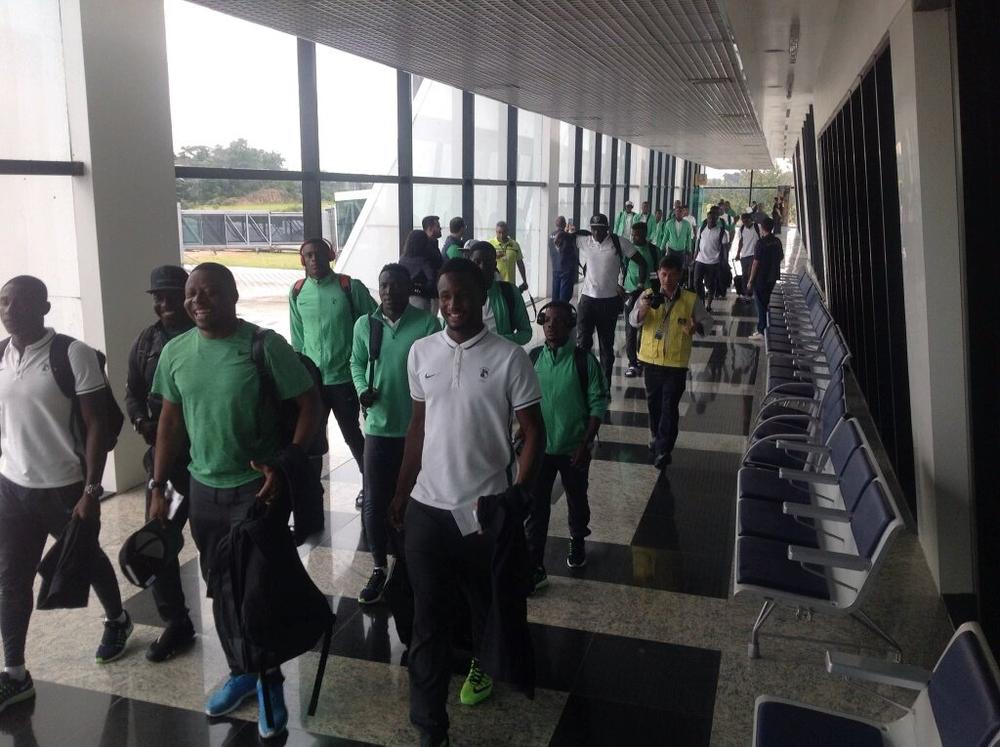 The Nigeria Football Federation (NFF) announced this evening that the ‘dream team’ has arrived for the Olympics in Manaus, a city in Brazil – see the photos below.

This was after several international sites reported that there was drama which delayed the team at different points.

The team were initially scheduled to leave for Manaus on Tuesday but a logistical mix-up over the payment for the charter flight meant the airline refused to airlift the Olympic footballers to Brazil.

An alternative arrangement was reached for the players to leave on Wednesday, however, player complaints about the size of the aircraft then disrupted their travel plans.

The issue was finally resolved when the Federal Government of Nigeria intervened by hiring a Delta Airlines All-VIP jet to take the players and crew on their seven-hour flight to the Amazon city of Manaus.

The delay means the Dream Team will arrive in Brazil with barely four hours until they kick-off their campaign against Asian U-23 champions Japan as they hope to emulate the Kanu Nwankwo-led side that won gold at the Atlanta 1996 Olympics.

They arrived a mere few hours before their first game in group B against Japan. Go Dream Team! We hope they put up a good match despite the challenges.

Dream Team are in Manaus! pic.twitter.com/uiSIOBLidi

“Shame, shame shame” Seun Kuti was Embarassed by the Ooni of Ife singing that Jesus is His Father | WATCH