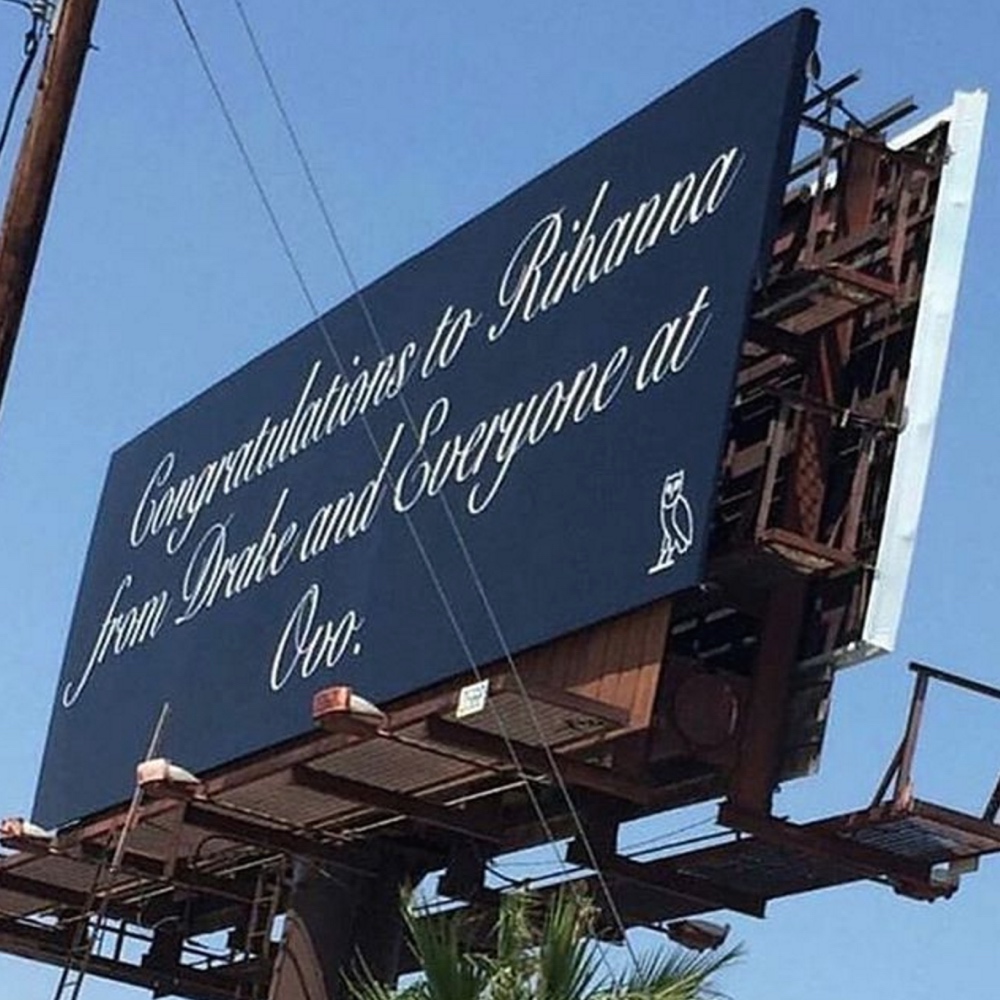 As you already know, Drake and Rihanna are dating again and they’re not one couple to shy away from PDA when it comes down to it.

The “Kiss it Better” signer is set to receive the MTV Michael Jackson Video Vanguard Award at this year’s VMAs Sunday, August 28 and to congratulate her on this honour, the “One Dance” rapper surprised Rihanna with a pretty massive gift to display his affection, a billboard in Los Angeles with this message on it:

Congratulations to Rihanna from Drake and Everyone at OVO

Rihanna posted a picture of the billboard on her Instagram page with the caption; “When he extra,” along with a heart and trophy emojis. Could this possibly mean he’s won her heart?

Fans were loving the sign, with one writing on Instagram: “You two should get married already.” Another added: “what a cute and sweet boy! Don’t talk more just marry him Riri.”

Meanwhile, Rihanna will also perform live at the VMAs tomorrow at Madison Square Garden in New York City, where she’s being recognised for her decade-long impact on music, pop culture, fashion, film and philanthropy.

It’s the end of the Road for two Contestants! Watch the ‘MTN Project Fame Season 9’ Elimination Show on BN TV