The Lagos Bride with No Makeup Speaks! Busola Umoren on Going Viral, Marrying after 3 Months of Knowing her Husband & More 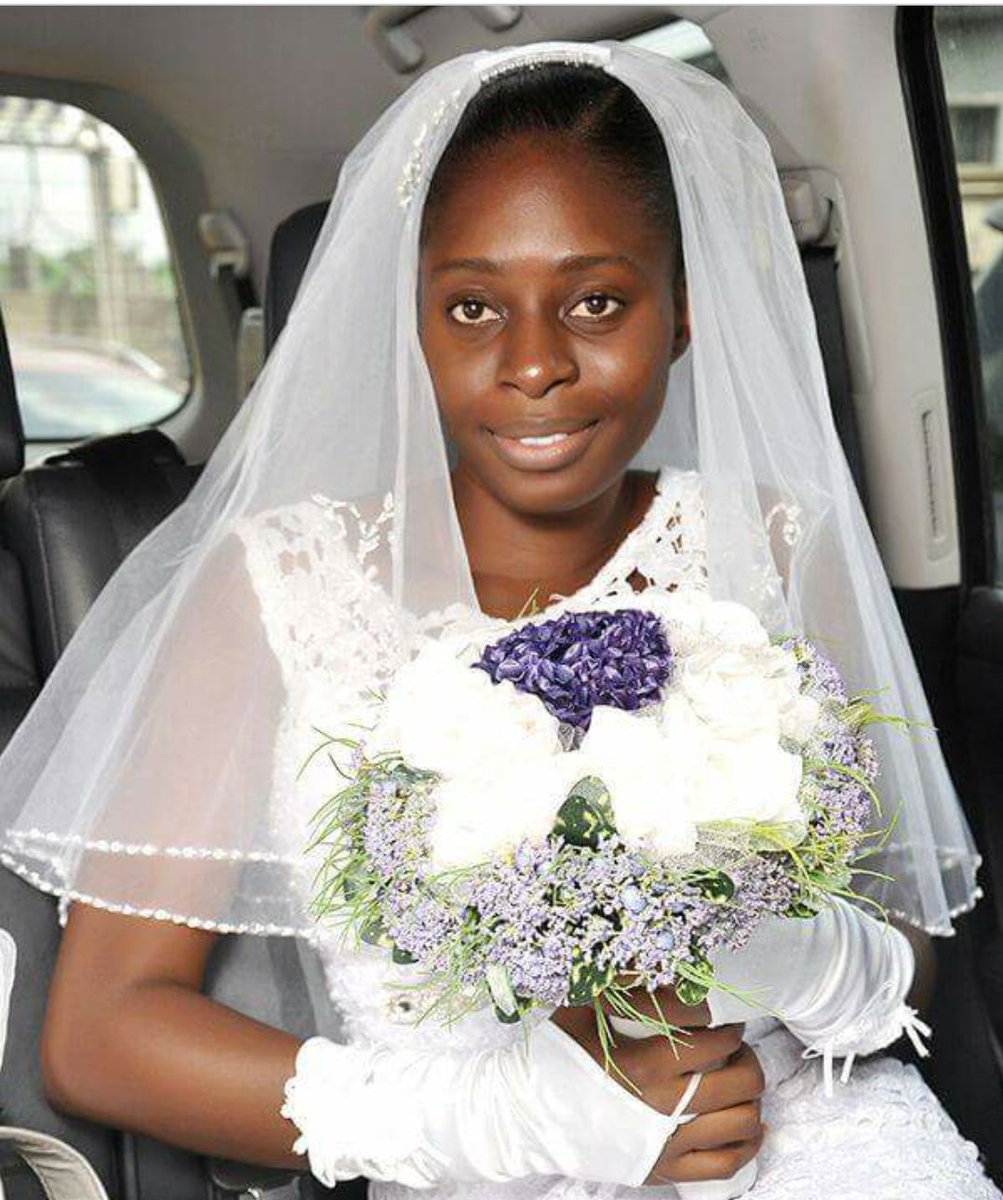 Busola Umoren‘s wedding photos went viral last week. Why? She had no makeup on, yup, not even powder.

The bride, who is from Lagos, and a graduate of LASU (Lagos State University) spoke to Vanguard Allure about her choice – she loves her natural self, and shares that her husband fell in love with her when she hadn’t even taken her bath that day. She also said she wouldn’t have posted her makeup-free photos if she knew they’d go viral.

Here are some excerpts below!

Was that the main reason you went for a natural look on your wedding day?
Just like I was convinced to wear make-up on my engagement day, I was also told to do same for my wedding. I also planned to go for nude make over. I contacted a make-up artiste and she was on standby. On that‎ fateful morning, I was in the car and I looked at the mirror and liked what I saw. Meanwhile, because I was already running late, I had begged the make-up artist to come over and do the makeup in the church (inside the car). After all, it wasn’t supposed to be a serious thing- just small touches here and there.

So, as I stared at myself in the mirror, I looked so natural and beautiful; I really liked what I saw.
Some church members also came to me and liked my natural look and agreed with me not to make up.

Secondly, to be honest, when my husband first met me, I had not had my bath, but he saw and fell in love with my natural look. My hair was due, my face looked way older, I was even tying nylon on my hair when he came to me on that fateful morning, yet he loved what he saw. So, who am I supposed to be making all that up for on my wedding day?

So, that was it. I think God just decided to crown me with early morning beauty the day I wedded. 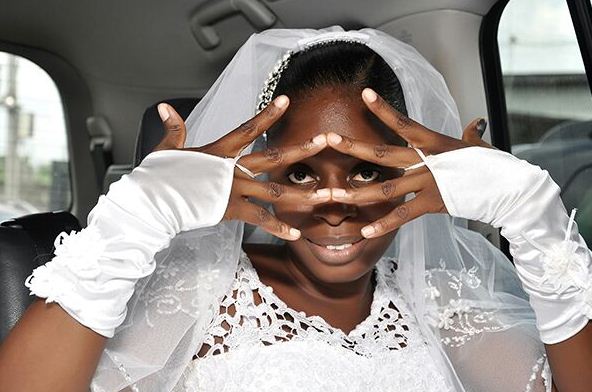 Interestingly, the photographer and the makeup person, were insisting that I should touch up my face a little but I blatantly refused. In the process, a marriage committee member overheard us and warned that make-up is not allowed inside the Church; Christ Apostolic Church, Surulere.

So, before then, you had no idea they don’t wear make-up to your church?

Yes! I had no idea. Some C.A.C parishes wear make-up to church, but some don’t. I only got to know that morning. We wedded in my parent’s parish, so we were not used to their rules and
regulations.

Well, because of that we concluded that I would have some make-up on after the church; before the reception. But the picture that went viral, I had no makeup on, not even powder.

When you saw your pictures all over the internet what was your first reaction?

I’m a writer and a blogger with a Facebook fan page. So, I actually uploaded the pictures on my Facebook page, telling my fans and readers that I have gotten married.

As at Tuesday, it had over 1,500 shares on Facebook. The picture went viral with some people saying all kinds of things about me. I’m a very emotional person. I saw the pictures on different blogs and the comments were not pleasant at all. Someone even said that I wanted to be famous that was why I didn’t use makeup. Some other persons said I was trying to condemn those wearing make-up on their wedding day that was why I went for natural look. The comments were too much and mostly insulting. I had to stop reading them because it was really getting at me.

Honestly, if I knew it would be like this, I wouldn’t have posted it.

How did your husband react to all of these? 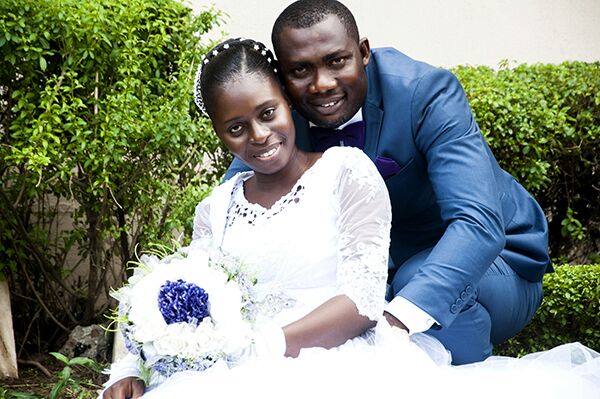 My husband is quite understanding. He was just laughing and wondering why people are so surprised about the whole thing. He wasn’t angry at all.

As a naturalist, so you have a special beauty routine?

No. No at all. I am not particular about creams, soaps, or other beauty products. My husband do have his special creams and perfumes and all that, but I don’t. If we plan to go out, after taking our baths, I’d be ready before him because, apart from my body cream, I don’t do any other thing. I just wear my clothes. My husband was forced to buy me powder, so I can at least start using it whenever we want to go out.

Soon you’d start having kids, are you going to pierce their ears?

Well, it all depends on my husband. It is his choice. For me, I can’t impose lifestyles on my kids. You see some kids forming Holier-than- thou at home, but when they step out, they become so wild. I don’t want that kind of life for my children.

How did you meet your husband?

We met last year, December 16, 2015 after I was robbed besides Abiola Garden, Lagos at about 9am. The robbery was a horrible experience; I lost my Blackberry phone, tab and some money. Thankfully, I wasn’t raped but sustained minor injuries. A close friend then volunteered to come help me massage my leg when he heard what happened to me.

When he was coming that morning, he came with his long time friend (who is now my husband). When I first saw them, I almost refused to open the door, because it was quite early and I wasn’t expecting two visitors (one stranger at that time).

Well, I later had to open the door and that was it. After the first visit, he (my husband), came back alone on December 26, to see me and that was how our relationship started.

Few weeks later, he proposed because he was scared that if he wasted more time, another man would take over.

We had our court registry in February 2016, barely three months after we met.

What was the first attraction?
Well, I like his height. I am not on the tall side, so he compliments me. I like tall guys; nothing less than 6 ft. He is also chubby. He is very caring. He showered me with his love and care that I had no choice but to succumb. But his tribe was almost a barrier for us; he is from Akwa-Ibom while I’m from Lagos State.