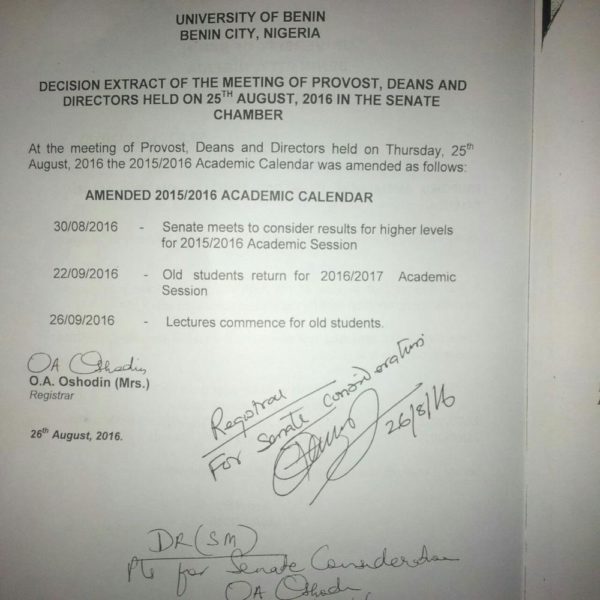 Following the delay in the sending of admission list from the Joint Admissions and Matriculation Board (JAMB) the management of the University of Benin (UNIBEN) has released details for resumption of the 2016/2017 session.

The University released a statement, calling on old (returning) students to resume on September 22 2016 for the new academic year.

Conspicuously missing was the resumption details for fresh (100 level) students.

Related Topics:Joint Admissions and Matriculation Board (JAMB)University of Benin (UNIBEN)
Up Next