"When will men put as half as they put in new relationships into their marriages?" OAP Shaniqua Jon Snow Condemns Israel Houghton & Encourages His Ex-Wife of 20 Years, Meleasa 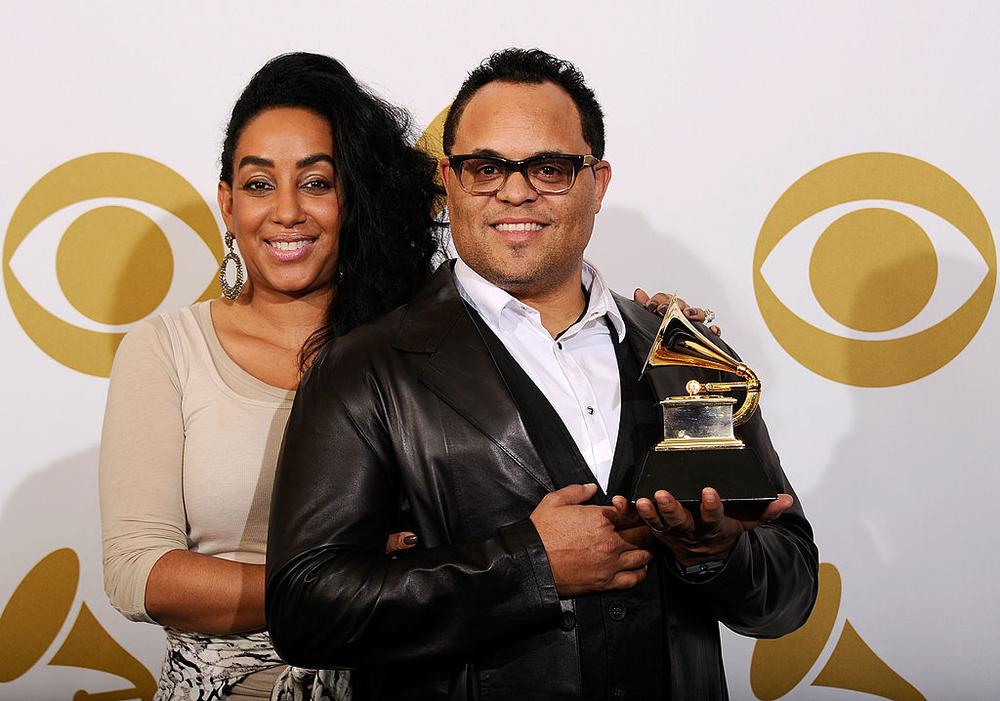 Gospel singer Israel Houghton and Adrienne Bailon got engaged this past weekend, after a brief courtship – see their Euro vacation and Paris proposal here.

The singer announced his divorce to his wife of 20 years this year, citing his infidelity of some years ago as the cause of their marriage breakdown – click here to read.

Soon after, he was spotted on vacation with The Real talk show host and singer Adrienne Bailon, and now they’re engaged – see the photos here.

Twenty years of one’s life just gone done the drain. I simply just don’t get it. How men just don’t want to grow up. How they feel younger women and butterflies in the tummy should be the next thing to acquire as soon as they become rich or richer.

You think Adrienne would be all ‘i am so in love with my bf’ if #Israelhoughton wasn’t rich and couldn’t afford expensive getaways? Everyone is congratulating #adriennebailon but I just feel so much pity for #meleasahoughton. Where does she start from? Like she just wasted 20 years of her life. She always took a back seat, let the spotlight remain on #israelhoughton. She was always behind him in those pictures, prolly never felt good enough, wanted to cover up as much as possible as a Minister’s wife. ‘Oh you are a Minister’s wife, you should cover up as much as possible, no – not much make up’ etc. Anyone notices how Adrienne doesn’t cover up much – Minister’s fiancee or not, and Israel is so blind to see it. What does he know? He’s so in love… He could fly her to the moon if he could. Shamelessly displaying all his love to his new fiancée on SM not minding how hurt his wife may be seeing all of their clothless vacations and PDA.

When will men grow up?

When will they understand that God takes vows and marriages seriously?

When will they put as half as they put in new relationships into their marriages?

Old wine tastes better than new wine. Forget the new wine bottle, forget the shape, forget the waiter that serves it, forget how it makes you feel. Invest in your marriages, make it work. To fail your wife is to fail God. Take your marriages seriously. Date your wives. Take them on romantic getaways. Make them express themselves as they want to. Help them chase their own dreams. And to #meleasahoughton chase your dreams, don’t give up on them. Surround yourself with good friends and family. Laugh, love and heal. It may take a while but God’s got you. He will never leave you nor forsake you. Don’t feel less in any way. You are such an incredible and beautiful woman, never doubt that.