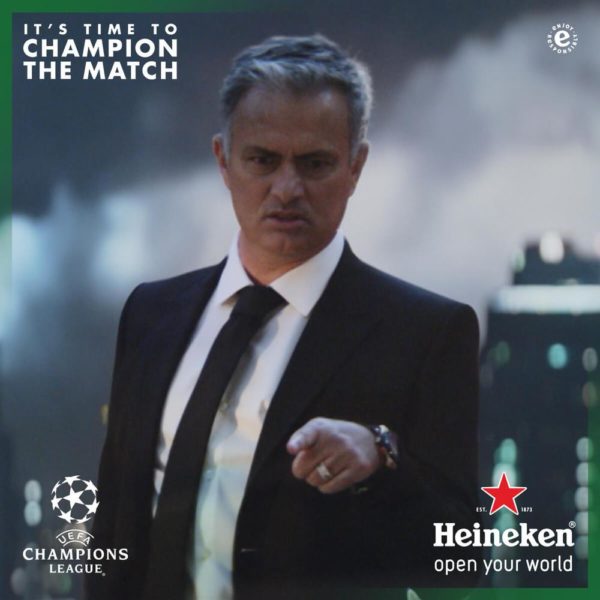 The commercial is part of Heineken’s ‘Champion the Match’ campaign and launches on TV and digital channels to coincide with the new 2016/17 season. The film sees Mourinho deliver a passionate and motivational address to fans across the globe. He challenges them to prepare for match night, no matter where they are in the world and no matter what time zone they are in.

Gianluca Di Tondo, Senior Director Global Heineken® Brand at HEINEKEN, said; “Preparing for UEFA Champions League match night makes the experience even better. With a little bit of thought and effort, fans and their friends will have a greater experience. But sometimes a little inspiration is needed, and who better to motivate them to ‘Champion the Match’ than Jose Mourinho.”

Jose Mourinho, said; “Heineken has been on the touchline with me through my whole UEFA Champions League career. I like what the brand stands for especially its stance on responsible drinking. Filming the Prep Talk was a new, and very enjoyable, experience. Guy Ritchie is a great coach, and definitely got the best out of me.” 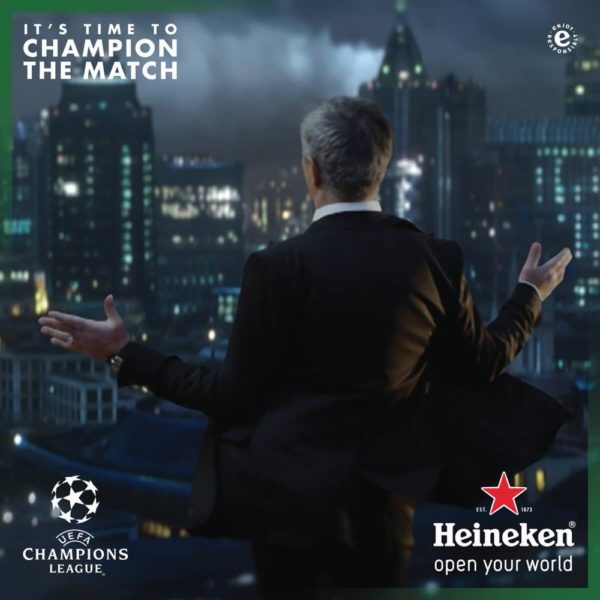 The film, created by Publicis Italia, marks the eleventh year of Heineken®’s partnership with the UEFA Champions League. The campaign includes global and regional variations of the film to suit different fan viewing behaviour around the world. This includes bespoke break and match bumpers, as well as promo tags.

The campaign will launch in over 90 countries and run throughout the 2016/17 season.

They are Young, Clueless & Newlyweds! Watch Episode 1 of LowlaDeeTV’s “This Is It” on BN TV