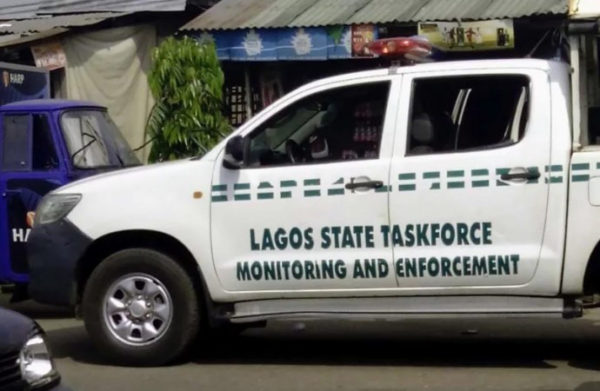 Last Friday, some police officers attached to the Lagos State Task Force on Environmental and Special Offences Unit illegally arrested residents in the Lekki and Victoria Island areas of the state.

One of the victims, Stephanie, who was raided alongside her friends at about 11:45PM has come out to share her story of how they were physically and sexually assaulted by the so-called officers.

She posted videos and pictures of the men dragging them into the cell. In one of the videos, an officer was saying that anyone that brings N10,000 will be released immediately.

On Friday, the second of September 2016, I was picked up from my home at 11:45PM by my friends Emma and Albert. We headed to Ntyce club to meet the party posse for Albert’s birthday celebration. After spending a few minutes there, we decided to change locations because it was overcrowded.

The party posse consisted of me, Emma, Ochuko, Jessica, Peace, Ifeoma, Albert, Atiku and Sam. We all headed to The Place in Lekki Phase 1 in three separate cars. Emma and I got out of Albert’s car and noticed a tussle going on and we speculated that it was probably a bouncer and someone trying to get into the club or something along those lines.

As Emma and I were crossing the street, someone suddenly grabbed me by my skirt and Emma’s bra in the process. At first we thought he was trying to rob us, we began to scream and Albert and the two other guys with us rushed to pry his hands off us. His grip was so tight and his face so determined, it was obvious he had no plans of letting go. That was the first grip of fear I felt that night. He let go only after he had torn my skirt and ripped Emma’s bra in two (I didn’t even know that was possible). The guys tried to chase him off but he brought out handcuffs and said he was a police officer.

He called out to some other men and that was when we realized we weren’t the only ones being accosted. They started yelling at us, they were armed and began to shoot in the air and shove us into their trucks. We tried to resist but they threatened to shoot us if we didn’t comply. The so called ‘Police Officers’ were heavily intoxicated and stank of alcohol. They targeted the women and roughly shoved us into their Task Force trucks. Albert refused to let us go alone, he got into the truck with us while the other two guys followed in their cars from behind.

The truck was dark, grimy and had a foul smell. There were other girls and two guys in the truck, the place was in chaos- people were crying, screaming and making calls on their phones. I was surprised by how calm I was through the whole ordeal, sitting at the back of a dark truck, bleeding from my leg and wondering if I was going to die.

They drove around for about twenty more minutes and continued to pick up random people and dragged them forcefully into the truck, all within Lekki and Victoria Island region.

One particular girl stood out to me, she fought so hard to get away from the Task Force. She had been about getting into her car when she was forcefully dragged away, she kicked and screamed for them to let her go. To my utter disbelief, one of them put his finger into her vagina. People watched helplessly but couldn’t do anything to help us because they were armed.

After a long tumultuous ride, we found ourselves in their Task Force office in Alausa, Ikeja, Lagos Mainland. The people that carried out the raid were different from those at the station.We were herded like cattle, put in a straight line and paraded in front of their colleagues like criminals. We were directed to a very disgusting room and all asked to squat, when some people refused, one member of the task force began to hit them with an aluminum rod.

When we initially refused to get into the cell, this man forcefully dragged us in. 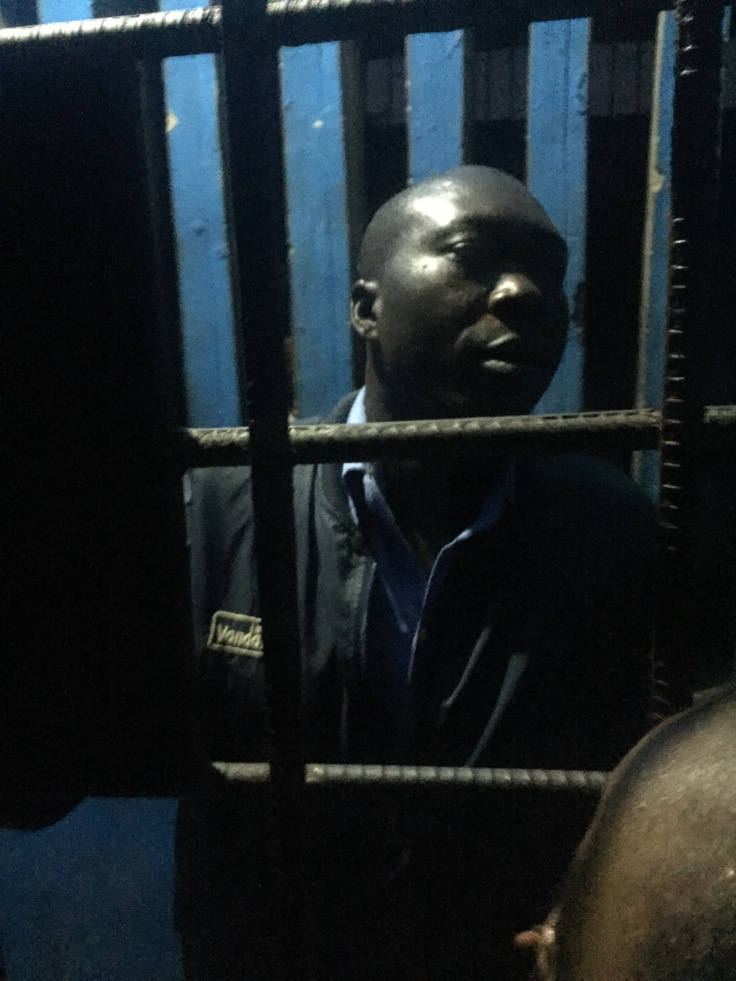 I need you to picture what the holding cell looked like. Imagine a small bedroom with a bucket latrine in the corner, the whole room reeked of urine and feces. Thirty girls packed like sardines, insects and arthropods visibly crawling on the walls, there was no ventilation and it was poorly lit. We had to stand for hours inhaling that terrible stinking cell, there were two pregnant women among us and also an asthmatic patient. Our captors refused to listen to our pleas for help, we could barely breathe in there and we were worn out, frustrated, injured and drowsy.

I had texted my friend Dayo earlier explaining the whole situation to him, he started looking for a solution from Abuja where he was. He put me in touch with an aid to the Vice President’s office who in turn promised to engage DIG Agala and DCP Adeoye, Chief of Operations of Police, Lagos State.

They initially pretended that they didn’t want money but later on, they began to ask us how much we would give so we could be released.

Peoples’ family and friends were outside for hours, pleading to bail us out for something we didn’t even do. Their pleas fell on deaf ears though because the officials didn’t allow them enter the compound till 7AM.

I and my friends were later released around 8AM after Atiku’s military contacts came through. I am unsure of how much they paid to get us out but I do know that other people paid 10-15 thousand Naira to them.

What they did is a betrayal of the trust that we put in the police. They made it an alternate source of income since they could no longer openly exploit motorists, they decided to prey on innocent young women. They are going to face justice for their actions.


Following the incident, Governor Akinwunmi Ambode of Lagos State has requested the redeployment of the police officers involved in the inhumane act.

The Commissioner for Information and Strategy, Steve Ayorinde, said in a statement in Lagos on Tuesday that the governor had sent the request to the state commissioner of police.

“The governor has sought an immediate redeployment of several of the taskforce officers from the unit, and possibly from the state, over what the he calls unacceptable conduct. The request became necessary in order to checkmate the reoccurrence of the unauthorised raid and indiscriminate arrest of citizens who were out to have fun on Friday night,” he said.

Ayorinde said preliminary investigation showed that the raid was carried out with the knowledge of a high-ranking member of the task force, but without the approval of its chairman.

He noted that such conduct was not in tandem with the vision of the State Government and was therefore condemnable.

“Their conduct is also unbecoming of officers who are expected to protect the citizenry and ensure that citizens and visitors find every part of the state safe and conducive enough, not only on Friday nights, but every day,” he said.

Ayorinde, who apologised on behalf of the government, said the state would not condone acts of high-handedness, extortion and disregard for human rights.